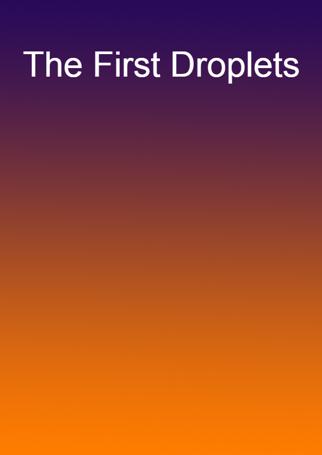 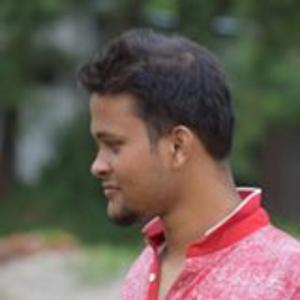 Todd did not receive any birthday wish in this new city. It has been a month since he came to the city. His continuous attempts of making a friend circle were futile. He tried to adjust by changing his preferences.

A few days ago, he went out with some of his colleagues to a small restaurant. The other boys’ discussions centred on the people Todd never heard about. They talked about the girls from the office whom Todd never ever interacted with. There was twenty minutes of conversing and 60 minutes of fighting with the manager for the Wi-Fi network. Todd’s escape from the college days to job life did not change the people around him. It was only the school days he could cherish. He always felt his life was a damp ground devoid of rain for years.

Todd got a reason to be happy today. The office was to remain closed for the three days owing to a small fire that broke in. Todd was relieved at this. He made up his mind to bring in some Jack Daniels and schezwan chicken to enjoy F.R.I.E.N.D.S. By evening, he was all set in his couch before the big tv. Time passed on and Todd was really elated in his home environment. He realised again that he was a serious introvert and how badly he is failing at being social. But, the sitcom made him happy for the time being. It was eleven o clock and the 11th episode of season 3 started when the calling bell rang. Todd attended to the call and before him stood an old man in a handlebar moustache and with a Kodak camera around his neck. He wore big spectacles. The man had an ink pen on his right hand and a notebook on the left. Todd could not recognise him and was not expecting anyone at that time. “Hello!” said Todd in a tender voice. The man introduced himself as Mr. Kishore. Todd immediately recalled him. Mr Kishore was the tenant who lived before Todd. Tanmay, the owner did tell Todd that he might have to allow Mr. Kishore a night stay this month. It depended upon Todd whether to accept the request or not. Todd had a big heart and he did accept it. “I know. I know. Please come inside” Todd welcomed him in a gentle manner. The man halted after taking some wide steps. Todd felt he was comparing the new set up of the room with his old one. “Where is the kitchen?” an unexpected question popped up before Todd. Todd clarified the question. The man asked for the directions again. Todd showed him the directions. It was awkward for a first time guest asking for the kitchen’s directions even before a proper introduction. The man opened his nostrils with a pleasant expression on his face as he entered the kitchen. “Fried Rice and Schezwan Chicken!” the man said through the smell’s help. Todd was sure of the old man being a food enthusiast. The old man opened the lid and took a spoon from his pocket. Rinsing the spoon, he took a big bite. “Perfect!” he exclaimed. “Cardamom’s smell can be felt so easily. The butter is less but effective. You have mixed the carrot, peas, cashews and raisins in the correct proportion. How can a food be this delicious at such low quantity of oil?” he asked Todd. Todd stood still and replied in a stammering tone “You have to add some water in the oil. It works”. Mr Kishore nodded with a satisfying smile. He uncovered the lid of the Schezwan chicken and took on a piece as small as nugget. “Owe God. I can feel the coconut in every bite. The sauce is thick. It’s just so much Yummy” he commented. Todd was flattered by those comments.

The night set in and Todd prepared him the bed and dinner. Mr. Kishore revealed himself to be the food reviewer for a regional lifestyle newspaper since the last fifteen years. It was around midnight and the weather turned frantic. A big storm took over the city. The trees were shaking but the rain did not come yet. However, it seemed that the first rain of monsoon was about to come. Todd could not sleep that night. It was the first time someone tasted food prepared by him and the reaction left him in awe. He recalled the days he made food to get over the solitary feeling during his college days. Nobody ever tasted them but only Mr. Kishore. He realised he was right about his cooking. He understood until he does not open to the people around him, he would die a 9 to 4 slave surrounded by skirmishes and ignorance. He realised how he chose the stream of Pure Science over the beautiful Arts just for a stable future. But, the ‘stable future’ was now proving to be a hoax created by the society. He felt how he remained a Mama’s boy for years and ignored a normal life of playing and interacting resulting in the pitiful situation he was now in. As he stood in the balcony, the first droplets of Monsoon ran across his face. A beautiful coldness engulfed him and his mind felt serene. He saw the face of Mr. Kishore in the rain and knew that his life was a damp ground that has just been filled with the kind words of Mr. Kishore which were no less than the first droplets of monsoon. A new confidence was generated by the first droplets of monsoon and Mr. Kishore’s genuine words and Todd became resolute to make his life a happier one. After leaving his 9 to 11 job, he did find things almost impossible in the beginning but as time passed by ‘Todd’s Kitchen’ became the favourite YouTube channel of all Indian housewives. Todd learnt the most precious thing in life “If you do the thing that gives you elation, Success will automatically join in a small matter of time”. Todd still celebrates the first rain of monsoon every year with Mr. Kishore and a table between them sees Fried Rice and Schezwan chicken on that day every year.