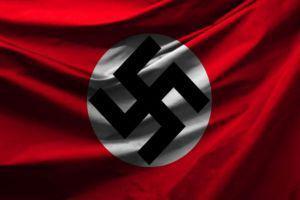 It begins with greed, hate, the desire for revenge. Eight million people killed, six years of pain, over ten thousand children orphaned, all for one man’s greed.

War is being singled out, humiliated, tortured, and killed, for the misfortune of your birth and your beliefs. Six million people were killed, for the grave crime of not possessing the prized blue eyes and blond hair.

War is being dragged from your homes and stripped of everything you own. When you have nothing left, not even the clothes on your back, you are forced to dig, dig, and dig, to dig a grave large enough for you and the thousands that will follow. War is lying face down in that grave you dug yourself and clutching your five-year-old child to you, telling her that it will all be okay. War is waiting for that bullet to the brain, just wanting it to be over. For some, the war ended right there.

War is joining the most hated army in the world against your will, when you are just ten years old. War is being exposed to the belief in the supremacy of blond hair and blue eyes for so long that it becomes the motto you stand by. War is wearing that symbol, that dreaded one of black on red, pinned on your uniform with pride. For some, war was shooting so many helpless people in the back that they stopped being people.

War is lying in a trench, rats running over your feet, gun in hand and gum in mouth. War is saving your men-in-arms, watching them die, dying for them. For some, war was killing men with families waiting for them, even as their own families prayed they were alive.

War is waiting for you loved one, while you sit at home, not knowing whether he is alive or not. War is the pain of finding a letter with the dreaded words in your postbox, war is the dizzying relief when you find your postbox is empty.

War is being wrenched from your wedding and sent to a concentration camp, still in your wedding dress. The pristine white is now soiled and dirty, just like all your crushed hopes and dreams. War is standing in a line and waiting to be told whether to go left, to the gas chambers to die, or to the right, to work until you die. War is not knowing which side to hope for. For some, war was the cold steel of reality, of realizing that sometimes, death is better than life.

But every tunnel ends with light, every night turns to day, every horror has an end.

War is surviving what nobody should, and leaving proud, only to find that every single person you have ever loved is dead.

War is surviving and being celebrated and revered, but with one less leg, hand or eye, with a part of you lost forever. War is having to live with the number that mark you less than a person branded on to your skin, never to be erased.

War is living on and on, with the horrors of what you have done, the faces of the people you have humiliated, tortured and killed burnt into your memory.

War is returning home, triumphant, only to find that your wife and child have starved to death.

War. Terrifying, agonizing, debilitating. It begins with greed, hate, revenge and ends with a prayer that it will never happen again.