Sarah was walking down the road to her deserted house in Paridhapulam, a small town around 5 km

from Manali. It was late in the evening. She had been working overtime in her office to make both the

ends meet. She didn’t even remember for how many days she had been skipping lunch to accommodate

for other expenses. If it wasn’t for this house that she had inherited from her parents, she would be on

She looked up towards the sky. The crescent moon was playing hide and seek with the clouds as if trying

to make fun of her inability to reach it. Stars seemed to have descended down the valley stealing the sky

of its ornamental beauty, shining dimly like her much coveted distant dreams. Suddenly, the valley

disappeared. A thick sheet of voracious fog now stood in front of her consuming everything tangible. It

wasn’t the first time she was traversing this path at this hour.

She had often walked down this road as a child. But that time her father would accompany her. The

moon seemed to be a distant pal then, waiting with his stars for her to reach him. The fog didn’t seem to

be hiding ghosts that would come out of the shadows any moment to grab her. Even the scariest of the

nights seemed less scary than today’s. She was 9 when her parents departed in a brutal accident. She

didn’t have any siblings or relatives except for her father’s cousin, uncle John.

Sarah was too small to understand the loss. She grieved for a while but then found solace in Uncle

John’s explanation, “God has sent your parents on a sacred mission to eradicate all evil from the world.”

“When would they return?”, innocent Sarah had asked.

“He would return them the moment they succeed in their mission.”

Ten years passed since then without a sign of her parents. The truth gradually dawned upon her too. She

knew her parents were never going to return. Even if she still believed in Uncle John’s explanation, she

Uncle John proved himself a competent guardian. He owned a decent place with a single room and a

petite kitchen in nearby village. He took her there with him. He provided her with everything that a

young girl would need. This even included consultation with an old lady in the locality to help her with

her early teen age years. He arranged for her studies in a nearby school. But his petite income was

unable to support both of them. So her parents’ fixed deposit had to go into it. Her parents had left

enough in their accounts for her to complete her studies. Uncle John never touched even a single penny

of her money, but still that amount wasn’t inexhaustible. And the day their deposits went dry to the

bottom, she proposed to him,” Why don’t you sell their house?”

“That is your house. You are going to need it someday”, he replied.

“But why am I going to need it? You will always be there to take care of me,” she argued.

But John was adamant,”I will do whatever it will take to take care of you. But this option is

inconsiderable. You have already lost enough. You are not loosing this last memory of your parents

How right and wrong he had been simultaneously in that moment. It was a cloudy Sunday evening when

Sarah had gone to make an errand to the market. Normally, Uncle John would accompany her to the

market but this time bad health or rather ill fate had kept him inside. When she returned late in the

evening, the house had turned into a pile of ashes and with it Uncle John too had gone to her parents-

lightening had struck her home while she was away. She had to shift back to her parents’ house. She got

the job of a typist with the help of an acquaintance in an office in Manali. She lived alone and the

income was just enough to support her. A few guys had tried to hit on her in the office, but she was

smart enough to see through their demeanor. Or perhaps it was the fear of loosing someone again that

kept her from allowing anyone to get close to her.

A loud blow of horn snapped the chain of memories and brought her back to present. Only then she

realized that she had been standing there in middle of the road for a long time. With heavy heart she

began walking towards her dwelling when suddenly a thought gripped her feet, “What if I too could join

my parents and Uncle John in their fight against the evil? What difference would it make to the world if I

disappeared? What reason do I have to go on with this atrocious life?”

She dragged herself towards the trench. There she stood alone, lost and detached. At a place where

guardian angels seemed to be dwellers of fairy land who didn’t fit the real life odyssey. At least not the

life she had known. If any speck of light existed at the end of the tunnel, then this tunnel was endless.

She could hear the river flowing down there, the churning of the pebbles below the icy water. She knew

in her life. Life had rendered her all alone; at least death would unite her with the people she loved. The

her sorrows. She looked up towards the sky. The clouds had disappeared and stars had appeared back at

its canvas. Just one more step and she would be one of those million stars. She smiled at them as if

greeting her new comrades. She lifted a foot to take that last step. But suddenly something began to

pull at her overcoat. She looked down. A small girl was standing there in tattered clothes, shuddering in

the biting cold. It was the orphan girl she had often seen begging at the stairs of a nearby temple. Sarah

stood there dumb fold for a moment, and the next moment she bent down to pick the girl in her arms

and began to walk towards her place. She had found her guardian angel, her reason to live. And also had

finally joined her parents and beloved uncle in their crusade against the evil!! 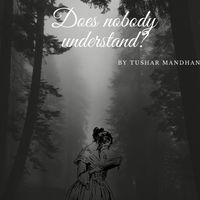 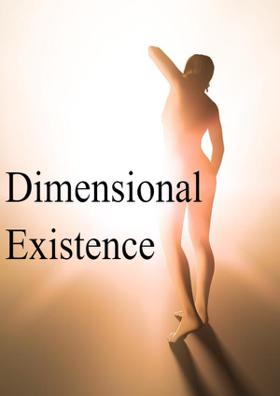 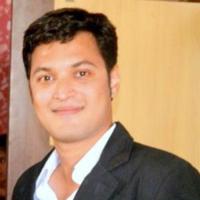 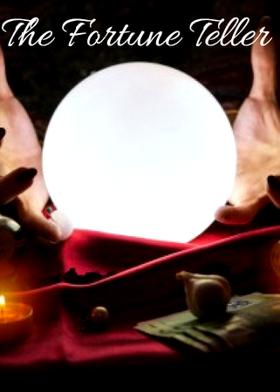 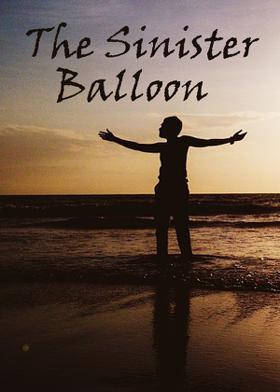 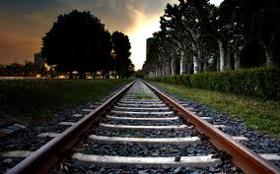 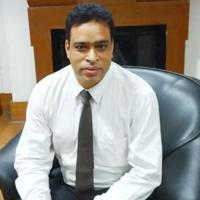