Sessions Of Time Enhanced Personality And Created #NEWYOU In Me

Sessions Of Time Enhanced Personality And Created #NEWYOU In Me

A bit confused in the struggle of life

I was a “possibility” of Time

Your touch made me “Recognition” Of Time.

We meet a lot of people in life, but not everyone aims to refine us. People believe in pushing you at the front and moving forward; In such a situation, if a person changes you to make gold from the soil, then he becomes highly respected. Every victory of life involves his image, in every victory his shadow;such a personality becomes unforgettable.

I would like to mention one such person through this platform #NEWYOU who changed my life. His name is "Swatantra Kumar Shukla". When I was first introduced to this name, I felt the independence in his name. Our training was in Bhopal and Sir was Facilitator there. First interaction was to introduce ourselves. While we were introducing ourselves, Swatantra sir was noticing everyone’s body language. His work was to teach us the core subject, but he was more interested in knowing us. He made us all frank, by telling his stories, the mistakes he did; the people he deals in his Banking life. We were all smiling, and the interest in his class increased when the students started talking about their branch ethics and problems; loans and the bad loans. When it came to bad loans, sir started telling us where to improvise and what steps to take in time. “I was the Branch Manager”, he said. “and people came like from 100 kms away to my branch asking for a loan. I inquired them why 100 kms, man?

Why not settle for a branch in your proximity? And the customer was like ‘ I want a loan, I will pay you, why are you bothering so much?’, and My answer to them was that I am being paid for taking such botheration”, sir concluded with a smile. The whole class was looking at him and smiling. “ Don’t give loans without proper knowledge of your customer, they will come and ask for money. Don’t get so creepy to fulfill your targets that you give loan to every Random person. Have confidence in yourself, guys." He motivated us. His habit was to twist his lips very frequently which added more charm to his personality. He was our friend to his fullest, but when it came to discipline; he was perfectly strict. The personality of being known to you in a time, and unknown to you when any of your faulty behavior is discovered by him. He added all of this to my personality, may be others also. He was an inspiring mentor. The second part of his session started where he asked everybody to explain a topic on the whiteboard. To me, he was like," Mam, you also have to participate."

And, I made a eye–contact with him. And whether you like it or not, whether you hesitate; no matter what’s your inside soul is saying, you have to come and explain things on the whiteboard. First of all, I was nervous in his sessions, but slowly and slowly, I started gaining confidence. A confidence that made me spiritually strong in my life. He used to keep an eye on me, possibly on everybody. With an expression that said, “ Don’t worry, I don’t leave my weak students in between, I am there for you, Hold my hand." Such was his gesture to us. “Mam, have you taken your food?”, he came to me walking, “Yes, sir." Mam, you took your meal properly?”, “Is everything, ok at your hotel where you are accommodated? Please tell me if not."His eyes looked in mine as I answered him the things around me.

And only if that feeling was good, he will believe me; else he will put on a new questionnaire for me. I was learning his personality traits. We were given tests after the session was over. He wanted his every student to blossom like a flower. Such an awesome personality, he is. “Mam, GM sir will come, and you have to tell him good about me." He smiled, I just replied a yes with my eyes gesture. Frankly speaking, when General Manager came in the class, I was shivering because he was so loud. I gave my views about the class; I know I could not express it the way I could; but I still remember the eyes of all the faculties who were continuously looking at me. It is like when you are given a chance to speak, people are eager to listen to you, no matter you stammer or you faint while speaking.

I learned this for the first time in that session. I learned to observe people around me, which I usually didn’t use to do before. I was developing my inner skills which were hidden before this session. The classes were completed in 5 days and we clicked a good bye picture with our faculties. From that day, I felt a #NEWYOU inside myself. I can say it was a rebirth of my personality by Swtantra Kumar Shukla, sir. I am a different person today, I accept challenges, I fight ambiguities and I smile with a confidence. Thank You So Much sir, for the effort you put in building and regenerating a new personality #NEWYOU out of me. 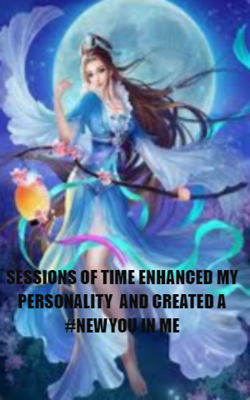