Life Lost At Price Of Hatred!

Life Lost At Price Of Hatred!

"Why again him? Why not me?", Imraan questioned his parents.

"Because maybe he's more deserving than you are! That's why!" , Inaaya answered!

Imraan, Ishaan and Inaaya were three kids of Mr.and Mrs. Malhotra, Inaaya being the eldest and Imraan and Ishaan his two younger twins.

The family here was having a conversation about Mr. Malhotra gifting Ishaan an iPhone, while Imraan nothing. However, this happened because once again Ishaan outshone himself. He had topped in his college with a whooping 94% and Imraan had just cleared on the borderline with not even first division.

Since childhood, Imraan was jealous of Ishaan's appreciations. Ishaan was an obedient studious kid for whom what his parents said was always right while Imraan had a very casual attitude towards his life.

He had a thinking that "Mere papa ke paas bohat paisa hai, Mai unka business sambhal sakta hu!" and apparently he did not bother to even study! Inaaya on the other hand was an MBA graduate who was working with an MNC and earning a package of 14lacs per annum.

All three kids felt luckiest to be born in a family where everything was in front of their eyes without even speaking!

They had been grown up in a luxurious environment as Mr. Malhotra was a renowned face in Pune. He was the owner of 6 factories and had two real estate offices to his credit.

He had so much amount deposited that even if he stops working for the rest of his life, he'd still manage to live a luxurious life for maybe 10-12 years! Well you can imagine how big the man was! And kids of this big man, growing up and excelling in the field of academics and others working in an MNC was a little different thing! But this was only with Ishaan and Inaaya. Imraan never had a thinking that even he should study and stand on his own feet and earn a living. Instead, he was completely reliable on his dad's income!

" Ishaan what have you thought next? What are you going to do now?", his dad questioned him at the dining table.

"Dad, even I want to pursue MBA just like didi did, and then work in my dream company!", Ishaan replied as both the siblings shared a smile.

"And what about you Mr. Imraan? What will you do with these wonderful marks?" , Mr. Malhotra questioned with a sarcasm.

"What do I need to do dad! You've got so many factories and such huge business, I'll join you in any of them, sorted!", Imraan replied while sipping his soup.

"Look Imraan, we all know that how renowned dad in his profession is! And all this is possible because he did hard work at our age. Even we need to work hard so that we can achieve this big in our lives, we can't just ignore it na! Who knows, when we'd require a job!", Ishaan explained his younger brother.

"Oh! Please. No more lectures, not atleast from you! You concentrate on your MBA, your MNC, and your dream job, you don't need to tell me what do I've to do with my life, Mom is enough for that. And also, you're 2.5 minutes elder to me, don't try to act as of you're 2.5 years elder! Got it! And BTW, congratulations on your new phone! Afterall you got another chance to let me down know!", Imraan said in anger to Ishaan and left in middle.

This heated conversation made the family tensed. On one side where Ishaan was trying to explain some good things to his brother, the other side Imraan found it another lecture and left! Dinner was like another day of the month, left incomplete.

"Don't worry Mom, you know how arrogant Imraan is! He'll take time but he'll surely understand. I'll talk to him!", Inaaya assured her parents and went to sleep.

A few months later, Ishaan had his entrance exam. Everyone wished him luck, while Imraan didn't even wave to him. His jealousy for his brother had reached its peak. He thought that Ishaan was more loved because he was so successful in his career but didn't realise that he was successful because he was loved and motivated by the family all the time.

Soon the results were out and once again, Ishaan proved that hardwork pays off. He had achieved a percentile of 94.25%!

"It seems 94 is your favorite number!", Inaaya replied with cute laughter!

"Even I think the same di!", Ishaan answered.

"Now if all this is over, can I get my coffee Mom? Or if it is going to continue for another 2-3 hours, inform me well in advance so that I can arrange for my dinner too!", Imraan interrupted in between the celebrations and spoiled everyone's mood.

"Mom, it's ok. You give him coffee first. Don't know for how long he has been waiting for it!", Ishaan asked in a polite voice to his mom, took the laptop and went to his room.

"Imraan, here's your coffee.", his Mom said as she handed over the sipper to her son.

"Imraan look, I'm not here to scold you or anything like that, it's just that, why do you talk so harshly with your brother? He's not your enemy child, he's your twin! Your well-wisher. All that he's been saying is for your own benefit, not for fulfilling any of his selfish motives! Please be polite to him.", Mrs. Malhotra gave an attempt at explaining Imraan something which was the most difficult!

"Mom, I had not expected this out of you! Were Inaaya di and dad less than now you've also started! Why the hell everyone in this house busy explaining to me what Ishaan feels about me? Why can't somebody go and explain Ishaan that I'm his younger brother and he need not always flaunt his scores, his grades, his new phone! And if I was so dear to you all like him, you would've gifted me as well a new phone!" Imraan shouted at his mom.

"Imraan you're getting your brother wrong!"

"Mom please. It's done for the day. I can't bear his appreciations anymore. If he's so dear to you, then you go with him, and please swtich off the lights while you go.", Imraan said in a high voice, took blanket over him and went to sleep.

With a sad face, his mom left.

Years passed and Ishaan completed his post graduation, earned a lot of perks for his exceptional academic and co-curricular activities. Both the boys had turned 24 and Inaaya 27.

By this time, the extended family of the Malhotras were all in praise of Ishaan's achievements and his bagging a job in his dream company. Yes! Ishaan had made his dream come true. He had got his job in the company he had always wished of. While, on the other hand, Imraan was still struggling with what to do next! All that had changed during these years was Imraan's looks. He had got one of his eyebrows pierced, got himself a tattoo on his right arm and managed to get an Audi from his dad.

But what hadn't changed was Mrs. Malhotra's worry for two brothers and Imraan's hatrer for Ishaan. This was still the same.

But something more miserable was waiting for the family!

It was december when Ishaan and Inaaya had managed to take a ample amount of leaves from their offices to spend some time with their family. They had planned a trip to the eastern side of the country.

"Mom Dad Imu, how are you all?" , Inaaya hugged each of them as she returned home.

"We're good, how are you dids!", Imraan replied.

"Leave me, you tell by what time is Ishu going to reach? I'm so excited to meet him!", ask them about this! Imraan replied as he had no interest in asking whereabouts of Ishaan.

As the clock struck 9:30, all of them waited desperately for Ishaan for it had been 6 months since he had visited them.

But instead, came bad news.

Ishaan's car while way from the airport to home had met with an accident. He was admitted to the hospital in a very critical situation.

Mrs. Malhotra was in shock! She couldn't believe her ears!

"Mom, get up let's leave for the hospital!", Inaaya asked her mom and soon all four left.

"Madam, we shall give you no false hope. Ishaan's car has been hit by a truck carrying around 60kgs of cartons. The driver has already lost his life. There's some hope of saving his life only if we have anyone with a B Negative blood group. We don't have much time. Please inform us soon because we don't have the same in our blood bank.", the doctor said and left.

Now the family knew that only one who could save Ishaan was Imraan. Only his twin had the same blood group as that of Ishaan. But this didn't make family happy, rather they were tensed as they knew Imraa would not so easily agree to give blood to Ishaan!

And the same did happen.

Even after convincing so much, Imraan did not agree to give his blood to his brother. Jealously at this stage had come in between two blood relations!

Ishaan had left the family. His luggage, his memories were only left with the family now! They couldn't believe that Ishaan was no more with them.

"I couldn't save my son! I couldn't!", Mrs. Malhotra said to Inaaya as she sobbed inconsolably.

"No Mom, not you, it's Imraan's envy for his brother that took away his life! I don't know what was in Imraan's mind that he was ready to see his brother die in front of his eyes but not save him!

Mom you are not at fault. And neither is Imu, it's all fault of jealousy between the two that it took away Ishaan from us!", Inaaya consoled her mom and both hugged each other.

Unfortunately, this time not the love, but hatred won! 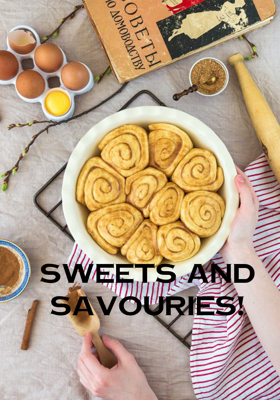 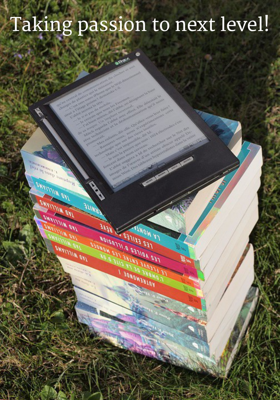 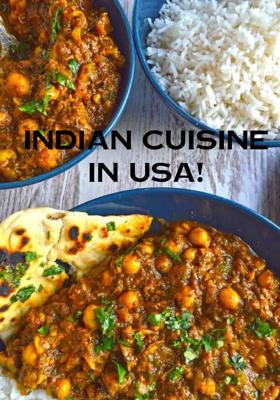 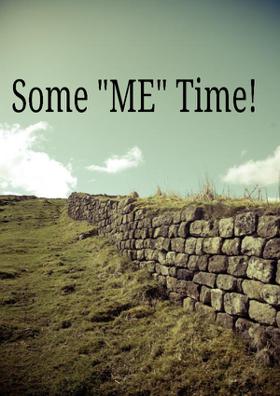