Radhika's whole world came to a stop at the mention of that name... It always did this to her...Made her senses go numb !!

"Sorry ... Wrong number ..." she disconnected the phone. But today unknowingly someone had re-opened that page in the chapter of her life which fate had shut a long time back.

Tears rolled down unchecked unannounced...Radhika washed her face to stop any more tears, wiping her face she stared at herself in the mirror...

"Dimples are characteristics of Librans" ...This sentence intrigued her enough to look up from her book and find the source of it... There he was, talking to his friend. Suddenly her boring train journey showed signs of getting interesting.

Zodiac signs were her favourite topic and a guy talking about it was good enough reason for her to be eavesdropping... Well, he did have some knowledge about signs. ..Thought Radhika while checking him out.

Intelligent ... Hmmm need to find out

Radhika giggled to herself while analysing Rohan as per her checklist. Rohan was describing the characteristics of a libra to his friend...

"And not to forget... Librans are very lazy "

" No ways !!" blurted out Radhika loudly before she could stop herself.

"That Librans are lazy," she answered in response to his raised eyebrows.

"Can you prove it ?" He said and that's when she noticed his eyes. There was a shade of brown to them...Dark brown.

" I can but why should I prove anything to you."

Such arrogance but something was irresistible about him...

"And you must be a Sagittarian!"

"Wow," he seemed genuinely impressed and that's how their stars clashed!

This was Priya, her boss. Priya was supposed to attend a seminar in Bangalore in 2 days and now was asking Radhika to attend it coz her son had fallen sick...

"Sure dear," said Radhika remembering that Priya would have a big say in her promotion that she has been waiting for and also she liked Priya.

Seminar was going well, Radhika found it interesting for a while but now had zoned out of it and was lost in her own thoughts. The announcement that bought her back was that lunch was served...

Radhika got up for food but as usual, dropped her phone and it went right across the floor. Before she could set her bag down and go looking for the phone, someone had brought it to her...

"Thank you," she looked up and was surprised to see him... She had not forgotten those dark brown eyes...

"Hey, I know you...aren't you the same Libran from the train"... Looks like neither had he.

"Radhika," she introduced herself.

During lunch, they found out that both worked for the same industry. Rohan was informative about a lot of things and Radhika found herself liking the conversations.

Evenings were free and they both decided to explore the city. Both had a good time together and didn't realize that it was time to say good night. Lazing on the bed, she realized that she was already looking forward to meeting him again.

This is how it started. Even though they met as friends, there was a spark between them that both felt.

Once back in town, routine caught up. Though it seemed like a distant dream, Radhika looked forward to meeting Rohan again.

Friday rolled through with the hope of weekend. It had been a tiring week and though she had no plans as such, sleeping throughout the day seemed a blissful plan.

Sharp 9 she logged off not waiting for any more email to drop in needing her attention. On her way out of office, her phone beeped to life indicating an FB notification. It was a message from Rohan asking her out... it bought a huge smile on her face.

"This is exactly the expression I didn't want to miss," Rohan's voice surprised her. She couldn't believe it was him, here at her office waiting for her.

"What are you doing here???" She asked hoping to hear what she knew in her heart.

Last few months had been beautiful...Smiled Radhika, lost in thoughts while making circles on the back that lay snuggled with her. Blushing at the memory of the previous night, she hugged in closer... How a chance meeting had changed everything in their lives.

Days together were beautiful and nights couldn't get better, Radhika thought admiring the man sleeping in her arms. Rohan was now travelling down whenever he could.

Her phone vibrated again indicating the 7th missed call from him. "Can you just stop talking?" she thought in her mind, but alas this meeting was gonna be a long one she knew.

Radhika couldn't get herself to concentrate. Too much was happening too soon, but it still seemed perfect. Her mind wandered to the previous evening's phone conversation

"Yaar !! Are you Librans ever able to make any damn decision ?!!" Rohan faked irritation.

"Yes !! Didn't I decide to love you?" cooed Radhika trying to defuse his mood.

He was right, making decisions were a big challenge for her, she just couldn't decide on anything without a 2nd opinion.

Radhika had butterflies in her stomach, very happy but it was a big decision. She knew she wanted to say yes but there were things running in her mind.

"Will he think I am too desperate if I agree immediately?" "Is it right to do this?" "Does he really mean it or just saying for formality?"

"I really mean it !!" Rohan's voice broke through her thoughts. Did he just read her mind??

"I know you will want to overthink on this... so take your time. I am coming to Bombay on 26th Nov for the joining formalities, be ready with your answer by then," Rohan eased her dilemma a bit by saying this.

"Radhika!"... someone calling her name jolted her out of her frenzy of thoughts !!

F*ck !! Ajay, her boss was asking her to sum up the meet and she had no clue what had been discussed for a while now

"Actually Ajay, I have a question ?" Pooja, her bestie at the office, kind of took the cue from the look on her face and came to her rescue. Phew !!

The meeting was wrapping up and Radhika took a quick moment to check the latest message from Rohan.

"Waiting for you at the station. Plan our usual. I am sure you'll be late, be ready to pay for it !!"

Plan as usual always included Gate of India, sitting by watching the sea and kebabs from Bademiyan.

Walking out of the office, Radhika was calculating her time...09:20 hmmm another 20 mins max it should take her to reach.

Her phone rang and she answered eager to hear Rohan's voice. But it was Pooja, her friend asking her if she was fine and she sounded in panic... Radhika asked her to calm down and assured she is fine. "Hold on, Hold on Pooja !! I am fine, but what's wrong ?? What's up with you ?"

" I was shit scared babes..check the news, there is some terrorist attack on CST !! "

The phone rang again..this time jolting her back from her thoughts. Back to the present, where she had kept all this shut closed buried in one chapter of her life

That day she had lost her everything before even getting it... Looking at herself in the mirror, tears streaming down her face she thought of the brown eyes with the typical Sagittarian arrogance in them. Her lost Sign... 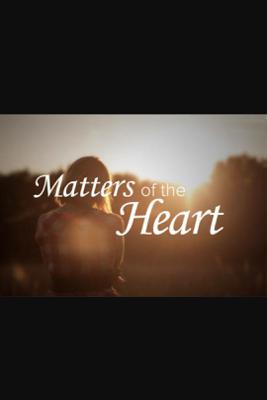 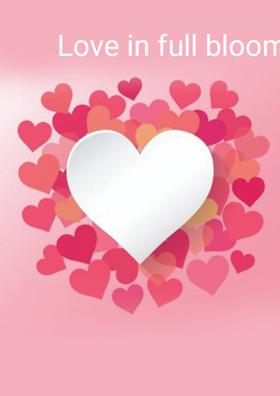 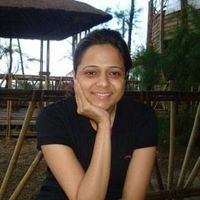 Of Wish and Promise