Many decades ago, my family members along with friends and relatives went on a visit to the annual trade fair. It was a yearly ritual for us to bond among ourselves and connect to each of our family members. The trade-fair-ground was located on the outskirts of the city. All of us gathered at our home as the common venue and boarded a minibus exclusively arranged for the destination. The spirit of bonding resulted in sheer ecstasy.

Inside the bus, we clapped hands in chorus to various filmy numbers rendered by expert singers in our group and waxed rhapsodic. We gorged on salads to keep our appetite at bay. Our bus became the source of cacophony amidst the traffic. It was also the cynosure of all eyes with emotions of joy stirring.

After 3 hours of commute, we reached the ground where two arched entrances beckoned us. We bought a total of 52 entry tickets and ushered ourselves in. We got through the security checks, one by one. Since our numbers were large, we were treated to special lucky draw schemes and a reasonable amount of discounts at small eateries and recreation parks. A discount carnival that!

As kids, we were the most pampered lot. We jogged by the numerable stalls that fancied our eyes. Among all the items, slippers garnered maximum appeal, as they were disposed at throw away prices. They were quite fascinating in their designs and rates. Each kid was showered with an attractive pair with hefty discounts. Smiles were writ large on all the little faces.

In the meanwhile, candy ball hawkers had a whale of a time, who sold them to every kid that crossed them. Children were buoyed by the sizes and colours of these candies..Attractive pink and lemon yellow were the most sought.a

Kids also enjoyed the train ride that plied all along the borders of the exhibition covering the minutest events of the ground.

We entered the refreshment stalls that sold huge pappads and bajjis. This venue was overcrowded, given the crunch - munch taste of the pappads. There were many visitors who gatecrashed straight to this venue to get themselves, their lion’s share, overlooking other aspects of the trade fair. Such was the “Pappad mania”.!!

It was time for the most amusing event. The giant wheel. We bought the tickets well in advance to experience this colossus. Though all the kids were eager to get into the wheel, I was quite frantic. We lodged ourselves into our respective seats and harnessed the belts. My nervousness peaked. This was my first time into the giant wheel. After everyone settled, the person in charge of the huge wheel turned it on. The initial circular movements were tolerable, but as the wheel gained momentum and seeped into its rhythm, my head also began spinning according to the circular rhythm. It was like a rapid fall from height and regaining back repeatedly at great speed in a circular motion that reached a crescendo. . Rest of the kids gushed loudly in delirium and waved their hands to the onlookers because they felt like they floated lightly on misty air. But I was a loner grappling in total fear which notched higher with every successive round. I could feel my heart rush out of my body, my belly grumbled, my lungs fluttered with every breath and my nerves crackled. I was almost on the verge of throwing up, when the wheel gradually began slowing down. My fretting nerves dwindled and I rejoiced at its halt.

What ensued was a cry of nervousness from me. But the other kids rode on euphoria. They felt as if they had explored a new horizon.

That was the first and the last of my giant wheel experiences, which was indelibly etched in my memory forever. And never again did I dare to even stare at a giant wheel after that fear-filled incident. 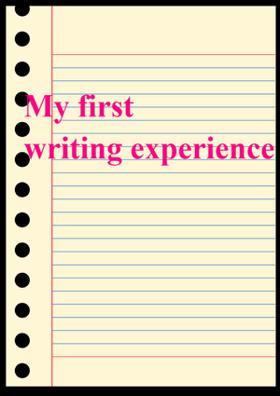