Once upon a time, there was a beautiful village named Mithaipur because it is famous for mithai for many generations.

There lived a poor family of six, the grandparents, the parents, and two children. The father works at a temple as a Priest and hardly earns a penny to feed a family of six.

Every morning, the father leaves for the temple by 5 am and walked for miles from home as they could not afford a bullock cart and the temple was far from home.

One fine day at the temple, all the villagers had gathered for a special meeting held by the Panchayat as in the next week there was a festival and they were planning to arrange a fair.

Father was given the special task to take care of God's jewelry as they will be putting on it once a year.

When the day arrived, father got ready to leave. His son asked him whether he can accompany him as they did not have enough money to sit on the rides. So he thought that it would be fun to at least watch the ongoings of the fair.

After much persuading, he agreed to take his son Ramesh with him. After reaching, he asked Ramesh to fetch some flowers from the entrance. While walking towards the entrance he heard some voices from somewhere and he went closer to hear but then he remembered that he had to collect flowers and hurried back to his father.

As soon as the maha pooja started, there were a huge number of devotees around entire tiny temple worshipping greatly as it is being told that God always listens to people's prayers once a year during the maha pooja.

Suddenly, during the pooja there was someone screaming for help, it was the village head as his daughter was missing.

Everyone was taken aback and rushed in search of her, on the other hand Ramesh ran directly to the place where he heard some voices earlier in the morning.

He went further through many doors and it was looking like a hidden cave where no one has talked about nor seen it including his father and he knew that he is too small to take up such a dangerous mission but thinking of the village head's daughter, he mustered up his courage and crawled back to the inner cave, the strange voices were becoming clearer.

Finally he found a beautifully carved door with a heavy latch. It was locked!

Luckily, he had a small dagger with him which his mother always kept in his shirt sleeve. Using the same, he managed to open the seal and to his surprise, he found huge piles of gold bars stacked in an old rag and a box full of temple jewellery.

As he was not attracted to such luxury he went to search for Reema (the village head's daughter), finally, he found her unconscious with a rag in her mouth.

Without wasting a minute he immediately took her out of the door.

Alas! They were a minute late as the dacoits were approaching them. He couldn't carry her and run for help but he promised her that he will be back with help and left her in the same place and ran like a hare.

Finally, he could see some people near the outer cave door and began to shout for help. The villagers rushed to his aid and got hold of dacoits and beat them to pulp.

The village head was pleased over the little man's bravery as well as he discovered a place which no one knew.

They have announced a prize of 25k to the family and full-time education for both the children.

The family lived happily ever..... 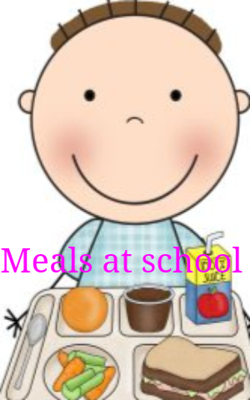