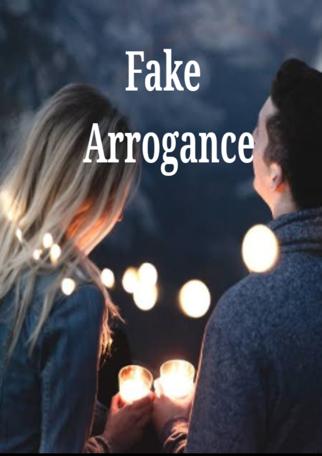 Interview completed, and I got selected for a job in one of the best companies of Bangalore named Orchid Industry for clothes. Everyone wants to get a job in this company for its name, fame, and standards of clothes in all over India.

Getting this job was only the option for me as I have always struggled to make my mom happy. She never made me realize that she had no money even to feed me. She has seen those days in her life when she slept with hunger just to feed me. My dad was a blurry image in my life, I don't remember him face that how he was looking!

My mom told me that he left her for another woman without telling her and one of his friend Siddhu came and told my mom that your husband is in relationship with another woman and currently he is in Mumbai.

Anyways now mom and I don't discuss him. Yeah! I want to make her proud and happy. Today is the 1st day of my job when I was given a target project to present among all the staff including CEO of that company named Piyush Shetty. He is well known and credited for the fame and success of the company. Another interesting thing is that he is also most famous as a crush of many teenager girls for his fashion and looks. I saw him in his cabin wearing a black professional jacket and that spiky grey hair, Oh My God! he really looks so handsome.

Well, later I went confidently to the meeting room and started my presentation about how we can market the best qualities of clothes at cheapest price which I prepared whole night with many efforts. After the presentation everyone clapped and seemed they liked it a lot, but that arrogant CEO left without saying a word. I felt bad because I prepared the best in lesser time, he could speak at least about my mistakes if he didn't like, but nothing he just left. I felt that he is just nonsense, egoistic and I Don't understand why girls are dying for him, i thought may be for his looks.

This is how One year passed facing his arrogance, Today is the celebration of Orchid company and success party which we achieved in the year of 2018. Everyone was congratulating me and thanked for making the company proud. One of the colleagues Rohit came, hugged me and congratulated. Rohit is the best friend of Piyush Shetty and he always flirts with me even after knowing that I’m not interested still we enjoy each other's company.

Everyone was enjoyed the party, it was only Piyush Shetty, who was just sitting with a few business people and discussing something at a corner.

Ohhh God, This Piyush sir is too boring, I said to Rohit, He smiled and said can we please change the topic. I said, yeah!

One day Piyush sir was in a meeting with a group of 50 businessmen in the meeting room where no one could come or any type of disturbance were not allowed because it was one of the biggest deals for the company and I think there was much of stress of work also which we were facing. I was just searching for a file in his cabin. suddenly the phone rang, I didn't pick but again and again it was ringing so I answered the call and it was Seriously urgent. I didn’t think for minutes and went to the meeting room. When Piyush sir saw me, he became too angry on me, shouted in front of everyone without listening to me, still I went inside and tried to tell about that call and tried to make him understand about urgency, but he slapped me. I cried, directly came to Rohit, finally, I resigned for the job and left away.

Rohit followed me and tried to convince me.

He asked me, “What happened? "

I explained to him that, " I just wanted to tell Piyush sir about that call and that call was from the hospital". There was someone on the call saying that your grandma wants to meet you for last time as she has only around hours to live, want to spend her last time with you So please come fast. I cried loudly and left from there.

In the night my mom came to me when I was crying, I told her about incidents. She pampered me very nicely then the doorbell rang, and it was Piyush Shetty, He requested my mom for taking me out, I denied but my mom insisted so I just came with him in a frustrated mood, later he took me to his home.

His house was like a palace of a Prince, it was something which I haven't seen even in my dream.

All the arrangements were well planned looked like it was for welcoming someone. Decorations included such as rose petals at the entrance, violins players, romantic song and then he proposed me at that entrance only. It was shocking when he took me in a room and shown me a portrait of mine. It was like capturing all mine activities speaking, working, laughing, my opened hair and that red guan which I had wear in last success party. All corner was looking like a dream coming to be true, there was bouquet which he threw in the dustbin when I wished him for birthday because he hated flowers. I asked him about these things, he just hugged me tightly and cried.

He told me about his life that my grandma was only my life because my parents died in an accident. Since then I’m living with her and today when she needed most I could not meet her and there he played a short memory on the projector of him showing grandma's lovable moment.

Then he said that I know, you think that I’m not good and egoistic but my situations in life made me so. I achieved whatever I wanted in my life, I never believed in love but whenever I saw you, I felt that I’m melting for you and this is the reason I pretend to hate you because I didn't know how to express love.

1st day only during the presentation, I could not compliment you because I was lost in you and didn't focus whatever you said, this was the only reason I could not speak a word in front of everyone. In success party when you were looking gorgeous in that red dress, I wanted to say that you are the most beautiful girl in the world but then Rohit came and hugged you. That moment I became jealous and went to the group in a corner to discuss business. You have no idea that instead of discussion I was just looking at you again and again.

The incident of today when I slapped you that was the most regrettable and I injured my hand because I slapped you. When i saw his hand it was banded and still bleeding was not able to stop. He said, Today after my grandma left me, I realized that you are the only one with whom I want to cry and wanted to share everything and decided to tell you what I feel for you since long.

After listening to him I cried and wiped his tears, he hugged me and said I arranged everything just to propose you so that you can forget all bad thing which I did.

After saying sorry, Piyush Sir seat down on knee removing the ring from his pocket, he asked Samantha, could you please forgive me and marry me?

I told that, hey... I went to the hospital to meet your grandma, she handed me a letter and died. He opened a letter it was too emotional when he started to read about the love between grandma and a grandson. It was also written about marrying Samantha, then I got to know that grandma knew me very well and that reminds me of the happiest smile on her face when I went to the hospital as she knew that I would come to meet. She held my hand but could not speak but yes, her tears could talk a lot. I said I love you grandma and I will always take care of your grandson as you wished.

I said Piyush sir, I also love you form the beginning but every time your arrogant behavior tried to kill my feelings for you.

Then we came to closure, I kissed him, he hugged me more tightly and that is the only the best day of my life.

Everyone has seen that arrogant man but I’m the one to see sweetheart hidden within him.

Today is our 5 the anniversary where you can see him happily talking and making funny comments about our group. This time the party was much enjoyed by him because I’m busy with our one-year son name 'Sam'.

In the crowd I saw Piyush’s face, it was the smile which I always want to see on his face and I’m very happy to be the reason for his happiness.