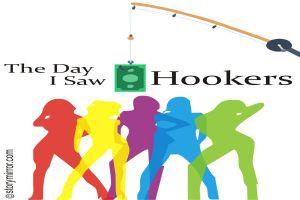 Splendid evening, to celebrate and commemorate something special was behind us. We stood at the porch of one of Delhi’s newly opened 7 Stars, wishing for multiple reasons that the valet made a quicker appearance. Strain of unseen and unheard of cars came and went. Stating some truth, as much normal as BMWs and Audis have come to become in our country, we still want to have a quick glimpse. And why should we not! Those beauties, those glistening metal babes, its a shame that they have to be even driven. Well, so another shining sedan entered the scene but we were sort of bored now. One girl, Russian I guess, crazily tall and disturbingly beautiful stepped out, trying to sport grace and grin at the same time, giving away the phoniness of it all. I wasn’t looking as it is rude to stare people up and down. Not like her naked and shapely legs were something without which my doubt about her wouldn’t have found reason to be believed.

Doubt ? Why am I thinking this way. Why should an unusually short skirt and a more-than-you-can-imagine-racy top make me feel like I felt. Switch off! No more thinking about how others have dressed. And certainly no more assumptions about how people earn their living.

A middle aged man stepped out from the other side of the car. Don’t you let yourself think that I was killing them with my stare. I just knew. Probably that’s why god made something called ‘corner of the eye’ and that’s exactly why we, women made it into ‘I saw it from the corner of my eye’. We love this phrase. Had it not been for this bunch of words, tea time would have been so boring. Everything was coming back to normal. The jaw-drop situation was mitigated by treating myself to a few rebukes. That’s when, after walking to the hotel gates, the macho guy shook his wrist and let his seemingly gold plated bracelet fall free to the tip of his wrist. His properly combed back hair reminded me of his gangster look alikes from movies. Almost entering the hotel, he jolted and swung his hand at his girls who were still standing near the car, waiting for instructions. He uttered a plain, “Come”, in a tone as if to announce and assert his ownership over the girls. To his command, the girls, sprung to life and followed him into the hotel, wearing no expression at all. By this time I was sure. By this time I had allowed myself to let my imagination take me where it wanted to at first. By this time I felt my brain squirming inside its socket, thirsty for more information about them, their life, their daily bread, their employers, their owners, their share in the business they brought, their pimps, but most importantly, their husbands and their kids, if there were any. I wanted to ask them who forced them into this, or that how were they discovered. How was their inability at ensuring food for themselves exposed and exploited by the dogs of the game. Did they feel bad. Did they not? Were they hit. If yes, then how frequently. How severely, by whom. How did they hide their tears. How did they teach themselves to not cry any more.

My heart felt itself falling into the void the situation had created. For a moment I felt like taking them home. Rescuing them. Hoisting them on my money till they found a respectable source for their own. But, such thoughts grace us with their vagueness only for few moments, after which everything is clear and the troubled deer enters a clear green patch knowing his place in this world and that of the others. With such enlightenment, comes the realization of their life being their’s. How did I know that they wanted to be rescued. I did not. Who told me that they didn’t like their job. No one. I assumed. I assumed because as per me, this wasn’t NORMAL. And the definition of NORMAL, my friend is the slave of each one’s discretion. To each, his own. And that is the beauty of life. That is what allows our inner conscience to feel bad, to be wanting to help, to realizing the irrelevance of our help and to coming back to living our NORMAL lives.

May everyone be allowed to enjoy his freedom. Hookers and beggars alike. For if they were not liking it, for if they wanted our hand, for if at all they wanted to be rescued, they would have asked for it. And if they have not, then we better get jealous! They have a job which they like, unlike us who plan on getting degrees, sweating it out to the corporates and imagining life with wife/husband and two kids living in a legally earned house. That’s boring, eh? Cheers!

The Day I Saw Hookers