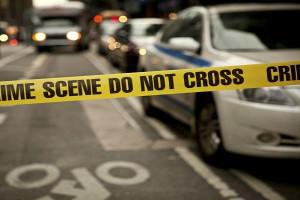 10 High Profile Criminals And How They Got Caught
★★★★★

No. 1: Too foolish to tattoo his chest

A gang member from Los Angeles named Anthony Garcia got away clean with his murder case linked to a liquor store robbery for nearly four years until his tattooed chest dragged him behind the bars. The gangster got under the radar because of his unique tattoos, which got noticed while posing for a mug shot.

No. 2: Expired license plates get thieves-cum-kidnappers into trouble

Brittany Elder, Trent Blye, and Joseph Davis did everything right from stealing a gas station attendant’s car and kidnapping him at the same time. However, (call it a misfortune) they got pulled over by the police for not following the registration policies. Stepping over the opportunity, the kidnapped attendant kept shouting and banging from inside the trunk until the police unveiled the entire drama.

No. 3: Bicycle thief got the wrong customer

57-year old Marque Moore was in the bicycle and spare parts robbing business since a long time. Unfortunately, Moore happened to sell a stolen bike online to its owner. This was as silly as a criminal applying for one of the criminal justice online programs and revealing his identity regrettably.

No. 4: Worthless bragging on social media

Heard about a 19-year old girl robbing a bank followed by car robbery? No? Well, it actually took place. Only to publicize her dumbness after being overexcited with her master robbery, she posted a video on YouTube boasting about her robbing mastery.

In Columbia, two thieves had robbed an entire internet café and fled away on a motorcycle. The only mistake committed was that one thief forgot to sign out from his Facebook account he was using on one of the computers. The credit went to the intelligence officers who probably studied pretty well in their bachelor of criminal justice program.

James Allan, 28, insulted master thieves worldwide after getting caught in the confusion whether to pull or push the exit door of a convenience store while escaping. Wasn’t that similar to a comical scene in Snatch?

No. 7: No regret, no improvement

Even after being released on parole, perpetrator Richard Almaraoui continued being nasty despite the electronic tracking bracelet installed on his ankle by the police. He broke into an apartment and stole a student’s laptop only to be locked up in a cell.

No. 8: Another getaway vehicle with lazy registration

Timothy McVeigh had initiated a deadliest terrorist attack on American soil after the infamous “9/11”. The historic intervention of Charlie Hanger, Oklahoma State Trooper, witnessed an unregistered vehicle while returning to the bombed site. Nervous McVeigh’s bulged jacket hiding a weapon caught Hanger’s eye and he was taken down immediately.

Ted Bundy was recorded as one of the craziest murderers in the history as he was a necrophile. This notorious killer preferred beautiful women to ruthlessly kidnap, rape, assault, and kill them. Bundy was finally caught while attempting to evade suspiciously. Sure, this case would be studied by criminal justice master’s degree online students for years to come by.

No. 10: Son of Sam’s fire hydrant and dog story

Who would have thought that his dog unable the resist the urge to stay around a fire hydrant could arrest the most infamous serial killer? After being eye witnessed by a woman while tearing his parking ticket in front of the fire hydrant, David Berkowitz was arrested.

Any criminal justice aspirant would desire to be honored for arresting these top 10 high-profile criminals. What made the policemen and intelligence officers worthy of appreciation was their experience and of course, education.

10 High Profile Criminals And How They Got Caught