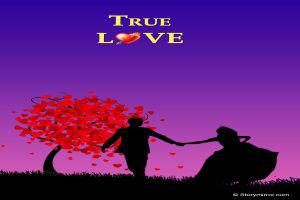 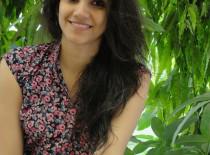 "What is so special in that movie Interstellar? You keep talking about it. . Why do you like it so much? It is not that good. You have not seen other more logical but less hit classics." He asked.

* She Laughs*
"I don't know, there is something so surreal in it. The way they transcend through space and time, I wish I was one of them. Travelling through space, exploring time. I don't know..its a visual scenery, I just get sublimed by it"
She took a pause and said -
"Also the fact that love crosses all dimensions and is the only driving force of life..I ..umm..It has some meaning, right?"

"Ohh! Haha, now I know the logic. Your whole obsession revolves around this single dialogue. So typical of you." He Giggled.

"Wait..What? Of course, its true." She looked annoyed.

"Does love even exists?" He asked with straight face.

"Okay!! You might have heard about Prairie voles. Have you?" She asked.
"Carry on" He said.

"This particular mammal is totally monogamous.After mating, they pair up for life.If its mate dies,it won't choose another mate. Instead it'll just die alone. What force is holding them together? Love, of course. She explained.

"Something Funny?" She is clearly annoyed.

"No, you should have scrolled down and have read the whole article. Below it is mentioned - Love is nothing but oxytocin. Plus, we- The Humans were made to mate, be in love till child reaches age of around 4-5, so that he could protect himself, and then both the partners or one amongst the couple should move on. The latter may find its mate as per choice."

He took a brief pause and said

"Much like Lions,Tigers, we are born predators. We pretend love exists, much like money, fa...."
He didn't complete the sentence because he saw her rolling her eyes. He smiled .

"Then why do we love only a single person in this entire universe? Why we find only a single face attractive among billions of faces? Why there is only one person who pops up in mind when it rains? Of course, you can fall in love several times but why it is equally true that there is that one person....always... whom you love more than others?" She asked.

"Love is a voluntary accepted illusion.The sexual love,I am talking about. If you go out and make love to a person tomorrow, you will fall for him, for at least a few days. Why don't you try that? "He asked.

"Eww..Why are you always so creepy?"She asked making a weird face.

"Why are you always so stupid? Go and try to love someone. You only get one life." He said.

"I have loved you, I cannot love anyone else." Not a tear, but there was indeed something moist in her eyes.

"That's the whole point. I want you to move on. Go and get a life for yourself. What happened between us was not love, it was just some made up illusion that you can make again.Go and try." He said in angry voice.

"Are you an illusion? They say you are." She asked.

"Maybe I am, What do you think about me?" He asked.

"I don't know. I told you - True love transcends time and space. You are not real I know, but you are too true to be an illusion. You are something and somewhere in between. I have loved you the way I can never love anyone else." She said trying to hold his hand.

He smiled for a moment, knowing that she still loves him too fondly. But subsequently, as if, something else popped up in his mind and his smile was replaced with frustration.

"I am not real. I am in your brain, a part of your memory. I was dead 2 years ago and this is the only reality. I am a figment of your imagination. Just stop thinking about me and move on, with your life. Stop preaching lessons about true love to everybody, find a good man and get settled with him. I remain sick worried of you. I want you to be happy..Please, for my sake... try to open out to world. Get out of your void..get back to life." He pleaded.

"How many times are we discussing it? I told you, I cannot love someone else. I know you are no more but why does that mean, that you are gone from me? She took a pause.

She Continued, "Listen..a part of you still lives in me and no one can take that..not even you. If I had a little more love to give. I will either give it to you, or would seep it inside me, for myself. I won't share it with anyone else.I cannot search love outside, rather I would search you inside me and would nurture our love via loving myself." She said.

"How illogical, you won't change." He said in a clear annoyed tone.

"How ironical, you won't change. She tried to ape him.

She Continued" You are the one who keeps coming from other side to console me everyday and still tell me that love doesn't exist? Even Death didn't change you, you are same - stubborn and contradictory." She laughed.

"Listen...you should not...." He was to say something.
"Shhhh... I love you" She said.
"Don't do this..." Suddenly his voice seemed distant, echoing and distorted.

It was the time when the curtains were slowly allowing some light to get into the room. She opened her eyes and first thing she saw was his photograph. She tried to close her eyes to fall back to sleep and to let him complete his sentence but it didn't happen.

She knew he was there for real. She remembered everything in detail. For a weird moment she thought, maybe it was just her imagination and she was crazy but she jerked off this thought by "Aren't we all little crazy in love". She smiled and started her day by getting ready for office.

He smiled back through photograph - Reality or Imagination - can't say! Aren't they similar though?