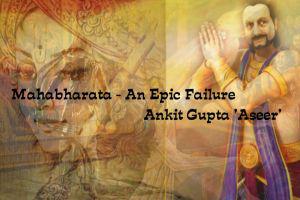 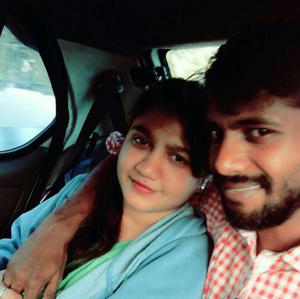 About 3000 years ago, when a dharamyudh called 'Mahabharata' happened, Krishna never thought how much it would affect the present day, which is the 21st century. The Mahabharata seems to have happened because of so many reasons like Draupdi-cheerharan, Shakuni's spite towards both - his sister’s husband Dhritrastra and Bhishma, who was responsible for his sister’s marriage with a blind man like Dhritrashtra and the ego of Duryodhan who wanted to be superior to everyone. But the fact is that Krishna, the Hindu god was the sole mastermind behind it. He wanted to make a revolutionary change in Dharm (Religion) which was getting dirty day by day because of mindless people likeShakuni and Duryodhan. So he planned to destroy those systems in which someone was deemed superior to other but he failed in his pursuit and 21st century became dirtier than Drauparyug.

Shakuni was one of the most important villains of that time who wanted to destroy everything and everyone who he hated. So after the death of Shakuni in dharmyudh (Mahabharat), Krishna chose Shakuni to spend a day in the 21st century, to see what harm he has done to the world because of his ego and resentment. If minds like Shakuni didn’t exist during that time, Krishna might not have planned for Dharmyudh called Mahabharata.

"Do you know how much harm you’ve done to this world?" Krishna asked Shakuni.

"I understand and I got the punishment for that," said Shakuni.

"You killed me brutally for my mistakes. Why are you reminding me of something happened in the past age?"

"I fought to save dharma and humanity." Krishna smiled."But nothing has changed even after so many years."

"You are God. How could anything be wrong if it’s done by you?" asked Shakuni

"I am God, but this world is run by minds, of people who are living here," said Krishna, his face brightened by a never-fading smile.

"I am responsible for the good deeds only not for the bad ones. I always respond when bad thoughts are about to ruin the goodness of the world. If I do all the things just for the survival of humans, then this world will be nothing more than the other planets where life doesn’t exist. These humans will become just my puppets who will act according to my will only and if I start doing the same, the essence of life and love will vanish. I never force them to work according to my will. I want them to live their life according to their own will, but I found it is harming the humanity and why it happens! I want you to know because you were one of the most important reasons behind the creation of ‘Kalyug’. So I decided to send you to earth in this 21st century for one day without your power. You can always reach me by closing your eyes and calling my name."

Before Shakuni could understand anything, Krishna had disappeared from there and after few moments Shakuni found himself in the 21st century.

Shakuni, the King of Gandhar kingdom and most intelligent and powerful villain of Drauparyug, whose ego and resentment destroyed him, was again alive but this time he had no power with him. He couldn’t use his illusion or the power of hypnotism to make someone trust him the way he wanted. Shakuni was still struggling to understand why Krishna sent him here, and then suddenly saw two women quarrelling with each other. He walked closer to them where they both were arguing in full enthusiasm.

They shouted each other forgetting the surroundings with a legion of people around, of which none made an effort to interfere or stop them.  Some among the crowd were even smiling and some other just whispered how bad the characters of those two women are. He went to the quarrelling women and tried to ask what happened and why they were fighting. But after a few attempts, he realised that no one even could see him. He understood that Krishna sent him here just to see the world and never to be the part of this era. He closed his eyes and reminded Krishna’s name.

"I know what you want to know about those women, Shakuni," said Krishna.

"Then please tell me what the reason behind their fight is and why is not anyone else trying to stop them," asked Shakuni.

"Before I tell you the reason behind this you must know that what you’ll see in this whole day are just the basics issues of this era," continued Krishna.

"Look at those women. They both are fighting in front of many people without realising that they both are losing their dignity and self-respect. This woman.." He pointed at the older among them. "She is in her fifty and is the mother in law of the other. She is continuously abusing her daughter-in-law because she wants her to live according to her will. She wants her to do only those things which she likes and because her daughter-in-law denied her orders, she started fighting. On the other hand, her daughter in law is also abusing her mother-in-law without even realising that she is much elder to her. She keeps on arguing and threatening her that if she would not stop, she will file a false case of dowry against her. They both can solve this issue by a peaceful conversation, but they both want to be superior to one another."

Listening to Krishna, Shakuni was realising his mistake towards Draupadi. She fought for herself at every moment without any ego or superiority. She just wanted respect like others. He realised that if that era was not destroyed, every woman around him would have been empowered like Draupadi who only did good for the world without a touch of ego.

"I understand...." Shakuni parted his lips, but Krishna had disappeared.

Shakuni understood that there was a lot more here still, which he needed to witness.

He moved away from that place and as he traversed a few miles, he found a group of people sitting under a tree forming a circle. He moved closer to them to see what was going on there.

He found that they were playing cards, putting some cash also with the cards. He was unable to understand this and after some time a person took out his wife’s Mangalsutra and placed it down with the cash. Shakuni was still clueless. Suddenly one among them said, "So you will bet your wife’s Mangalsutra?"

Shakuni understood that they were gambling and he was shocked to know that the person was gambling away his wife’s Mangalsutra because he was in short of money. He was betting his wife’s dignity just for few rupees. He wanted to know more about it. He closed his eyes and remembered Krishna again.

"Krishna, this man is betting his wife’s dignity. How can he disrespect her love and care for him?" Shakuni asked Krishna.

"It is only because of you Shakuni," Said Krishna.

"Because of me?" Shakuni was shocked. "How?" He didn’t know anything about this game.

"Don’t you remember your dices?" asked Krishna. "Don't you remember how you forced Pandavas to bet their wife Draupadi on the game? The game which was started only for fun became the reason of poverty and selfishness in this era. The only difference is that they were bound to do that while these people are not. Because of your one mistake, thousands of women are struggling for their respect and dignity. They all treat women like a plaything. When they need them, they use them and when they don’t, they even sell them and at that time women are just a body for them. If you had never chosen to play that gambling game then, this  game too would have remained just for fun instead of causing miseries in this era."

"Now you will not see anything more here, I just wanted you to see these two things only because you can see the essence of all problems in these. Everyone wants to be superior to others and this ego makes them selfish. Once you’re selfish, you lose humility and may become cruel gradually. Superiority gives you power and power makes you blind."

Shakuni realised the mistakes he made in Drauparyug. He forced everyone he liked to be superior to others, which gave rise to ego and selfishness and it was about to ruin the humanity. Krishna decided for Mahabharta to end this but unfortunately, bad deeds became more powerful than good deeds and this era adopted Shakuni instead of Krishna. Now he understood how Mahabharata became a failure. He was feeling guilty and crying as he wanted to repay for his sin. So he asked Krishna to let him live in this era without his power, like a normal human being.