Ankita is the younger daughter of Shambhu, and Shambhu is our Apartment’s caretaker. Our caretaker also has another older daughter in his village in Sundarban, initially, we thought that the room we have allotted for caretaker size forced him to keep his wife and younger daughter only, with him. Later we realized, he never brought his other child in city, because it would be difficult for him to support everyone from his own family in a city, he has his old mother to look after in Sundarban. I strongly feel our parents are at least loyal to their ancestor’s house, whatever be the situation. They will not leave their ancestral places unlike us, we are always ready to leave for our betterment, definitely of our own benefit only. We are the Nomads of Modern World because of our own aspirations.

After the lockdown started, every day, by the end of the afternoon, my son becomes restless. He has his reasons too. After hours of obnoxious Online classes continuing till late in the mornings, and then after multiple rounds of repeat episodes Chota Bheem, Little Singham during afternoons, my little one wants to get a glimpse of the outer world. In today’s world, underprivileged children have the privilege to be with the nature, and the privileged ones have the luxury to surrender to the nature once in a year during their vacations, an irony indeed. As we care for him so much, that we forget that he is missing his childhood, cannot remember how many time he has been allowed to go outside of our residential building.

Ankita came as a relief to my son in this challenging time, actually more to my wife and myself. Now she is his playmate in the evening time and we also feel relaxed. Though Ankita is at least 5 years older to him, maybe she is twelve now, but I have observed she easily mingles with my boy and she is also very caring about my son. We were hesitant initially, imposed a strict rule of NO TOUCH during Hide and Seek, or Chor-Police games, Kabaddi. If I compare other big boys from my building, they all are busy with them, no time for a team game.

Ankita is more than happy to get a new friend, I believe the boredom situation due to the restrictions, is same for her also. But there are some differences, she does not have online classes unlike my son has, as she studies in a Government School. Recently, she has been telling her father to get a JIO connection as government schools have gone online. But how her father will manage only God knows. Her father is our part time caretaker, in the morning he used to do some other jobs earlier, which are now no longer available after the lockdown. Her mother stays home all the time, actually in that small sized single room where she has to cook, eat, sleep, almost everything.

There are other differences also, Ankita is excellent in sports, a somersault is just a piece of cake for her. My son on the other hand barely manages to run fast like her, actually he rarely gets the chance of running in an open ground. And now, there is a peer pressure for us, to enroll him in ‘learn coding’ classes. Ankita barely has touched a laptop.

She is already an expert in flying a kite, and my son in mobile games.

But one thing that has amazed me is her maturity. Since she is already twelve, some of our neighbors, especially the women are giving a strange look. Some are arguing, why she is wearing short dresses when they have sons in their home. Whatever she wears, actually she used to wear them four years back also. I hope my neighbors understand this. Sometimes knowing something is very easy, but understanding it, is difficult for most of us, maybe we do not want to.

On one such instance, one evening, when she was playing with my son on the terrace, our neighbor’s son also came to the terrace, and after a while I felt he was recording something in a mobile phone. I quickly asked Ankita to go downstairs. My son was disappointed for stopping their game, but I had to literally tell my son, it was very dark and he should go home and if he does not, he has to eat his dinner alone and without watching another Cartoon. My son was dejected, the other big boy was more.

When I looked at Ankita, I felt she was more than happy that somebody understood her situation, that’s her silent maturity. I felt this was going on for some time. After some time, when I came downstairs, I could see a small gathering of four women from our building, I could overhear their important discussions on Ankita. Realizing my close proximity, they stopped for a while. I went towards caretaker’s room. I could see Ankita had put her head on her mother’s lap, and her mother was actually learning from her how to write in English.

That night, I brought one pair of frocks for Ankita from the local market, and showed it to my wife and narrated the incident to her, she was so delighted to see the new clothes, and told me “why don’t we have a girl like Ankita”.

Next day, early in the morning, before our caretaker opened our building’s main gate, I went to his room and gave him the packet. On opening the packet he immediately realized what it was, was not at all ready to accept them, but he had to give up in the face of my insistence.

That evening she did not come to the terrace, even in the next two days I could not see her. I realized my empathy has become a reason for her inhibitions, might be a reason for her not coming out of her room. But on the third day she again came to play with my son. My son was so happy, but I was happier for keeping her spirit high. 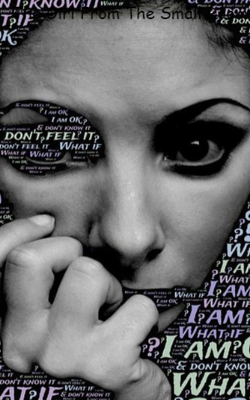