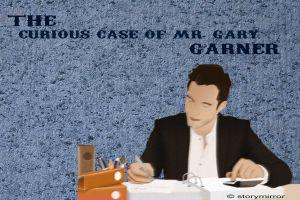 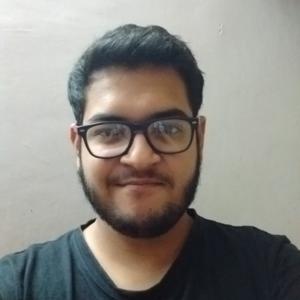 Again a boring day at the office. TRAY (Technology resurfaced and yielded) Telecoms and computers Pvt. Limited was a funny enough name. When I first joined this company, they promised me to give whatever I wanted, needed. At first I thought it was again a new con company but they proved me wrong. TRAY was climbing heights and me and my other colleague’s salaries were too. The newest phone from us, the TRAY 8.0 with the operating system low-bird was the second highest OS preferred after android in the USA. Yes, we left apple behind. TRAY was founded in 2001, just after the horrible 9/11. But soon some of the computer freaks struck gold in discovering some sort of weird code, our company struck gold too. Our app store had the second highest apps after android and developers came flowing in for making apps. Me? Nope. I am no computer freak. My name’s Ray. Ray Jordan. I got my mum’s surname. My dad had left us. I don’t even know his name, nor do I want to. Whether he died or left, I do not know. But I had no interest in knowing either. After completing business management, I made my own firm. Ray enterprises. I didn’t earn that much in truth. Just enough to afford a two-floor house. But one day a guy came to my office. He seemed to be about 6’1” and around 55-60 years of age. He looked like a total nerd.

“The co-founder of what?” I asked.

Then he told me the history of TRAY just like I told you.

“We need business associates and managers and it was news to me that you are one of the most eligible and talented candidates I should showcase my offer to,” He said.

“Okay then,” I said, signing the agreement.

And he was right. They were not a con. In fact, I have never seen such a huge live campus ever. And about the payment? Folks, I own a private villa and some 7-8 cars after working 10 years for this wonderful company.

Back to today. Yes, today was boring. After handling the business of the whole company and the tech-freak guys who added insult-to-injury for a whole damn decade, work was starting to get boring. So I thought about something. I thought about finding out who founded TRAY. Yes, no one knew. No one had ever seen him. Surprised? Don’t be. The guy who founded TRAY never attended any press conferences, no seminars, no gadget presentations, nothing. Since the company’s inception, the chair of the CEO was always empty. But we had a CEO. Who never showed up. I even hired some tech guys to hack into the system mainframe and to the archives to find out. But everything was wiped out. Every day I tried to find out about that guy but no results whatsoever. One day, the co-founder, Harry Garner, came to my desk.

“A business manager of a reputed company trying to hack the system to find the guy who gave him the job is not an intelligent thing to do actually,” He said.

I was terrified. “I’m sorry, what?” I tried to act like I knew nothing.

“Don’t ask Mr. Ray, don’t act. Tonight. Dinner, the Royale. I’ve booked the tables and you’re going to have a personal viva. 8:30pm. Be late and you lose your job,” He said.

I wasn’t late. I reached just on time. Harry too.

“Let’s get this thing straight. Why are you trying to find the founder?” He asked.

“Well, I’m here for the last decade. Probably more than that. And I never saw the person who founded this company? Not even a photo? Nothing at all? Why does he do that? What’s such a secret to keep?” I asked.

“What?” I asked, surprised.

“Gary Garner is the man who made this company. He’s my brother,” He said.

I was spell-bounded. I literally dropped the spoon and fork and stared at him. His own brother. And he was under the covers.

“Okay. Gary and I were with small computer firms making chips and bits and pieces of computers. Soon, our firm got a bit famous and some bloke offered us a job at The World Trade center with a hefty salary which we couldn’t refuse. Soon we were placed there. In WTC, Gary fell in love with a beautiful woman. Her name was winter. Beautiful as she was, nor me or Gary had ever seen a more beautiful face like she had. Her voice, her eyes, everything-perfect. I was born two years after Gary and I looked and look, nerdy. So I didn’t even think on hitting on her. Gary did. And they both soon fell in love. After a year or two, our demand increased, mine and Gary’s I mean. We wanted more and we wanted to do something different. So we started off to make our own company. It was Gary’s idea so he was to be decided as the founder. We named it TRAY-Technology Resurfaced and Yielded. With the money we had and selling our old house and all, we hired a big workshop where we bought new computers and all the ingredients to make chips and other computer hardware. Winter helped us publicize. We didn’t have a flying start, though. We started selling off cheap and some good old firms bought from us. But soon, we hit it. A billionaire investor needed his computer to be repaired ASAP. But instead of repairing, we made him a new personal PC and he was so amazed that he offered to invest in our company. His name is Harry Dawkes and he’s still our investor. Things were well for the company and we started to grow slowly. College dropouts, tech freak kids, joined our company and made it better. We even started to recruit from community colleges. And soon, as you know now, we were competing with the big bosses. But Gary’s life was in turmoil. Winter never wanted to work for us because she loved her job at WTC and was dedicated to it. She helped in publicity, but she loved her job even more. Until the Two planes crashed in WTC. When that happened, she was there. And after some time, she was no more. Winter had died on the spot where the plane had crashed. Gary and I rushed as fast as possible, but we couldn’t save her. Gary was devastated and he left the company. But I refused to let him leave the CEO post. He was reluctant but made me a promise that I shall keep his identity under wraps. I agreed and he went underground. Since that day that I have never seen him, nor do I know where he currently lives. I talk to him sometimes and that’s all,” He finished his story.

“You are his and winter’s son,” He said.

“You are his son. Winter was your mother,” He said, calmly. I grabbed his collar and beat him to the ground. “How dare you say that?! I have my own mother. SHE gave me birth. Not some winter!” I exclaimed.

He then pulled me up and shouted. “Have you ever seen your birth certificate?”

He asked. I didn’t answer, the anger was so much that I didn’t even hear the question. “Here it is!” He produced a document. I was shocked. “S/O GARY GARNER AND WINTER BRADLEY. NAME: RAY GARNER.

I put the document down and didn’t say anything. Harry seated in front of me and said. “Son, I know you are confused. Let me explain. Gary and Winter had a child. It was you. You were one-year-old when the 9/11 happened and the company started. Gary was so devastated about winter that he didn’t have the guts to help you grow up. So we took you and handed to Gary’s best friend, Martha Jordan, who was single and to whom doctors said cannot produce. She gave you your surname and she promised us that when the time comes, she will let you go to your dad. So I found you and gave you the job ten years ago, as I had promised your dad. You are the heir to TRAY and soon you’ll take your dad’s place,” He said.

“You’ve grown up, son. I’m still awed about how your little body has turned into a fully-fledged business professional,” Somebody said.

I looked around and saw a person about 60 years of age. He looked at me and then went and hugged Harry.

“Where have you been, brother?” Harry asked.

“You’ll get all the answers soon.” Then he turned to me.

“Yes. I’m Gary Garner. The founder of TRAY and, your father,” He said.

I wept. I then went and hugged him tightly.

“Whenever I saw you, I saw your mother. I couldn’t bear the pain of losing her,” He said.

“Come, let me show you something,” He said.

Harry and I sat in my dad’s car.

I didn’t say anything. I just waited for the destination. And we soon arrived.

“To all the people of TRAY. I made this company with my brother, Harry, as a vision to change the world of technologies. Starting from scratch, this company is at the heights, so I’m really grateful to you all for giving your all in making this company something.”

I didn’t know what to say again. After the conference, I talked to my dad in person. He asked me about what I did, and all that.

I was now officially the CEO of TRAY and I was in the hospital. To bid farewell to the old man.

“Listen, son,” Dad said, from his deathbed, “Whatever happens, don’t let my company down.”

“Never dad. I promise you, I’ll make it rise even higher than you ever imagined,” I said.

“That’s my son,” He smiled. I was about to ask something when he dropped his hand. Dad was no more. I held his hand till morning. I didn’t weep. I didn’t cry. I was just thankful to the old man who gave me so much in little time. After his funeral, I flew straight to Germany to attend a meeting. The announcer welcomed me by saying, “Please welcome, Ray Jordan, the CEO of TRAY.”