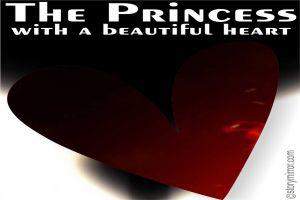 The Princess With A Beautiful Heart
★★★★★ 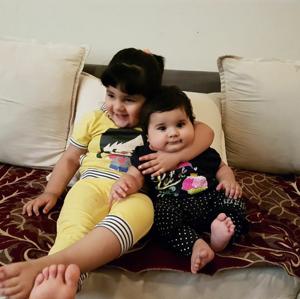 Kelly, Mishti and Mini were good friends. They were in the same class. They used to spend time together. As the time passed, they became close friends. Mishti considered herself lucky to get such good friends. Mishti was a beautiful and active girl. She liked to participate in all the competitions held in her school. She always performed well and was admired by everyone. She had a long list of followers. All the teachers of her school liked her. In a nutshell, she was dear to everyone around her. There was a girl named Jenny in Mishti's class. She was not beautiful like Mishti. Rather she had an unattractive face. Nobody liked her. She was never allowed to stand in front row on the stage. She had a dream of performing the role of a princess but her teachers thought her fit for a maid's role. Her classmates also did not like to stay around her. This made her sad but still she did not lose hope. One day, Mishti was returning from her school. Her friends were with her. Jenny was also on her way to home. Suddenly a car stopped near the girls. There were two men in the car. They wanted to kidnap Mishti. As they approached her, she started shrieking. Her friends, Kelly and Mini got frightened. They ran to save their lives. When Jenny saw this, she came forward to help Mishti. Both the girls struggled and cried to gather a crowd. Soon there was a large crowd of people. The two men were caught and handed over to police. Finally, the girls felt relieved. Mishti had found her best friend. She understood that Kelly and Mini were not her real friends. They were selfish. But Jenny was her true friend. Next day, Mishti told everybody in her school about the accident that happened the day before. Everyone admired Jenny for her bravery and helpfulness. Mishti requested her teacher to give Jenny the role of a princess in the next play of their school. She told her teacher that Jenny had a beautiful heart that a princess can possibly have, while it was not necessary for her to be beautiful. The teacher nodded in approval and Jenny felt herself on the seventh cloud. From that day onwards Jenny never felt alone and sad.

The Princess With A Beautiful Heart