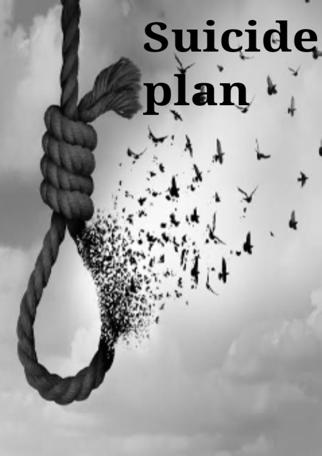 I'm suffering from a problem which I haven't created ever and even that solutions to those problems are not in my hand. I just asked myself what to do?

But there was no answer.

On 6th February 2016, I decided and planned to go for suicide in the early morning by 5.00 a.m. on the railway track. The whole night I was waiting for the clock to show time and so by 5 a.m. I reached to Kurla station and took a train. The train was empty so no one can stop or I don't know why I cried very loudly in that train to remove tears that were hidden for years. I went to the edge of that footboard, remembering god I just thought, why should I commit suicide?

Will it solve all the problems?

Will I influence society?

And definitely answer was NO

Then, I shifted my suicide plan for a year and made some targets to achieve. Yes, there I made plans to do many more list for a whole year and thought if I would not be better I will come on the same day next year to suicide i.e. on 6th February 2017.

Then from the next day every morning, I started meditations, yoga, etc to make my mind stronger simultaneously I focused on my all targets to achieve. Time passed like it was incident of yesterday but a year spent with the dedication of mind, soul, and body.

Then finally on the day I saw that list again and guess what? I seriously did, I could earn name, fame in my achievements.

I don't know how I canceled that suicide plan but that was the best decision of my life.

So, friends, I'm telling this story to all of you because problems are part of our life as we know but facing that with strength is more important.

When you feel like committing suicide, you know that is the only chance to survive. It is the moment where you can shine like a star.

So be a star and be happy.