When the time stops

When the time stops

My first job was not so peculiar but the experience of it was terrifying. I was hired to take care of a theater, the timing was great from 9:30 pm to 4:30 am, the perfect time for me. I wasn't the type of student who used to study all night or such, I was more of a student who studied before the exam. I was a 2nd year honors student. I had no such reason for doing part time job except trying to be a little less guilty maybe be a little more confident and a sense of belonging towards the theater. My Guilt was nothing but a new found feeling after my father's sudden demise 4 months ago, it was unpredictable. He was a theater artist, I grew up watching his plays, to me he was a star far away from my reach then and even now.

The incident which left me terrified and petrified for the rest of my life happened in that same theater.

It was somewhere between 3 am to 4 am, they had a clock in the theater but it stopped working ages ago. No one seems to realize that the clock doesn't work yet. I thought to myself " I will tell the crew tomorrow maybe they will change it"

As I was dusting the last self, I heard a noise it was a loud clear clicking of heels noise, accompanied by a voice - " Darling DON'T DO THIS, think about us"

Another voice an eerie and bone-chilling one I recognize it to be a man spoke out " Is there a us to begin with? In the end its you and I " I was going to see who is talking but again the woman from before spoked " if you will be gone..if you will be gone I would be so alone" her voice cracked I can hear her crying but my body wasn't moving as if I am struck by an invisible force. The man spoke I can hear the irony in his voice, " a man comes in this world alone and a man dies in this world alone, but the difference is people will crying after he dies but no one was there for him when he has left alone" The man's voice came out as a whisper in the end I can hear the tiredness in his words I can hear his pain, he spoke as he wasn't the one speaking but his emotions that formed the words. By now the woman had started hysterically crying almost begging to the man....What was she begging? For life? For death? For loneliness? I don't know but my heart starts shaking for an unknown reason as if something is about to happen. Again the man spoke " we will meet again Love when the time will stop for us " and I heard it The loud glass shattering sound of a gunshot........and what follows it was complete silence. I moved finally and went towards the stage to see what happened

When I went there no one was there except a lone piece of paper and a single red rose. In the paper, it was written

" When we will meet again

We will again play our character

U be the happy prince I will be the sparrow

And together we will complete a story

Let's wait for the Time to stop

Then we will again come back

And form our own symphony 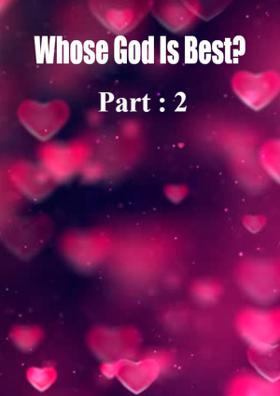