Another day had come and another period had begun. The science teacher was teaching a lesson.

It felt like she had learned the whole textbook and was going to make all the students learn it too.

The students constantly looked at the clock on the wall behind her with desperation.

Hardly any student was listening, as the teacher was teaching the same topic for almost a month. Each of them thought of silly plans and reacted to each other using facial expressions. Many looked at the clock, hoping the needles in it would move faster if they stared at it. But, the speed seemed to slow down, quite opposite to the games period, where the bell would ring the moment they began enjoying themselves.

But, here the needles were, still moving as slow as possible.

Even the teacher didn't seem to notice all of this. she was just going on telling the chapter. It felt like someone had played an audio file in the classroom as the teacher spoke non-stop, not even bothering to ask a question.

Yes, being in Ms. Reenu's class was always this way. It was torture to children. But no one had the courage to complain. They had to suffer, no option left.

The students began thinking of the chalk as their hero. It was the last chalk, and there were no more chalk boxes left in the excitement. the children watched the teacher with excitement as she used every part of it until it completely disappeared.

' Poor chalk and poor us', the children thought, as they watched their teacher look for more chalks in the cupboard.

Thankfully, she found none and even the monitor didn't bother to look for them.

Suddenly, a man dressed in a white shirt with a black coat and a small mustache appeared before them, holding a box of chalks in his hands. He looked no less than Hitler to the children right now. All of the students mentally facepalmed.

The man was never seen in school, not even by Ms.Reenu. The children thought as they looked at the confused expression on their teacher's face.

She began walking toward the strange figure, as one of the students stopped her mid-way. " Ma'am do you know who he is ?", it was the talkative Tanvi, as they thought.

"No, I haven't.", She replied. Tanvi kept persuading her teacher to not trust the man and accept the box. But she was Ms.Reenu, she will do it if she said it. Much like the Bollywood heroes.

She accepted the box, and then they had a small conversation, which none of them could hear, as they slowly slipped out of the classroom.

"They've gone to the principal's office", the monitor informed, and the waning enthusiasm of the students returned.

" The period must be over until she returns..", said one of them, as the teacher walked back within almost a minute.

" You said it too early", said her partner.

The teacher walked in, and the students could clearly see the evil grin behind her mask.

The students really wanted to run or find out an excuse to escape. It was a 'do or die' situation. The students trembled as they watched the teacher take chalk and beginning to write. They were seeing it in slow motion. It was a dreadful moment.

The small speaker in the corner squeaked all of a sudden, announcing a special assembly right now.

All of them literally wanted to throw their books in the air and scream, but they controlled the urge.

She could make them stay back. Ms. Reenu is Ms. Reenu, after all.

The class silently made their way towards the staircase.

It was a happy ending, at last, the legendary chalk saved them! 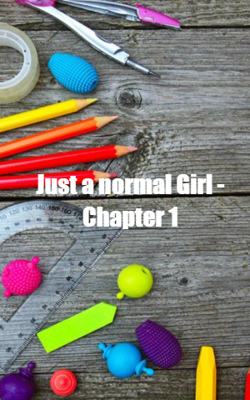