Gautam was a staunch lover of plants. He derived all pleasures of life from the smiles of plants. So he had a beautiful garden with varieties of flowers and plants. One day he was travelling alone on the road. He noticed an old woman was selling rose plants with her trembling hands. Her face was pale in the grueling heat. Gautam was propelled towards her as she had a magnetic force. She purchased all the flower plants from the old woman and paid her money what she had told. The woman became much happy and thanked him for purchasing the plants and told him that the rose plant encapsulated a magical force and mysteries. You would definitely feel one day. After listening to the mysterious words he became astonished and came back home.

Next morning he planted the rose plant and all other plants. But the rose plant was too much beautiful. He nourished the plant with meticulous efforts. After some days he got a new job with handsome salary. He was too much excited. His rose plant was smiling and shaking her head in the cold breeze. He commemorated the words of the old woman. He went to his garden and kissed the flower. After some days he got married. He got a beautiful wife. Again he thanked the rose plant.Her life was going well embracing all happiness. Then he became the father of a son. That added much happiness to his family. But Gautam had completely forgotten the rose plant amidst all anxieties of life. One day he was wandering in the garden and when his eyes fell on the rose plant he discovered the plant was becoming weak due to lack of care. There were no buds and no new leaves. Suddenly his son came towards him and pulled him towards home. He again forgot about the rose plant. After some days it died. But still, Gautam had no reaction in his mind.

One day his son became ill and needed hospitalization. Nothing could make his son better and he died. Gautam was completely shattered. His wife was only crying with mounted anguish but he could not do anything. His wife also passed away aggravating the sorrow for his son. Again Gautam became alone. He had no support. Again he got ample time to spend in his garden.

One day he was wandering in the garden and suddenly recognised the withered rose plant which was on the verge of death. Gautam started to scream with extreme pain as he had lost all the valuable properties in his life. With the coming of that plant, all happiness had come into his life and with the death of that plant, everything ruined. He was crying like a baby embracing the plant so tightly. And suddenly some words echoed in his heart, " This plant encapsulates magical force and mysteries and you will definitely feel in your life." 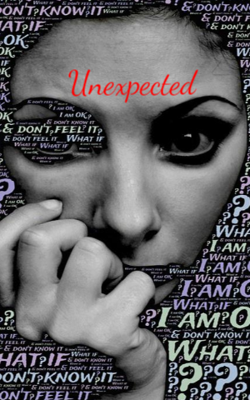