I was in my Botany class busy searching articles for my Graduation thesis. It was the humdrum task which was taking so long for me to decide one final topic for my thesis work. As the topic I decided to work on was rejected by my Guardian. It was just frustrating, as I was only left with one day to give some output to Mrs. Alka Amiyat.

Finally, no way to my curiousness, my phone rang. It was the second call that I picked up, due to silent mode I missed the first one.

I was so busy with my work that I didn't even saw the number and said HELLO!.

It was silent on the other side, thereby it irritated my situation to more that I just gave a look to the phone display to see whose call it is.

It was an unknown number. I again said HELLO! WHO'S THIS?

The voice just patted down on my nervous system, signaling reflex action in its full swing, refreshing the old memories of my school-days.

Especially, the day of farewell of +2. It was a great adieu.

By the time party ended, he came running to me, my best friend and just hold me a letter. He just smiled and said this is for you. Not much surprised I replied him with OK, Bye.... All the Best for Exams.

The letter was nothing much to me because he was already in love with a girl whom he chased from class 8-10, where I, as a best friend was the sole messenger, more like a Pigeon delivering letter to that girl. But finally, when I made a straight statement with him that I won't be doing these silly things any more for him and he agreed.

I put the letter in my cute soft yellow pouch and left the space.

I came home, enjoyed the sentenced version of my farewell with my mother. Forgetting about the letter, I surrounded myself with my books and start preparing for exam. But all of sudden I reminded of the letter, I took out the letter from the pouch and started reading it.

The letter which reads the great bond of friendship we both have shared, mentioning our likes & dislikes. Even more to add he mentioned about How beautiful I was looking on the farewell? He wrote.. ' Just like a Doll'. I was little blushing inside, but continued reading it.

He even mentioned that the girl he loved was worth less than you and the day you stopped he stopped himself chasing her. But I miss your every opinion you gave me about her. The way you scolded me that not to go after that girl she don't deserve a guy like you. Even the change of sections has led to a wide gap between us, but today I have to say you something.

I need to open up my heart.

My hands started trembling, eyes stunned, heartbeat reached 120/min and I was frozen to state when I read those three words, never expecting from him...............

I LOVE YOU SO MUCH TONS........ You are the perfect soul made friend and more for me.

But on my part I couldn't do it. Neither I was having my own cell phone, nor I was free at the time he mentioned to call up. As it was the time for my Tuition classes. The time passed by, we never met or talked. I tear the letter so that it should not caught by anyone. The number was lost and I just remember the first and last few digits.

Within few seconds I was back to my nerves, Silently, I just stood up from my seat, moved out of the class, saw the number again. My heartbeat was the same 120/min, with hands went cold, I could only feel the sound of air between us. It was the most awaited call of my life. With soft and shaky voice I replied back..... Rohan!.

To which he replied.. Yes.

It was heart filled with emotions who just stated that I missed you with every moment that passed back these years.

He just said before I could say anything....I love you Roohi.. Will you be mine?

It seems like he just waited for more than 3 years.

With no lapse of time, beyond any doubt, I affirmed his proposal. It was like heaven on earth.

When you find both Love and friendship in the same person.

The beautiful meetings were set now and then. Both shared, inspired and laughed together in every moment of life.

Lively bonding just reflects their love, made for each other. 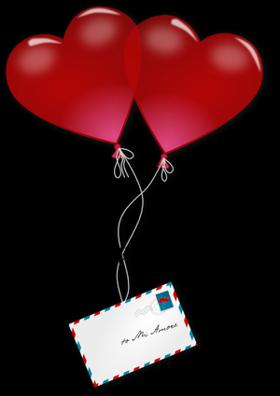