Give Life Another Chance

Give Life Another Chance

"I don't want to marry" she cried out for the umpteenth time that day only to be replied with a harsh "you have to". Tears of anger and helplessness streaming down her cheeks, Meera grabbed her books and rushed to the local lake, her most favourite spot since childhood. The deep blue water with occasional slight ripples brought about a mysterious solace in her. The light wind caressing her hair she was immersed in the book that she had recently borrowed from the neighborhood library and amidst that calm and serenity she didn't realise when she fell asleep.

"What have you even learnt from your home? You can't cook food, can't press clothes. Useless! Enough of your stupid studying, what the hell will you do after studying? A girl can't do a job.

Taking care of the children is all that you will be left with. So stop this nonsense and start learning useful things". Meera woke up with a start, perspired in sweat at the undesirable and unprecedented flashbacks of her previous marriage. She again had that pittish feeling in her stomach, one that she always felt at the slightest remembrance of her emotionally and sexually abusive husband and her equally oppressive in-laws. At the thought of her upcoming second marriage, a wave of sorrow, apprehension, and fright engulfed her and she started crying out aloud but the daughter of such a conservative family as she was, none was there to pay the slightest heed to her emotions not even her parents.

The marriage was to be held and she was to marry this time a college professor 8 years older than her. The only slight relief to Meera was that her would be husband lived alone. She couldn't but feel a little happy that there were at least no in-laws to impress and be afraid of.

"Don't you rant about your foolish studying. Studies are not for girls." warned her father sternly a few days before the marriage. "Obey your husband. Please him and never go against him. You are supposed to act according to his wishes..." But Meera heard him no more. Just one phrase kept on echoing inside her 'no more studies', 'no more studies' and it was tearing her heart apart. She had always dreamt of being a school teacher one day and opening an organisation for the education of girls. But she didn't know at the tender age of seven, that girls are not allowed to dream in conservative families, cherishing those dreams and realising them one day was not even a question. She realised this when her schooling was stopped after her twelfth boards and her parents had frantically started choosing grooms for her.

The day of the marriage arrived. She was married off with all the pomp and extravagance that her parents could offer, enough to masquerade her dejected and woebegone expressions quite visible in her face that day. Soon it was time for her departure. Sitted in her husband's car, she left for her new home amidst wails of anguish and sorrow. But these didn't seem to affect her. She sat in the car like a stone with no tears. She was tired of being sad, of being unheard and she now just cared no more. All throughout the marriage ceremony, she had convinced herself that nothing could be worse than her previous marriage and so here she was ready to accept whatever destiny had to offer.

After a series of long, tiring rituals, the newly wed couple had at last retired to their room. "Are you not happy with the marriage?" This was the first time she had heard her husband speak. Meera looked up but said nothing. "I have been observing you since the evening and you look anything but satisfied. I don't want to force you. I was said that you were ready for the marriage but if you aren't, then you are free to leave." Meera was confused. She had learnt from her infancy that girls had no consent. It's all about men. Whatever men wanted, girls had no other option but to comply with that. And here this man was asking about her wish, respecting her emotions.

"I didn't want to marry. My parents forced me. I wanted to study." Meera replied somehow composing herself.

"Then you don't have to drag this unwanted relationship forward. You are free to move on with your life."

"My parents will kill me if I dare return," Meera exclaimed.

"I am sorry to hear that. I can't do anything about your family. But here you don't have to worry. You can respectfully lead your life. I will not force anything upon you, nor demand anything from you unless you consent." Her husband left the room and a tired Meera dozed off amidst a trail of thoughts and inferences.

The next day she woke up to a knocking on her door. It was her husband. In his hands were some books. "You said you like studying." Before Meera could even answer, he left.

That evening when her husband returned, Meera blurted out, "I want to complete my studies. Please." Her husband said nothing and the entire evening passed with failed attempts of Meera to initiate any conversation. The next morning her husband left before she woke up and returned in the evening with a paper. Almost sure that it was a divorce agreement, Meera started to fill it when she saw that it was an enrollment form. Enrollment to the best college in town. She couldn't contain herself with excitement and with tears welling in her eyes she wrapped her arms around her husband. When her initial excitement subsided a little, she felt embarrassed.

Keeping his hand on her head, her husband said, " I am there for your needs. Never hesitate. Together we will fulfill each other's dreams." That day Meera had felt a comfort she had never experienced in her natal family or from her natal kins. It was a pure feeling of mutual co dependence, trust and love. Now she understood what home meant. She had found her home not in the two room apartment but in the owner of that apartment, her husband.

Engrossed in the care and pampering of her husband, Meera was ecstatic. She had found her long lost happiness but amidst all this ecstasy and joy, she forgot one thing society was not half as matured or liberal as her husband. . Meera now had to face a wider world equipped with the infallible weapons of tradition and culture to effectively annihilate her dreams, dreams of a bright future, dreams of becoming a self-dependent independent lady one day. This battle was difficult, more than her previous battles against her parents or her abusive ex-husband. For wherever she went, she encountered with taunts, mocks, and disrespecting satire. Many questioned her character and at one point in time she started feeling isolated from her entire neighborhood, a neighborhood filled with dedicated housewives who have through the years successfully established themselves as footsoldiers of patriarchy. However, in this battle, she was not alone. She had a compatriot in the shape of her husband.

Whenever things took a bad turn and she almost gave up on her dreams, her husband motivated her. He sat by her throughout the nights before her exams, tutoring her, feeding her. One day when her husband was returning from work, a lady of the locality called him and said, "Control your wife. Otherwise, you will regret. A girl should not study and a wife, my god! What a disgrace."

"I wish your husband had disgraced the society in the same way. Things would have been so different. Eh!?". The lady was speechless. That night Meera and her husband laughed their hearts out over the incident. And in this way, through mutual help and support, life went on for the two.

Three years passed. Meera had completed her college with flying colors and with the assistance of her husband had applied for a scholarship abroad. Bright a scholar as she was granted the scholarship and now she was to go abroad.

Years passed. Meera had turned quite busy. And she couldn't keep regular contacts with her husband. As her workload increased, her contacts with her home town decreased even more. She started visiting less often. And it also happened one year that Meera did not visit at all. The taunts of the society which had subsided at Meera's exemplary results surfaced once more. Mocks, hurtful remarks and disgraceful conjectures about Meera's character saddened her husband but this time he had little to say. He himself was very upset and kept wondering as to why Meera would cut contacts with him. This incomprehensible attitude of Meera coupled with the insensitive contemptuous behaviour of his own society was unbearable to him and he had given up all hopes of Meera ever returning again.

And then one such nonchalant ordinary morning witnessed something extraordinary. A black car came and stood just outside Meera's house. For a middle-class community as theirs it was quite unnatural an event because no one of that locality possessed cars. The curious neighborhood naturally crowded to make out what was actually going on when their curiosity gave place to shock and stun to see that it was no one else but Meera who was coming out of the car. Dressed in a black coat with black trousers, she didn't resemble anything of the timid wife who had bagged a scholarship and left abroad. In her now was a fire, a glow, one of success and satisfaction.

She looked at none and straight away went towards her husband who was standing as dumbfounded as the rest. Overcoming the primary startle the two embraced and then Meera took her husband by his hand just as the latter had done to her one day in the midst of shocked silence and the two left in their car.

The next morning, the headline of the newspaper read, "Eminent literateur Meera Joshi dedicates her success to her husband, Alok Joshi. Opens the first school for girls in Keonjhar, Alok School For The Education Of Girls." 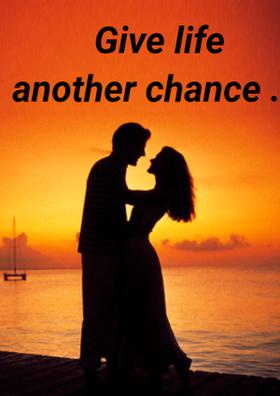