Change is an inevitable part of life. Every moment is a new moment different from the last moment or from the next moment. No matter how much stuck one feels, still one is changing at a subtle level. If one understands and accepts changes that happen within oneself and that occur outside in an open and receptive manner, without being biased or judgemental about the kind of change, then he will be able to enhance his life with every passing moment. The moment one attaches a negative connotation to a change and perceives it with pessimism, it has similar repercussions within oneself, and in the life as a whole.

In the countryside of Zakopane, a young boy of 14 years old seeing his father's mountain equipment and old photographs, demanded his ailing father who was bedridden to learn mountain climbing. The father was an acclaimed mountain climber himself, but an accident and the death of his wife while climbing the Tatra mountains for a romantic date on their 10th anniversary, made him close the mountaineering academy he opened as a young graduate from Wroclaw.

That fateful day came in front of his eyes and he got scared and told his son not to think about climbing at all. But the little boy was adamant and started crying loudly. He tried to pacify him but all his efforts went in vain. His limitations made him agitated and he was about to throw a paperweight at him. But he saw his wife's photograph on the opposite wall, smiling, bubbly, and ethereally beautiful. And he stopped, kept the paperweight aside. He remembered what his wife used to say. "Chris, A true mountaineer never fears death, and if he dies in the lap of the mountains, his existence is blessed".

Tears started falling down from his eyes, and he called his son with a sense of courage and fire, to go and join an academy and learn mountaineering. His son Martin grew up and reopened his father's academy, where Chris conducted lectures and explaining the stories and relevance of the articles in the museum built by him long back.

A change is always for the better. One bad incident does not mean one leaves one's passion and be insecure to not let his near and dear ones to pursue that passion. A time when Chris closed his academy and decided to sell items in his museum to earn an income, and send his son to a grad school and get a plush secure job in the big cities of Western Europe. But destiny had something better in store. And that one sentence from his wife Adina changed his life completely. 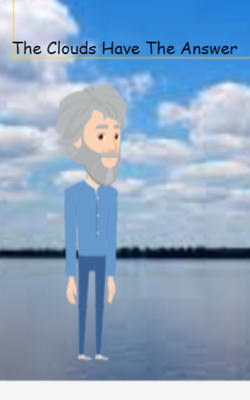