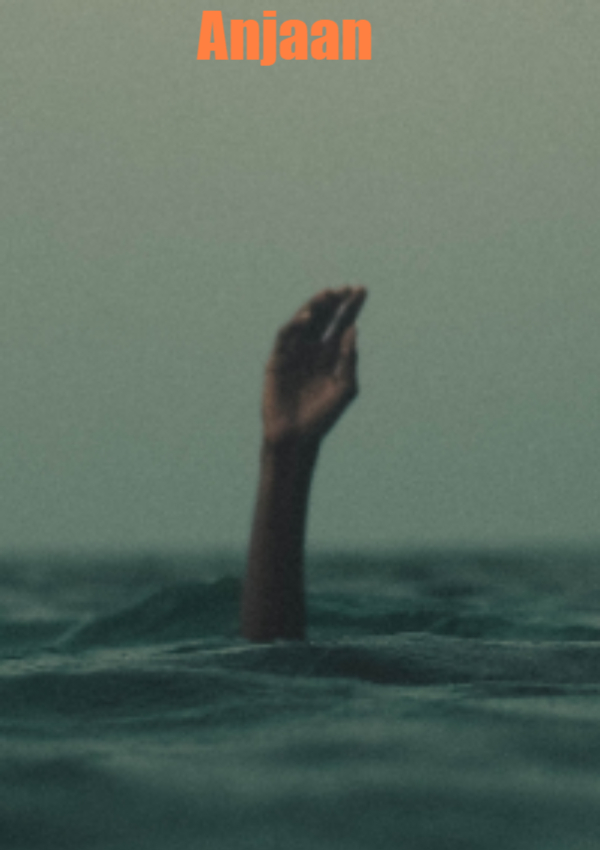 Thakur Subedar Singh's wife died after giving birth to a mentally challenged boy. As Subedar Singh was a rich baron and he wanted to have an heir to look after his properties, he married again. His new wife Urmila was a pious lady who was taking good care of his stepson Kamal. Soon Urmila gave birth to a healthy boy who was named as Yogendra. He was fondly called as Yogi baba.

Since childhood, he was very naughty and sometimes act wicked. He had a feeling of hatred for his stepbrother. Occasionally, family tried to make him understand to love Kamal. But all in vain. As he was the only heir, Thakur Saab used to ignore his actions. Gradually Yogendra was growing into a muscular young angry man who was very fond of hunting, punishing poor villagers.

Yogendra had a pet dog Charan. He was very trustworthy to Yogendra. If Yogendra asked him to bite anyone, he would do. Charan also used to trouble Kamal and other people. But nobody would dare scold him.

One day Urmila was organizing one pooja at home. She was carrying a plate full of Prasad and flowers. Yogendra and Charan were playing with a ball. Suddenly the ball was thrown near pooja plate. Yogendra asked Charan to bring the ball. At this Urmila asked, "Don't dare to come near pooja place."

But as Charan was obedient, he jumped near pooja place and entired- pooja items were scattered. Urmila got angry at this and picked a stick to hit Charan. But the moment, she raised her hands Yogi held her hand and twisted badly. She cried out in pain. Thakur Saab came running and tried to control Yogi but he pushed his father badly.

All members of the family were shocked at this incidence. Yogi warned each and every member to keep themselves within their limit. Gradually Yogi had taken charge of everything. Everyone was scared of him.

It was the time of Navratras. Every year a huge function was organized at village main temple. This year temple pujari daughter Vaibhavi was performing deeds of goddess Durga in dance form. Local villagers went to Thakur Ji's house to invite them to grace the occasion. At this time, Yogi told the organizer that now he is the supreme of the family and village also so he will be given the honor. Poor villagers requested Yogi to please come to the function.

On the day of the function, Vaibhavi performed a beautiful dance. After dance pujari ji asked Vaibhavi to give prasad to Thakur family and asked for their blessings. When Vaibhavi bent to touch feet of Thakur Saab, Yogi pushed his father back and put his foot forward and told Vaibhavi that he is the Thakur and she has to touch his feet.

Vaibhavi got angry and was about to move when Yogi commented that she is a good dancer. She should come to his haveli and perform a dance. He will pay for her.

Silence for a while. Charan was also with Yogi, he tried to bit Vaibhavi but Yogi stopped him. Everybody was standing standstill. But to everybody's surprise, Yogi did nothing to Vaibhavi.

Next day, Yogi came to his parents and showed his interest in marrying Vaibhavi as he liked her very much. Family members were very happy and they went to the pujari ji house. They requested for this marriage as they believed that Vaibhavi could bring change in Yogi's life. Pujari ji could not resist the Thakur request.

One fine day, Yogi and Vaibhavi were married. When Vaibhavi arrived, she was given warm welcome. Some days past. Yogi was out of station for some day. In between Vaibhavi went to attend her cousin marriage.

"Wow, you dance like a bar girl. How much do you earn? Must be in lakhs. You only dance or give other services also. Ohh, why did you stop, carry on..now I don't have to think of earning money. You can alone earn very well." It was none other than a Yogi. He insulted Vaibhavi in front of her family, friends. Vaibhavi was quite dejected at this behavior. Yogi left Vaibhavi there and returned back. When his family inquired about Vaibhavi he said, "Forget about her."

Next day Yogi was getting body massage when someone knocked at the door. Everyone was surprised to see that it was Vaibhavi. She was dressed like a bride. She greeted everyone then went to Yogi and said why he left without taking her from marriage. She also said that she is his wife and would not give up.

Now Vaibhavi used to keep herself beautifully dressed up every day, as nothing has happened. He started intervening in Yogi's work. She treated Kamal like her brother and would often take him out in a wheelchair. Due to affection given by Vaibhavi, he was getting well slowly.

Vaibhavi also started playing with Charan. Earlier Charan was ferocious to her but soon he developed liking for her. Vaibhavi was very warm in her behavior so she was loved by everyone. Yogi was feeling helpless. One day Vaibhavi asked Yogi if he would like to have tea. Normally Yogi would scold her. But that day he said he wants some snacks also with tea. When she brought the tea he said to Vaibhavi that he is not his enemy.

From that day, Yogi was getting warmer in his behavior. Everybody including Vaibhavi was happy to see the change.

Again the Navratri festival arrived. It was the day of immersion of goddess idol. Yogi took everybody to see the event. Kamal was also there. All were standing on a big boat in the mid of the river. Everyone was throwing colors to each other. From goddess idol, Yogi took color and smeared on Vaibhavi's head. She was very happy. Yogi asked Vaibhavi to take stole of the goddess as prasadam. He pulled the stole from the idol and wrapped it around Vaibhavi neck. Half stole was wrapped at idol and half at Vaibhavi neck.

Everybody started screaming. Two three swimmers jumped into the river. They somehow saved Kamal but could not found Vaibhavi. For two days the search operation was there. But she was not found anywhere.

There was mourning at Thakur family. It was declared that Vaibhavi is no more. Kamal's condition was also not very good. Charan was also weeping. He went to the Yogi and started licking his feet. Yogi looked at Charan for a while and then suddenly kicked him badly. His head hit the wall and he fainted.

Yogi stood and gazed at everyone and shouted now the devi has died. She tried to change me, she had to pay for this by giving her life everyone was shell shocked at this changed behavior of Yogi. Now Yogi was back to his rude behavior. He used to beat Charan and Kamal badly. All the time there used to be a moment of dead silence in Thakur family.

Kamal had become so weak that he was bedridden all the time. He had lost his voice. He was hardly getting any care and proper food.

One day everybody was sitting in the courtyard and Yogi was getting a body massage. Suddenly there came the voice of ghungroo. It was going on continuously and was increasing. It was the sound of Vaibhavi's ghungroo. Everybody got scared.

Yogi stood and went to the direction of the sound. It was coming from Kamal's room. Yogi went there. Kamal was lying on his bed. Now the sound stopped. Yogi pulled the collar of Kamal and asked why he was a playing prank. Kamal was unable to speak. Yogi thrashed Kamal brutally. He told everyone that Kamal is all well and he is doing drama.

Now that became regular phenomena. Sometimes the sound of ghungroos, sometimes someone running in the corridor. Yogi was getting restless. He tied Kamal with the bed. Kamal was in this position all the time. But even after that those happenings did not stop.

Yogi went to Vaibhavi's room and started throwing her items. Her makeup items, her jewellery, her dresses, everything. He did the tandav for an hour then he stopped.

All family members were scared and sitting together in the courtyard. When after two hours Yogi did not come down, her mother went up to see what has happened.

When she entered the room of Vaibhavi, she screamed. Thakur Saab, Thakur Saab. Everybody ran to Vaibhavi's room. Everybody was shocked. What was it?

Yogi was dressed like a bride in a bright red color sari, with bindi, and other items. She was looking like a shadow of Vaibhavi. Then suddenly he started dancing as Vaibhavi did. He went to Urmila, touched her feet, he touched Thakur Saab feet. All family members tried to control him but he was uncontrollable.

After dancing for a while he fainted. Doctor came. He said that he might have been traumatized by Vaibhavi's death. He will be cured. When he regained consciousness, he was told what had happened to him. But he could not believe anyone and shouted at everyone.

One day Kamal started speaking - "Maa, maa, bhabhi has come back. She told me she would take care of me. See she is cleaning my room." When Urmila went to the room, it was again Yogi dressed up as Vaibhavi, taking care of Kamal. Now Yogi was behaving in dual personality. He was getting mad day by day. During navratri festival, he went to perform the dance as Vaibhavi did.

Everybody believed that it was Vaibhavi's spirit who has come back.

Again it was a time of immersion of the idol. Yogi was dressed as Vaibhavi. He was dancing madly in the boat. The wind was blowing very heavy. As soon as the idol was to be immersed in the water the stole of idol flew and wrapped the body of Yogi. Half stole on idol and half wrapped on Yogi's body.