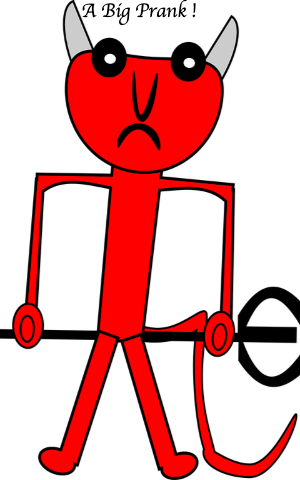 Tim walked swiftly through the sea of children walking in the hallways of North star middle school. North star middle school was a big concrete slab in the big city of Saint Paul, Minnesota. It was an old school with lots of heritage and never bothered to renovate. Tim was in a hurry because they're homeroom teacher Ms. Muckleberry was a mean animal. She would not let you come inside if you are not inside the class before the bell strikes 8 : 30. Today Tim woke up late and didn't want to stand outside. Thus, why he was running to class, he slid through the door right before the door was about to close shut.

"A Late one" muttered Ms. Muckleberry as Tim slid through the door.

Tim took his stuff and went to sit down next to his Buddies, Tyson and Fredrick. "She'll never change", whispered Tim. Ms. Muckleberry gave them a nasty stare and started with attendance. Soon the bell rang signifying the start of 1st period. As Tim was walking out the door Ms. Muckleberry, dragged Tim over to her desk and told him to mind his tongue. Tim walked out of the classroom confused. His mates asked him what was that about ? Tim said, "She asked me to mind my tongue". How did she hear our conversation wondered Tyson aloud."I don't know" replied Tim.

Tim and his mates walked to their 1st period, and when they opened the door they were greeted by a sneering Ms. Muckleberry. Tim and his friends stared at each other in disbelief. They looked towards the floor and walked towards their seats. Once they were seated they all immediately checked their schedule. They scanned across their schedule until they reached Thursday and saw a block period of English ! Alarms rang in their head as Ms. Muckleberry took english class.

Those 2 classes were torture, Ms. Muckleberry constantly was harassing them and being an all around bad teacher. At the end of the class she called all three of them over and said"Cha Cha my boys" with a devilish face. Then she sent them out the door. Once they stepped outside the class they all expressed their hatred for her. Then she stepped out and said"Hold your Tongue Children", and walked away. Argh ! Said the boys in unison. The friends then went throughout their day peacefully without the presence of Ms. Muckleberry. At the end of the day they all parted ways.

The next day the 3 boys came to school and met in the hallways. They were just talking, ready to enter class and meet the devil. Once they entered they sat down, meanwhile the principal was doing a walking by. Ms. Huckleberry threw something at the Tv and it fell down. The glass shattered and the Tv was long gone. The principal turned his head towards the sound and walked inside the class. He asked Ms. Muckleberry who broke the Tv and she pointed at Tim, Tyson and Fredrick. They all shook there heads and said they didn't do it. However they principal didn't care and called them to his office. While Tim and his friends were exiting the door Ms. Muckleberry said"Oopsie".

Tim and his friends walked worriedly towards the principals office. They entered the Principals office and the principal dropped a big bomb on them. They were suspended for 3 days."Even if it was unintentional I still have to suspend you" he says."You have to sit at home for 3 days" he said.    Oh No! What were they going to do now.

Tim and his friends devised a master plan to eradicate Ms. Muckleberry and put an end to her madness . They each went to the grocery store with their folks and got a bottle of ketchup each. Afterwards they gathered all their birthday money, which totaled up to 2, 000 dollars. They went to the store and bought as much ketchup they could get their hands on. After they bought as much ketchup they could they still had some money left. They decided upon getting bobbleheads. So they bought all of the bobbleheads they could find. On the day before they had to go back to school they pooled up all the ketchup and bobbleheads and revised the master plan for tomorrow.

On the day of the Operation they woke up extremely early and went to work. First they all met up and went to the school , once they arrived the gate was locked so they climbed over. Then they entered the classroom and started putting ketchup all over the place. They put it on the desks, floor and even the ceiling. Then they stuck the bobble heads to the wall using Glue and the ketchup. Lastly before they exited they wrote that Ms. Muckleberry did it on the white board.

They rushed back home as they had to be back before their parents noticed that they were gone. They all made it home in the nick of time. They went through their morning routine as usual and went to school. They all met up in the hallways as they usually do and went to class. When they arrived the principal was walking by."How are you he asked ?", asked the principal."Good"the boys replied. The principal asked where they were going and they said class. The principal jerked his head in that direction and saw the classroom filled with ketchup. He walked in and saw Ms. Muckleberry standing inside. He asked who did it then saw the board. The principal asked Ms. Muckleberry if she did it, she replied saying no. She immediately accused Tim and his friends of doing it.

Tim responded saying how could we get that much ketchup. Only a teacher would have that kind of money. Also we just got suspended why would we want to do anything mischievous again. That is true said the principal and fired Ms. Muckleberry on the spot. As she was leaving the classroom..

His friend gave him a high five and they walked away with a smile on their faces.