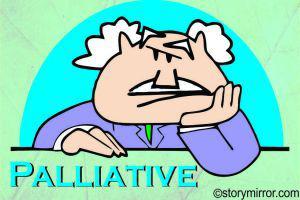 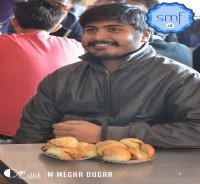 Down the line of emerging consciousness materialized a bipedal specie which somehow defied the laws of evolution and in being such, it also defined the same in a way that it would never remain the same; for there emerged a specie with 'Chins'! Chins were not heard of in those times and researchers would later go on to prove that these organs would only make the specie more vulnerable. But why did nature promote a weaker trait over its' trusted ones? Why render the specie vulnerable? These under-appreciated organs, as would be proven in time to come, were suggestive of what was in store for the specie; the power of boredom!

The specie under consideration had this super-powerish ability of getting bored which is not to be confused for any compensation for the weak chins; which were only an aid to their boredom and also the first signs of a distinct identity! Whenever the specie used its' power of boredom, it was driven; unlike other species, to create. The flux of novelty so generated was to be the cause of the progress of the specie. “But how did the chins help?” is of course the next rational question to ask. Well, it was only upon these chins that the specie would rest its' head while exercising its newly acquired power. They provided the exact cushion, conditions and excuse that were required and creation of the greatest pieces of music and the finest pieces of art, the discovery of selves, their purpose and being, all followed. It was only while resting on its chin that an illuminated chin noticed that it was in fact possible “to not give up to your urges”; it was possible to abstain! This, he believed would be an end to the nasty, brutish and short lives that the chins lived and would bring happiness for all. This peculiarity, though an anomaly was perceived as the next logical step of the never-ending march and the word was spread and followed.

As you could have guessed by now, boredom is not exactly an accomplice to abstinence and the rebound-era that followed was known as the ‘age of addictions.’ Chins got indiscriminately addicted to ‘stuff;’ be it rocks, power, tokens, technological voyeurism, food or chemicals, they would stop at nothing! The era was not to go soon and witnessed numerous collective addictions frustrate themselves unless the chins got bored of winning or losing. The machine age, the Chin wars, the space age, the information age, the digital age; there was no apparent end in sight of this perceived outrage till the frustration gave way to the ‘age of loneliness’. The anthropocene in this age differed little from the other ages but for the evident pungent stench of ambition filling it up! Chin against chin was the mantra, isolation multiplied by individualism the formula.

The optimistic chins believed that they had lived to see the utopia the illuminated chin prophesied of; for their lives were now nasty, brutish and long!