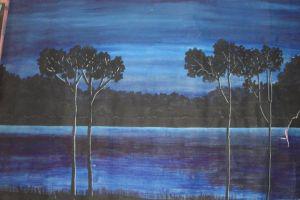 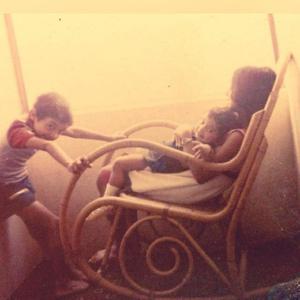 This visit is not purely coincidental! Neither are the characters fictional nor anybody who bear any resemblance to reality or whatsoever. The visit was neither unplanned nor preplanned...it was inevitable as I had eventually stumbled on to the ninth month of pregnancy. Crossing the threshold of the labour room, all the vague notions and superstitions I had heard of labour pain rushed through my mind like a mini-documentary. The room furnished with parallel beds held women of all sizes and shapes lying on them. Of course, the pregnancy-factor was common. Each patient was writhing in various degrees of pain .My heart went out to them and in turn to myself (I could not even say," Thank God, it's them and not me ", as I knew what was in store for me).

White-clad nurses straight out of a detergent advertisement moved about in amusing nonchalance, made immune by inevitable teaching: experience. One particular patient was surrounded by relatives working on a spiritual postmortem trying to pacify her. Apparently they were averting the possibility of a caesarean to a normal delivery. The patient suffered from painful contractions and the increase in frequency of her cries pierced through the walls, and not to mention our eardrums. I scoffed at her fussiness and was determined not to make a scene. The patient in the nearby bed looked at me in self-knowledge. I recognized the fear in her eyes; it was the same written all over my face. The doctor was fifty-five I had heard, but the demands of her profession kept her as efficient and agile as a twenty-five year old. She moved about mechanically measuring the contractions of each. She kept on oscillating between the major labour room and the one in which the patients were kept in waiting. Meanwhile, the frequency of the groans had gained such momentum that it now left an uneasy eeriness inside me, leaving me to wonder whether all the songs about motherhood were worth it and my feet took flight holding on to dear life, not even waiting for my permission. I was promptly rushed back by my sister and sister-in-law who stood by my either side like two body guards.

I occupied the bed of the former patient and wondered how long it would be before I would be another spectacle like her. Then, slowly, very slowly the contractions started getting to me. I tried to keep the atmosphere as sophisticated as possible and my dignity intact. However, small groans and moans escaped my hold and blew themselves out of proportion into big balloons. Before long, I was screaming at the top of my voice oblivious to my surroundings, hoping that my relatives might not recognize my voice. Immediately I was transferred to the labour room, and my hitherto cherished chastity which I had gifted only to my husband was ravaged by a host of nurses and the doctor. I thought I had lost my senses as a loud buzzing sound pounded into my ears, which I later learnt was the vacuum suction pump. My shrieks had reached their Everest, when something fell out of me with a 'plup' and there was a sudden calm after the proverbial storm. But not yet ,as I could hear mounting cries from my neighbour which had for ever wiped out my dirty thought of " it's you and not me."

A.P.J Kalam had once remarked that your birthday was the only day when your mother would be smiling when you would be crying (I mean really man…you can picture that huge grin on my face. Phew!)

Well, all said, as I stepped out of the labour room, with my chastity ravished, a bulging paunch and my abdomen scribbled with irreversible stretch marks, I was euphoric, as I had attained that ultimate of what any other woman wishes for - that of being complete.