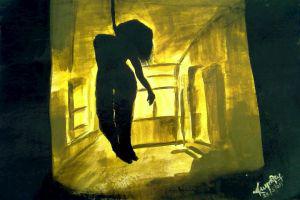 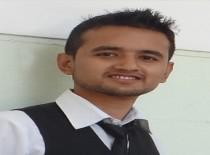 “What? SUICIDE?” Pankaj Dai screamed, all of a sudden left his tea on the table and launched into an investigation.

I lowered the TV volume. An ABC's sport was heating up. Suneheri, the most popular Tea Shop at Pulchowk. We were watching highlights of the match between Nepal and Ireland. Nepal had won that match. Paras had hit a wonderful century and Ganendra had hit a half century. I guess it was the first time all Nepalese were proudly pronouncing both the names together after the tragic Royal massacre.

I was sitting silent and mournful, befuddled with an unexpectedly created scenario which had turned Suneheri to sarcastic.

Praveen Dai and Pankaj Dai hastily left the Suneheri. Suman Dai switched on the TV. The highlights of the match were still in progress. It was continuously raining outside. He raised the volume and ordered two cup of special Illam Tea.

I did not respond him. I even did not bother to think over his question. What was in my mind? Why I rushed out of Suneheri? I dumped my favorite Illam tea and ABC Sports had never been interesting. I was walking lonely along the runny street and with my every step trying to smack the flooded Narayani over the road of busy Pulchowk. I was clueless and like no brain man.

Suman Dai got a phone call. I let him take an umbrella. He rested himself under the partly maintained old wooden roof of the Cyber Café by the street. Even so, I was following the plastic cup since it started struggling. It was rushing with the speed of overflow. By that time, I was completely wet. With every raindrop, the cup was getting heavier and heavier and I was getting half breathe. I balanced myself with the speed of the flow. That was like another ABC Sport I was watching and it was extra interesting this time. My player; poor plastic cup was struggling against the boorish rain. I thought it will get defeated and finally sink. But, I lost. It did not sink. The water masses mixed into a drainage channel and sadly, poor cup ended itself with the end of the game.

I felt sorry for the cup. However, I could not help it. But I was very happy for its heroism. Until the last second it did not give up, it fought. My hero ended. The loads of confusion and disorder in my head died. I smiled, kicked the ground. Water masses splashed like if it was afraid of me. I laughed. Again, I kicked the ground, this time a bit harder. More water masses splashed.

I am not a loser like Sachin who chose an easy way to hide his tail. I am like that empty plastic cup, which will fight until the end. YES!!!! I will fight. I will not surrender my life to death. “SUICIDE??? No way…. I am 19, still single and Virgin.” I smiled for my life.

I can never thought of harming myself, forget suicide. I love my life. My life is not my own. I owe it to the people who brought me into this world, enriched my life just being there for me, trusted me and let me enjoy all sorts of freedom of life...

I am with bundle of unfulfilled duties and responsibilities, piles of incomplete dreams and desires. Many things are left to see, remained to touch and a most thing to figure out “Better Nepal”. Indeed, I believe my country needs me most. Moreover, I have to live for my country, my society and my family. I must not die even by an accident and no chance for a suicide.

Truth is always bitter. But it was not only Sachin who could not crack the name to top 500 students in IOE entrance exam. I too was in the list whose name was out of the list. Sachin failed for his second attempt. I failed in my first attempt. However we both were a failure. And my narrow society has its own weird definition of the failure. We are not counted for our effort. If you win, you are a winner, a real fighter and a champion. If you lose, you are a loser, a loser, and a loser. Yes! I failed. But that doesn't mean I can't bounce back.