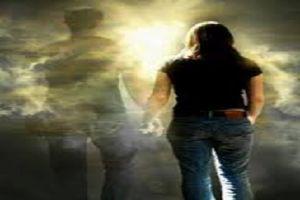 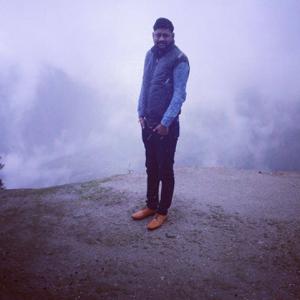 As Joseph opened his eyes, it was a blurry vision for him, but he could easily understand that it was Cynthia standing in front of him. He had a sigh of relief and smiled at her. When he fully opened his eyes, he could see her but it was not her real self.

He apparently asked her, "How are you? Come sit by my side."

Cynthia was taken to him by her friend and she sat besides him.

Joseph tried to cover up the entire situation by holding her hand in his. He said in a firm voice – “It wasn’t your fault honey, it had to happen. You need not be guilty for it. Just forget it”

Cynthia could not understand what was happening and shouted out – “Who is he? Why have you brought me here? I don’t know who he is.”

Joseph was shocked by her reaction and was taken aback. His eyes began to close –

He could see Cynthia’s smiling face like a bright sunshine when he first saw her at the CCD. She was so adorable and charming Joseph could not take his eyes off her.

He could see how perfectly she was making her faces and having a good time with her friends. He could not stop himself; he had to talk to her.

He still remembered the day when he proposed her going down on his knees at the function in the Theatre where she was playing Piano. He remembered the moment when the crowd clapped for them.

He remembered the four vows he took with her in front of his friends at a wedding and the way she smiled at him with tears in her eyes. He promised to stay with her and she knew he was not lying.

But destiny had some other plans...

That night Cynthia told him she wanted to drive home. It was a dark night and the way to home wasn’t that easy but Joseph agreed.

Both were still living their special moments. They were still reciting the vows and making sure to live together even in the heaven.

To Cynthia’s surprise – Joseph opened up a case and showed her the ring and asked her to marry him the very next day. Cynthia could not believe what he had just said and lost in her happiness and forwarded herself to him.

As Joseph came forward to kiss her, he could see a light striking his eyes – It was a truck and they were at the deep curve.

He hurriedly moved up to the steering to turn the car towards extreme left but by then – the truck had banged the car. The car toppled and rolled over the road. Joseph held her hands tightly.

Joseph’s airbag did not burst out to save him. The fate had something worse stored in when Cynthia fell off the car- Joseph could not hold on to her hands and her head banged against the road. She was smeared in blood... her eyes closed.

Joseph relived all these moments in that one second when Cynthia denied to recognize him at the hospital and took away her hands from his. As she turned her back to him and walked out the room, he slowly closed his eyes and the heartbeat line went straight and he just murmured –