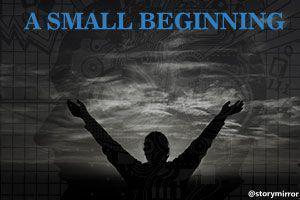 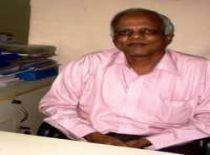 It was the morning of Vijaya Dasami (the last day of the Dusshera). I was enjoying a cup of tea in my room when my younger brother came in and said that he was leaving by the 10’o clock train to our native village. He further declared that it was his intention to leave the city for good and settle there.

Though this sounded rather sudden to me, I was not surprised. In fact after the incident last week, I was very much expecting something like this to happen.

After he left my room I sat back in my chair , pondering over that particular incident.

It was just a few days before the beginning of the Dusshera and we were having a family get-together dinner at our flat.

My son, along with his wife & kids, was on his biennial visit to Calcutta . He moved to Switzerland ten years ago and is presently working as Research Head of a renowned pharmaceutical firm in Geneva.

My brother, who resides in the adjacent flat, had also joined us for dinner. Before his retirement last year, he was the principal in one of the city’s renowned schools. After his retirement, the School Board invited him to continue with them as an independent consultant, to which he had happily agreed.

After dinner, the three of us retired to the balcony and sat down, making small talk.

I asked my son , “I did not see your kids at the dining table.”

“No, they were tired after the journey from our native village. So, I made them go to bed early. It seems that the heat and the long uncomfortable journey on bumpy roads have taken their toll. Also there was no power in the village last night”.

He went on. “Our country has a long way to go, if it really wants to be known as a truly developed country”.

As if waiting for a cue, my brother quipped, “You have no right to complain. If you had really wished to do something then you should have stayed behind. Instead you went abroad at the first opportunity.”

“Uncle ,it is not like that. You know that there were no opportunities here, in my field”

“This is what people like you offer as excuse to settle abroad. I have seen so many engineering and management graduates from premier Indian institutions leaving the country and never coming back.”

“Uncle, even if we wish to do something, there are so many hurdles in this country which frustrate our efforts”

“That is rubbish. I had recently read a newspaper report about an IIT & IIM graduate, Vinayak Lohani, who opted out of the placement process and instead founded a school for poor children in the suburbs of Calcutta. Similarly, another IIT & IIM graduate, Arghya Banerjee, has founded a world-class school in Suri, which is not a metropolis but a small district town in W. Bengal. If you have a will, you will definitely find a way.” My brother said rather passionately.

I observed that the conversation was taking a rather controversial turn, and was alarmed that it might end in some unpleasantness.

But my son calmly said, “Uncle, four decades ago my father and yourself left our native village and came to this city because there was no opportunity for higher learning there. But even today the village does not have a higher secondary school. The nearest school for higher studies is quite far away. Yesterday, when I was in our ancestral home, I learnt that because of this fact, many of our neighbours’ kids have only received a primary education. Now, please don’t think of me as being impertinent, when I ask you, even though you were a teacher your entire life, why you did not go back to our village and help those children. You may have your own reasons for it but please understand that others like me, who have settled abroad, also have our own reasons for not coming back”.

There was absolute silence after he finished. My brother did not say a word but sat there staring at the buildings across the street. Finally , he bade goodnight to us and went to his flat.

The following days of Dusshera went off happily. The night’s exchange did not come up even once in our conversation during the last seven days. My son & my brother were talking normally, which was a great relief.

All the above events went through my mind like a movie, while I was still holding the empty tea cup in my hand. Suddenly I remembered that it was Vijaya Dasami day and relatives would be coming to exchange greetings.

I came out of my room and saw my son standing in the living room holding a suitcase and in deep thought. On seeing me he told , “Oh! Dad! I am going to the station to see Uncle off.” A rare gesture which he extends only for the people whom he respects very much.

Waving my brother goodbye, I sat down on the sofa and started wondering, ”Why not wind up my medical practice in the city and settle down in the village . At least, the villagers need not travel to the city for each every common ailment.”

Then I thought , may be, one day my son would also come back from abroad and settle here.

I sensed that a small beginning had been made by my family in the right direction.

Maybe our efforts would prove to be only a tiny drop in the ocean.

But then, oceans are after all made of tiny drops only.

With a new found energy I went into the kitchen to have my second cup of tea.