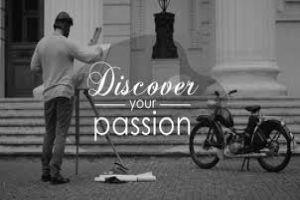 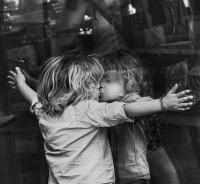 I had dropped out of college, and I rented a place to set up my business in the capital city of India- Delhi.

I had hired a maid who used to cook for me.

Once there were such circumstances that I had to pay a visit to her house.

I was just about to leave when I saw this child. He might have been around 6 or 7 years old.

He was doing the dishes.When I looked closely, I found out that he used to look intermittently from the corner of his eye at other children who were playing marbles.

Even when he finished doing the dishes, he just watched other children play and enjoy among themselves.

Out of sheer curiosity, I went to him, gave him a warm smile and asked him very politely.

Why don't you go and join them?

To which he said, ”I can't play with them.They speak in English sometimes, and then I feel out of place.”

So my obvious question was “Don't you go to school?”

To which he replied with a succinct “No”.

He became sad and further added,”I can't afford to go to school. I have to work to earn my daily bread”.

I read sadness all over his face and tried to cheer him up by smiling and said, “Do you want to study?”

There are some moments in our lives when a person doesn't even utter a single word yet makes the other person entirely understand what one was supposed to give words to.

This was one of my moments.

This child didn't say anything at all, but I could behold the sparkle in his eyes when I asked him whether he wanted to study.

I left, for if I'd stayed even a few seconds longer, tears would start rolling from my eyes.

But I can still not forget those sparkling innocent little eyes.

Later that day I came to know that this child was an orphan, and he was left with my maid by her cousin sister so that the child being in a big city like Delhi could, at least, make a proper living.

When I heard this, my heart sank. I was shattered.

I said to myself. Oh! Irony! You tiny piece of junk. Here I am, who just left studies in the middle of a course, whatever the reason may be. And there lives a child with twinkling eyes, who works day and night, does dishes to just survive and who doesn't even know whether he would have a meal tonight or he’d have to sleep on an empty stomach. But still, he badly wants to study and then wants to play with other children with his head held high.

I asked myself of what use is the money if I can't bring happiness to such a zealous would-be citizen of my country. And at this exact moment, I pledged that I’d dream. I’d innovate great ideas but will also fight to empower such enthusiasm and support the vulnerable in every way possible.

However, sometimes when I fail even after working very hard, I get frustrated with everything and just want to quit.

But you know what? Those sparkling innocent little eyes don't let me quit. They get me started every time. Every time I begin again with this vision of mine that why had I begun in the first place?

And I restart with double amount of energy, with even great zeal to work for that little soul.

This is the strength a vision possesses. It doesn't let you sit on your backside but kicks it to make you run for your passion time and again.