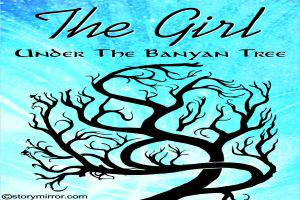 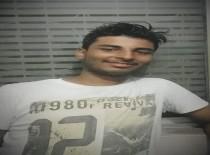 This incident took place almost one year from now. That day my parents were out and I was alone in the house. The atmosphere is naturally frightening when there is a thunderstorm outside and that night the sky was growling like anything as the street dog growls at an intruder. And the mysterious darkness outside made the night more eerie. Moreover as you know, there is power cut during thunderstorms. So there was no power that night.

A big playground is situated in front of our house inside which many trees are planted among which there is a banyan tree. A narrow lane separated our house from the playground. Looking inside the playground on such a night will scare you out. The whole playground will look like a mysterious dark place from where you expect ghosts and vampires to come and haunt you. There were  rumors about it being an old graveyard.

Imagine such frightening nights and me being alone in the house. How can you possibly imagine that I can sleep? Can you sleep on such a night? No. So I was just tossing and turning in my bed, getting alert every time the thunder clashed. Nights like these are suitable for haunting, robberies and murder. The frightening sound of the wind as it blew past leaves made me shiver. The occasional howl of the street dogs outside sent a shiver down my spine.

At about 3 o’ clock that night, I thought I heard a scream from outside. My senses became alert and my heart beat increased. All the noises outside seemed to have ceased together and only the splattering of the rain could be heard as it fell to the ground. I made my way to the window and tried to see outside but nothing was visible as the power was not there and the street lights were off. Suddenly someone started knocking on my door continuously. I got more frightened. Somehow I managed to make my way towards the door and ask who was knocking the door. Hearing the familiar voice of my neighbor, I opened the door. He said that he had stayed up late in the night doing some work when he heard the scream. He knew that I was alone and so had come to see whether I was safe or not. I told him that I was safe and we went to find the source of the sound after I fetched my torch.

Outside it was completely dark, apart from the occasional lightening that lit the sky occasionally. The scream came again after sometime. This time it came from more near and the sound was clearer and shriller. The sound came either from inside the playground or from the other side of it. So we went into the playground to find who produced such sounds in the middle of the night. The grass was wet inside and it made my night clothes damp. The wind was still high and the croaking of the frog and the occasional sound of the hissing snake were the only sounds that we could hear. Just as I was thinking about all these, another similar scream made its way. This time we became evident that the noise was coming from inside the playground from near a banyan tree.

My heart was racing as we progressed near the tree. I could see a girl sitting in white clothes. As we were just some feet away from her, we stopped because she looked up. From the look, it was evident that she was not a human being. Because her eyes were bloodshot and blood was squeezing out from her mouth. She looked very frightening. I was shivering uncomfortably as I stood there. Uncle was mumbling something (a mantra for sure) and he was in no less bad condition as I was. We did not even know whether she was alive or dead but we’re damn sure that she was not a human being. We’re much horrified after seeing such a scene.

Suddenly out of nowhere she rose again and gave such a frightening scream that it scared the hell out of me. I just looked at uncle. I couldn’t realize if this was really happening or it was just a dream. Firstly what was lying in front of us? As it was evident that she was a supernatural being, who she was actually? Vampire like Lucy or ghost or she could even be an alien!

After coming out of shock, uncle took out his mobile phone and called some of the neighbor’s and the police. The power was still out and it had begun to drizzle again. I stood there transfixed, looking at the horrific face of the lady. Within half an hour the neighbor’s and police had arrived. They came and stood next to us staring at the mysterious creature ahead of us. When many flashlights were flashed on her, it was evident that she was a girl of 17-18 years. There were 2 marks on her neck as if any sharp object had pierced there. Were the rumors about vampires true?

The police officers were also very frightened to go near her. A brave officer moved towards her and tried to touch her. The moment he touched her, she growled frighteningly and loudly and scratched the officer’s hand and face and then started running in our direction. We all got scared. But she fled away through the small gate never to be seen again.

After that incident a guard was appointed to guard our society. Now a days, no one stays out or goes out in night except emergency after 10pm. The girl or any other mysterious creatures have never been seen again. Now I think the rumors about the playgrounds were true.

The Girl Under The Banyan Tree