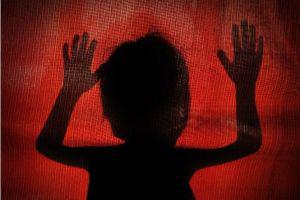 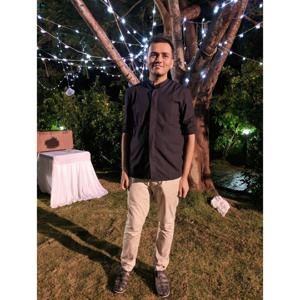 “He was swimming in a sea of other people’s expectations. Men had drowned in seas like that.”
― Robert Jordan,
New Spring

It was 5:04 a.m. in St. Vincent’s School. The school grounds bore a deserted look; The customary green grass dripped with fresh morning dew; the Eurasian collared doves unanimously awakened the Yellow Warblers and the Barn Swallows from their heavy slumber; the Barred owls were formally discharged from their solemn night duty; the rambunctious ferrets and the sprightly gerbils galloped animatedly around the English Beech tree; the midnight blue dissolved into an ambiguous shade of Columbia blue; the night had culminated into morning.

Brady Thompson whimpered towards the direction of his dormitory. His strut was anomalous and distorted; his resemblance to a rag doll was uncanny. His striped, dark gray pants were emblazoned with a dark red liquid.

Brady Thompson dragged himself to the communal bathroom. He entered an abandoned cubicle at the right-most corner and took off his pants, his royal blue blazer, and his blood-splattered underwear.

Brady’s buttocks were exuding fresh, crimson red blood. His chest bore guerdons and souvenirs in the form of miscellaneous bruises and scratches. His face was lifeless and disabled but he held a phlegmatic, placid, emotionless expression notwithstanding of the sanguinary site.

He stood in dead silence as the lukewarm water laved away the grim mementos off his tiny body. He wore a fresh pair of clothes, and then, Brady Thompson went to sleep.

His night had ended.

“Brady, hurry up, darling! You don’t want to be late today. Do you, pumpkin?” Mrs. Thompson cajoled. Mr. and Mrs. Thompson had chosen to send Brady to a boarding school – St. Vincent’s School.

St. Vincent’s School was indubitably the most illustrious institution in the whole country. It was fabled for its exceptional academic records, its expansive playgrounds, its code of discipline, its royal blue blazers, and its emboldening of masculinity.

Brady wasn’t particularly enthralled by the idea of living in a boarding school. But Brady Thompson had always been a subject of great disappointment and chagrin to Mr. Thompson, and Brady saw this as an exceptional opportunity to fix things right with his ‘machismo-loving‘ father.

Brady nodded in agreement. He was trying to feign a profound fascination for the school and his father’s animated excitement.

But he was never good enough for Mr. Thompson.

Brady was walking back to his dormitory. It was 7:37 p.m. Brady had completed 94 days at St. Vincent’s. His boarding school fears had diminished considerably. St. Vincent’s wasn’t as parlous as Brady had formerly deduced. The food was passable; the teachers were adequate; his classmates and new-found friends provided congenial company. If you could ignore the sporadic bully and the vexatious morning bell, life was not lamentable at St. Vincent’s.

Without any prior warning or notice, Brady Thompson’s journey to his dormitory was abruptly put to a stop by Freddie Jones, the school prefect and captain of the football team. Freddie Jones was conceivably the most popular and admired student of St. Vincent’s; He had a sterling reputation; the teachers adored him, the students worshipped him and the school’s mess gave him an extra helping of the chocolate brownie.

Freddie: Hey, why are you loitering around at this time? Aren’t you supposed to be in your dorm?

Freddie: (broodingly) Hmmm. I haven’t seen you here before. So, you’re a new kid?

Brady: Well, not entirely. It's been 3 months now. But, people don’t acknowledge my existence immediately.

Freddie: (pauses for a minute) Come with me. We’ll take a walk.

Brady: But I… I need to return to my dorm, sir. 3rd graders aren’t allowed to be outside their dormitories after 8:00 p.m.

Brady Thompson followed Freddie Jones like a sleuth treading on the heels of a dubious geezer. Brady was apprehensive and hysterically petrified; He had a presentiment of an imminent disaster.

Brady contemplated running back to his dormitory. But what if Brady was wrong? What if Freddie Jones was just being friendly?

Consequently, Brady decided that it would be best if he followed ‘Prefect Perfect’ to wherever he was taking Brady.

“What’s the worst thing that could happen to me? He will smack me with a stick and take my chocolates?” Brady said to himself and went inside the generator room.

Alas, fate had choreographed an indelible performance for Brady.

The generator room bore an uninhabited look. It was dark, indistinct, and tenebrous. As Brady walked inside, he stumbled upon a broken pedestal and fell on the soot laden floor.

Brady: (coughing) Sir, why are we here?

Freddie: We just are, kid.

Brady: (obediently) Should I switch on the lights, sir?

Freddie: We won’t be needing them, kid.

Freddie Jones grabbed Brady’s neck and swung a hard hitting punch in his gut. Brady lost his balance and dropped impetuously on the floor. Brady recognized the compelling need to get out of the generator room, but before Brady had the chance to try and escape, Freddie Jones lunged at him. At 4 feet and 2 inches, Brady was no compeer for the burly brute. Freddie Jones chastised Brady repeatedly and violently. He struck Brady many a time until Brady no longer showed any signs of movement. Brady wasn’t mewling querulously. He lay on the floor, callously abused, visibly contorted and perfectly broken. But Brady didn’t break into a bleating, elegiac symphony. He held his composure and did not shriek in pain.

But Brady was incontestably unrehearsed for what followed next.

Freddie Jones clasped his hand over Brady’s mouth and liberated Brady from his extensive clothing. Brady grabbed Freddie’s hand and looked beseechingly at Freddie Jones as he proceeded to remove Brady’s underwear. Woefully, Brady had been dilatory in unveiling his frenzied emotions. Brady felt helpless and impuissant as Freddie Jones pushed him against the adjacent wall, and then, Freddie Jones violently raped Brady Thompson. Brady howled in laborious pain as Freddie Jones thrust his penis unsparingly inside Brady’s virgin buttocks. The pain was exquisitely harrowing. But Freddie did not stop. Freddie Jones continued thrusting inside, with each thrust being harder and more unbearable than its predecessor. Brady could feel blood oozing out from his behind but Freddie had absolutely no intention of stopping.

And then Brady passed out.

Freddie Jones could be putatively accused of necrophilia had Brady chosen to die in the midst of the gruesome ordeal. But Brady didn’t die. He was very much alive, enough to feel Freddie’s unfaltering assault on Brady’s now mangled body. Brady was a testimony to Freddie’s gut-churning attack on his body. Brady had been in a soporific state for the past 6 hours and 22 minutes but his mind had been sentient every single time Freddie Jones mercilessly shoved his penis inside Brady’s behind. Brady’s insides had wailed agonizingly every time Freddie Jones had vandalized his body. His soul bellowed dolorously as Freddie Jones defiled Brady with his whoredom.

It was 4:26 a.m. when Brady woke up. By now, Brady was too stupefied and deprived of sensation. He was numb.

Brady could feel an indistinct shape snoring nonchalantly a few feet away. Brady moved his hands around the floor vigilantly until his hands could feel the customary touch of his cotton blend underwear, his bleached cotton shirt, his dark gray polyester pants, and his royal blue tweed blazer. Brady donned his school uniform and started to walk towards the entry door of the generator room. As blighted as Brady’s fortune was, he wasn’t quick enough to get out of the haunted room. Freddie Jones was standing behind Brady with his hand on Brady’s neck.

Freddie: (harshly) Where do you think you’re off to, kid?

Brady: (resentfully) I’m going back to my dorm.

Freddie: But we aren’t finished yet.

Brady: We are. Thoroughly.

Brady: (ragingly) I said, WE ARE FINISHED!

And with that, Brady Thompson walked out of the contemptible generator room.

Brady wept inconsolably as he walked towards the direction of his dormitory. But this time he shed tears of victory and triumph.

Brady Thompson had become a man.