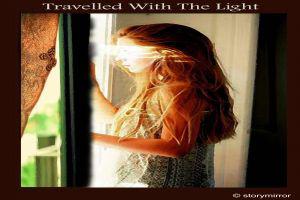 Travelled With The Light
★★★★★ 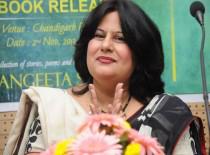 She woke up and found a cool air rumbling with the curtain; she arose from the bed and looked through the windows, a sense of familiarity made her comfortable. The colourful light spoke

to her and she followed the beam of light and came out of the room. A long corridor took her to the main hall, fresh flowers and silence welcomed her and her instincts told her she was ready to go. She went back to the room and found her things stacked up in the cupboard, and her clothes neatly hung on the hangers. She pulled a long dress and headed for a shower, her mind racing, but her body was responding to the gentle breeze, the soft song played up by the nature was balancing off all of her anxiety. As she moved down the hall, what she saw was a tea table laid up for two. Across the tall Victorian windows her garden of dreams played up a symphony, she was mesmerized in the glory of the moment.

She walked down to the table and suddenly she heard the first human voice. She turned back and found a petite lady in her late fifties smiling at her. She had a soft voice and sounded almost like a jingle. She wished her good morning and served her tea. She politely asked the lady if she lived alone, and she smiled back and said, “No, the master stays here most of the time.”

After finishing her tea, as soon as she was ready to move, the lady called again and gave her an envelope. She looked at the envelope and saw her name written in English in a beautiful, running handwriting. She sat down on the chair once again to read the letter.

She came out of the house smiling, started walking towards the walkway, going up the hill. The place had certainly some spells she thought as she moved on with floating steps and a song on her mind. She felt she had just unburdened herself from a heavy baggage suddenly and was almost defying gravity. She reached the edge of the cliff. The morning Sun welcomed her here. Once again, the lights were dazzling over the dew drops like little diamonds on the leaves and flowers were coloured in deep richness of tranquillity. It was the most satiated she had felt in a long time. The things money cannot buy were the things today giving her happiness. It was the new found experience of joy in this place that made her a new person, she thought. She walked on enjoying the view, the trees, the birds, and the vast valley below.

It must have been nine o'clock, she realized as the Sun had risen a little higher by now; she had lost track of time and her own being in the beauty around. The peace by now had slowed down her pace of her thoughts and her heart. She was walking down the hill, back towards the cottage, carrying with her a small bunch of

dried flowers that she had found lying near the stream. It reminded her of her past -- the once beautiful bunch of flowers which she had held in her hands, had still appealed to her, and staring upon the monument of nature, she decided to pick it up. Her mind toyed with it all the way back to the cottage and as she reached at the gate of the garden at the entrance she popped the dry bunch in the Green Vine hanging down, full of pink and white flowers. The dry bunch of flowers hid away under the fresh floral array of the vine like nothing.

She thought the present beauty of the moment was more attractive and her mind left it hidden there among the flowers and she opened the front door of the cottage and walked in. She walked into the hallway and the corridor. The lady said, “Hope you have enjoyed your walk. Master waited for you and when you did not return he left.”

She was taken aback and said that she did not know that there would be someone waiting for her. The lady reassuringly stated, “Do not worry, he would be back here again in the evening.”

She heaved a sigh of relief as she was relieved from feeling sad for getting late and not having been able to meet someone who was waiting to help her. She came back to her room and stood by the window, staring outside. A shaft of light once again glazed from window surrounded by tall trees. It was inviting, and she was enjoying the play of light thinking about who the master was. She sat on the bed thinking about the Master, as the lady had addressed the person. Her first reaction had been to ask the lady who he was and why he wanted to help her, but there was some strange energy vibrating in the place which made her stay silent and calm to wait for the evening. She fell into another sleeping spell and moved into a deep dream like state about the evening meeting, surrendered in the peaceful arms of sleep, her mind had dissolved all her previous stress. She was dreaming about a dawn at this dusk. When she woke up she did not know if she was still sleeping or was dreaming then. She felt she had stepped down from another reality to another unreal world. When she heard the lady's sweet voice to call her for lunch, only then did she realize where she was and tried to come out of her dazed condition. After finishing her lunch which was simple and deliciously prepared from some home grown vegetables and fruits, and thanking her, she decided to find out about the master and the proposed evening meeting with him. Her curiosity was spilling over as her eagerness to meet was uncontainable.

She collected her courage and asked the lady, “Who is the master?”

The lady stopped, seemed lost in a meditative ponder and then smiled at her, looked into her eyes, as if she was trying to read her eagerness and said, “You will know, once you meet him.” But she remained silent for any further explanation.

By now she felt an urgency to know who the master was, her eyes questioned straight into the lady's eye, but she replied very gently, “He will be here any moment.”

She sat down on the sofa, all her mental energies triggered into a question ‘who he was?’

Is he some old known acquaintance, his mentor, a messiah or she was ready to fall into a mysterious trap? Her instincts told her she did not need to think as much, so she sat, looking out of the window, at the garden outside.

She was sitting, staring out of the window, waiting to see what she wanted to. Her positivity had swept away all the doubts from her mind. She felt like an iron nail that lay rusted on the road, and waiting to be taken away by a magnet. She heard a car stop out outside. The lady rushed to open the door.

As she opened the door a beam of light travelled inside as if the evening Sun had almost entered the main hall, and then a tall figure entered. She stood still near the edge of the sofa. He was tall, fair in bright white cotton shirt, and light blue jeans, wore silver rimmed glasses, in his late forties and he had the gait of a youth. He walked in briskly and greeted her with folded hands. His looks pierced into her mind; she was dumbstruck in awe as it was the same face that had been haunting her in her dreams. She very softly mumbled, “I know you.”

He smiled and waving his hand suggested her to sit on the sofa, and asked her, “Hope you are fine.” She recovered and nodded in agreement. He said, “If you need anything you may ask Gee.” Gee was the lady and she gently greeted and bowed. She sat there, listening to him, his words evaporated like Camphor and blended with her spirit. She felt her mind was shedding away its grime and she felt lightness making her float with every word that he uttered. The sweetness of the sound, as it reached her ears was musical and yet very firm, It reached her like a laser beam with a resonating high energy. She was fighting within to climb out of a deep slumber.

She was holding on to his voice, the sound pulled her out. Her awakened state was new found for her. She wanted to hold the moment. It was reinforcing life into her.

'His Presence' had announced an awakening; she was very sure that she had found a mentor. As he left, once again he greeted her with folded hands, leaving her mind vacuumed in an empty space and suddenly she realized she was sitting alone with her eyes closed. His words were moving on her mind like a slow swirl, speaking to her. She remembered, 'value the life', 'stay awake', love your being', 'have faith', 'be a winner'...

Going back to my world was now a task. This place had an influence on me, and so I dreaded losing the peace and tranquillity that I had found here.

The whole life, I had been living as a stranger with my own self. Now I had found a new friend in me. She had become me, this self discovery brought in a self confidence, so I decided to return to my best next morning to face the life. I felt every meeting with him had reconstructed a new me, and rediscovered the ease of living, I

realized faith has a great power and faith, when supported by positivity, becomes a pillar of strength for one's life and living.

The dry bunch of flowers still looked beautiful, but I did not choose to take it away from the floral vine.

Greetings! Your life is a beautiful gift, just open up the wrappers of your belief systems, and see the light that awaits to shine. Do not feel lonely, as no one is with no one, and everyone is with everyone as there is only one, in all of us awaiting union.

There is only one light of love that threads and segregates everything and everyone. The purpose remains to seek, that we all must be threaded in unity.

Our effort to love our own selves and others does not go waste. It only expedites our search for our own selves, love, truth, god, and peace. They say: significance of the colour remains, to transcend from one colour to another and see every colour is a drop of light and without light there is no colour, so what is actually beautiful, is light, colour is nothing. We search colours in skin, soil, eyes, hair, flags, blood, religion, whereas, it is nothing. Let us search light, that is the one that gives life, is life, live!!

May the light of love bring cheer in your life!

With good wishes and regards,

Travelled With The Light