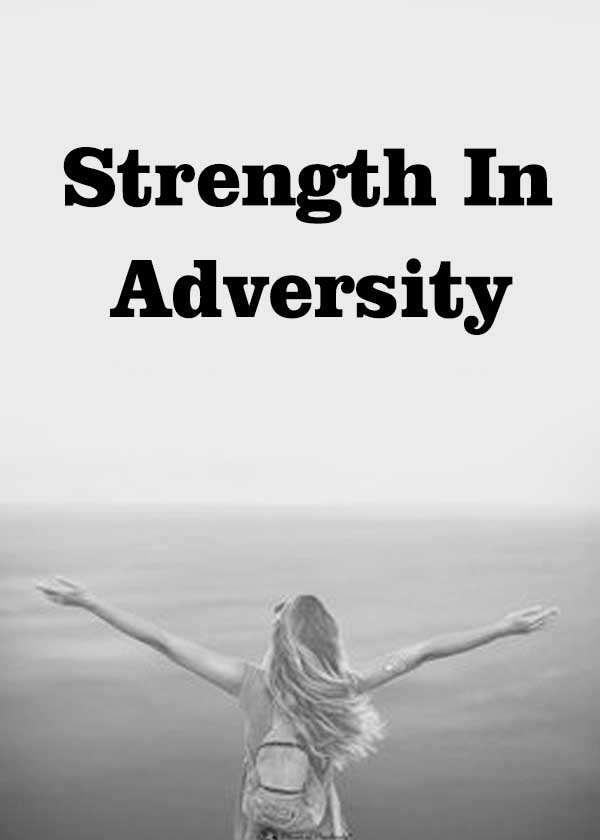 “Adversity causes some men to break; others to break records.” William Arthur Ward

At the face of hardships and adversities, how do we chose to respond defines our true self. Take the happiness litmus test and my aunt-Usha, with her cheery smile, sparkling black eyes and effervescent persona,will surely score a cent! The true epitome of beauty, she is always a vision in white and possesses the knack of connecting with people with the utmost ease.

She is the strongest woman I have ever known. Her mental brawniness and emotional strength is something I really admire about her. A beautiful bride at the tender age of 19, she,along with her partner, embarked on the exquisite journey of togetherness but the nuptial bliss came to an unanticipated halt when her husband was diagnosed with a chronic mental disease -”Schizophrenia.” This marked the onset of unremitting hallucinations and delusions with the inception of the incurable malady; life indeed turned into a living nightmare.

Life,sometimes, demands struggles and in those gruelling situations, it is rather easy to get overwhelmed and “Give Up” temptation overpowers us. But did she surrender? The ball game was entirely different from what came before in her life, yet, she chose to fight like a warrior and emerge triumphant in her own eyes.

The early days of the relationship were quite baffling. On one hand,all she desired was to break through the shackles and free her soul, while on the other hand, she felt powerless to pull herself out of the deep,wretched hovels on pretext of “ Marriages are made in heaven and to be endured on earth.” To make her marriage divorce proof, she tried her best to keep her emotions in check and not let the world see how the “brain disorder” was wreaking havoc on their relationship. From enduring physical violence to tolerating emotional and verbal abuse, she took everything on her stride, because all she wanted was to be a little hand of succour for her partner, who himself was fighting against all odds to lead a normal life. Being a psychology graduate, she was au fait with the necessity of providing family support and guidance to a schizophrenic patient. Did she have the perseverance of the saints? I wonder- Yes! Her relentless pursuits has undeniably stood the test of times and she,with her unwavering loyalty, is still nurturing her alliance with all love and care.

Six years after marriage, life was all thorns, adding to the miseries; society started questioning her “womanhood” as the child was nowhere in sight. This led to questioning her existence, in turn, giving rise to unwarranted fears and at last she decided to put an end to the woes by opting in for motherhood. Motherhood is surreal in all the best ways; still the tough times did not cease here; and she was again put on trials, colossal in size and stature. My cousin alias her son was diagnosed with another fatal disease “Metachromatic Leukodystrophy” and with this, her world came crashing down. During this moment of intense grief, she experienced an epiphany that “God will carry her through the storm, will give her strength to endure the pain and courage to face the fears.”

Usha is a woman of indomitable spirit. When she gave birth to her second son, I remember telling her that it would have been good if she could have delivered a baby girl as she already had one son. She said that if that would have happened, she would not have loved me and my two sisters the same way she does now. Ah! I felt an immediate sense of relief because I loved her and still do and did not want anyone to take my place in her life. In spite of so many hardships, her dauntless fortitude has made her absolutely fearless.

For me and my family, she is the woman who fits in all the yardstick of beauty. Soft like a rock and fragile like a bomb,my aunt is genuinely the most beautiful woman I will ever know!