The stench of blood and burning flesh hit his nostrils like a freight train. He clutched his cabin assault rifle desperately as if it were the last of his sanity and tried his best to not make much of the growing numbness beneath the holes of his shredded regiment uniform.

If Chadwick was half the man he claimed to be then he would surely realise that this was his best mate’s last call for help, before his severely damaged walkie talkie went silent, but it was the least of his concerns. This wasn’t how he had wanted to greet death, it was hardly fair. However, all is fair in love and war, he bitterly chuckled to himself.

Seeing the canvas of the valley stained red and hearing the demonic howling of the wounded and forsaken made him question the hatred he harboured in his heart. The conservences of this resentment had blossomed into encounters and confrontations and finally it was his turn. And now when all was lost, he acknowledged the frantic knocking of death, as a lifetime of unsaid and ignored washed up before him.

His father’s absence, his mother’s aloofness, the scornful look of his superiors and their surprise when he proved his mettle and of course Julien. Julien Havver, who was too unblemished to be among such sinners, fragile, delicate, emotional, caught in the middle of war, except when he held a beretta ma to a mole’s head and pulled the trigger, unflinching, except when he told him that he could never hate Kevin Li for the blood on his hands. Chadwick, in between his fervent pleas, had asked him to think of Julien, he had to make it back. Julien was enough motivation, even when he felt himself slip into a dark abyss. While slipping in and out of consciousness, he barely could register the stretcher, the shouts of family, familiar voices and chaos.

He had found him. He was going home, to his brothers, to Julien. As the rays of the morning sun cradled him awake, his searching eyes met the daily newspaper. He gingerly stretched to grab it. Casualties had risen. Many martyred from his regiment too. He wondered who were they.

Then came the sound of someone rushing down the sickbay. His cabin door burst open. “Kevin, put that thing down – oh no.” – Chadwick's agitated cry stopped abruptly. Kevin felt as if his eyes were betraying him. Mentioned in the article, in bold capital letters, was the follows – 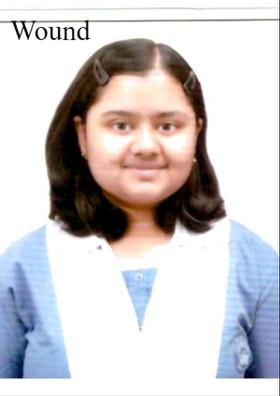