Slowly making his way into this house and locking the door shut from behind. He sighed in relief as he managed to get into the house without getting into any trouble. He had been keeping an eye on this couple that lived here for over a week now and his good observation skills made him know the timings of their departure and arrival to their house. He is inside the house now and can easily carry on with his work and escape before they even know what they lost and he could live happily for at least a few months.

He appreciates himself for his smartness. The house looked so simple yet classy. Classy or not all he wanted to do was get his job done and escape.

He looked around the house and then prayed to his god for a successful day ahead. After all, he had always been successful in this prestigious field of robbery over years with no criminal records whatsoever.

A loud thud and a high pitched scream brought him back to reality. Maybe be it's not his lucky day today and there is someone here and he can't do his job here. He thought if he should look where the scream came from or if he should just escape and try his luck next time. But since it was a kid's voice he decides to follow that voice.

The followed voice leads him to the kitchen where he sees a kid lying on the ground with water splashed around him and a wheelchair beside him. The kid was not more than 11 years old. He was trying to get up but was failing. He walked towards the struggling kid and helps him sit back up in the wheelchair.

"Thank you uncle," the kid says.

So informal he thought. "It's ok kiddo are you alright?" He asks without even knowing the reason for his sudden concern.

"I am fine uncle, thank you for helping me you are very kind," he says.

'If only you knew kid' he thinks to himself and then clears his throat and says "So you are fine now" the kid nods his head. He then notices the cut in his hand and sees how this kid is not even crying over it. "Where is the first aid kit?" He asks and the kid points out to his own room. He then carries the kid on his back and to his bedroom. 'Never have I ever been so concerned. What is wrong with me today?' He asks himself. He then thinks that he will treat the kid and make him go sleep and then continue his work. He then appreciates himself for being so evil and cunning.

He treats the kid and notices how the kid didn't cry out of pain even once and this was something different for a kid of age 11. 'He must have been through worst than' he thinks.

"Okay kiddo I am going to do my work now, you better listen to me and go sleep like a good kid you are," he says and tries to go out.

"Uncle can you please stay and play with me. I am always alone I have no one to play with. My parents are always working" he says with a sad smile and then continues " I know they work for me. My sickness is very high maintenance. I sometimes wish I didn't exist" he says with those glassy eyes and a sad smile.

He didn't know how to console a kid. He has never done it ever. But he didn't want to break his heart and agrees to play with him and the kid gives him a very dazzling and heartful smile.

They play for the entire day. They lose the track of time in each other's pure company. His plan of the robbery was long thrown out of the window as soon as he agreed to play. The kid needs treatment and that means money how could he take that away from them and therefore decided to give up on this mission. He suddenly starts thinking of having a normal life with a family but as soon as the thought comes he throws it away. 'This kid is making me want things that I have never even wished for. God, I should leave now' he thinks. He decided to leave since his parents will be back soon and he didn't want to get caught. The kid says that he needs something from the kitchen so he helps the kid reach the kitchen. He can't wait anymore and stars leaving. But he stops as he sees the door is open and his parents are here.

"What are you doing here? Did you harm our baby? I knew something was wrong with him. I told you, honey, I had seen him around our house way too many times this week" she says to her husband.

"No, I just- " but he couldn't continue as they cut him off.

"If you have hurt my kid in any way you are going to pay," he says to him.

The kid comes out with chocolate in his hand for his favourite uncle. His mother rushes towards him and pulls him into a hug. She then looking at his hand says "Did he do that?" Looking at his banded hand and throwing daggers towards this outsider.

"No mama he didn't hurt me and he also helped me treat it. He also drew a heart on it for me to become healthy soon" his mother's eyes softened and she kept wondering what to think of a man who had stalked them and instead ended up helping her son.

Xander moves forward and gives him a chocolate. He says with a big smile "This is my favourite chocolate for my favourite uncle" he ruffles the kid's hair. "I want to be like you when I grow up. You are very kind and you even played with me" he says.

He never thought someone would ever want to be like him. This kid did change his perspective on life and he wanted to change now. A big change at that. After all, he can't let a kid be inspired by a wrong man with bad habits so he decides to change himself for good. "I will see you again kid," he says with a smile.

"Bye uncle you are a hero just like my parents are" is the last thing he heard before he exits. 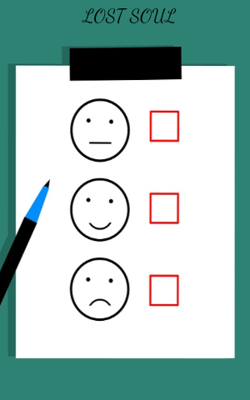 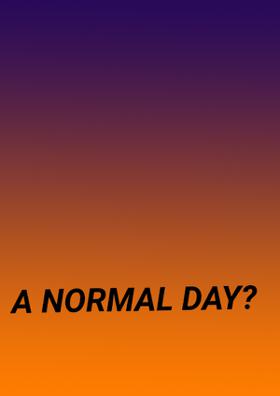