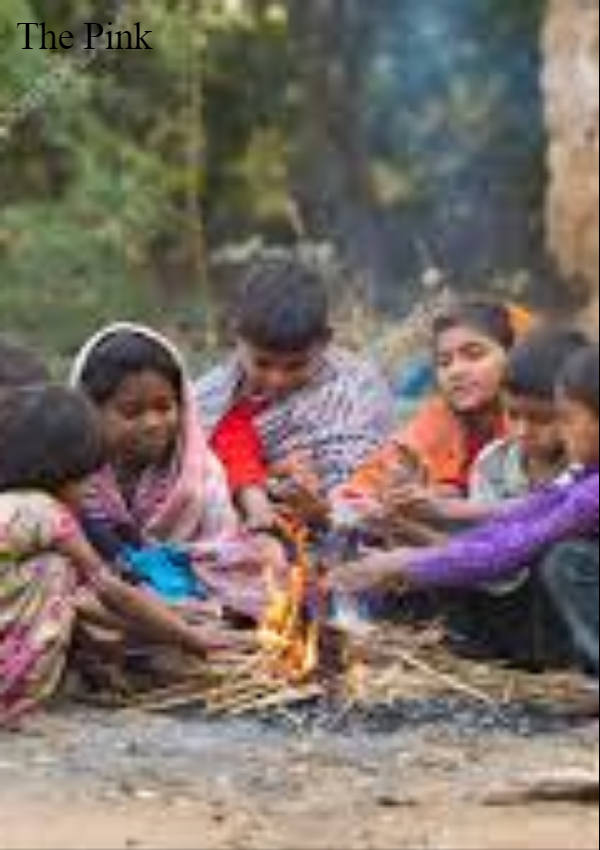 It was almost evening. Winter had set in. The moment the sun goes down the horizon; cold holds the rein of nature and rules hard for the rest of the night. Raju was feeling chilly sitting in his shanty. He searched for the sweater his mother brought last year from the home where she works as a maid. But it was nowhere; neither on the rack nor in the broken old trunk. Suddenly his sister Rani came in running from outside. She was excited about something but Raju didn’t hear a single word she said. Rather he saw something unexpected. Rani was wearing his sweater. He said angrily “Why did you wear my sweater?”

Rani answered “Mother told the sweater has shrunk in size and you won’t be able to wear it this year. So I wore it”

Raju looked sorrowfully at it. It was blue now faded but he liked it very much. And it didn’t seem that the sweater won’t fit him. But how can he ask it back; Rani is feeling cold too. He tried to shift away from his mind from it but the freezing breeze that entered the hut through the door didn’t let him forget it. He said furiously “Give my sweater back to me. Be it small but still only I will wear it” and he advanced towards her to force her to return it to him. Rani saw her brother’s crossed mood and she immediately pulled off the sweater to return it to him. Raju wore it and felt triumphant.

Rani didn’t wait for a second more inside the hut but ran out. Raju thought maybe Rani ran out to complain to their mother about him who must be walking home now. He knew if mother knows about this she will be angry at him so he too ran outside behind her. But running after her Raju reached the spot where she stopped. Their mother wasn’t there rather most of the shanty children were there. They had gathered all sorts of dry sticks and leaves and started a bonfire.

They sat all around it to warm up talking and giggling among themselves. Rani too joined the group. Raju understood Rani was trying to say about this fire to him. He too sat beside them and shares the warmth. Both returned home when their mother returned from work. Today their father too returned early from work. He is a daily wage labourer and works hard to maintain his family. He said like yesteryears picnic parties have come at the river bank and he worked for them.

He drew water for them washed their cooking utensils swept the picnic spot and in return got money and leftover food after the picnic. Today he has brought cabbage curry and chicken curry to eat. Mother made chapattis while Raju played with different shaped stones he has collected from the river bank which is within half hours’ reach by walking. Rani lied down on the mat. She wasn’t in the mood of playing. When mother served them dinner Rani didn’t get up to eat it. Her mother said “Get up dear, bapu has brought your favourite chicken today” but still she didn’t get up. Her mother got near her to wake her up. The moment she touched her she exclaimed “My goodness! Rani has got a fever. Her temperature is quite high”

She served dinner to both of them and sat down beside Rani with water and cloth in a trial to reduce the rising temperature. Raju was upset. His mind reflected the incident of snatching the sweater away from her and maybe that’s the reason for her catching cold and fever. This made him gloomy and he didn’t find any special taste in the chicken curry anymore. After dinner, he lied down beside his father and prayed silently ‘God please make my sister well. I will give the sweater to her and won’t snatch it away’

But when he woke up the next morning he found his mother still sitting beside Rani with a worried face. His father was brushing his teeth outside. Raju too brushed his teeth and washed his face quietly unlike other days and sat beside his sister. His father entered the hut and said “Don’t worry dear, I’ll bring medicine for her before going to work and you don’t go to work today but be beside our daughter”

Raju couldn’t understand what to do. At last, he too thought of working today. May God help him get enough work so he can earn sufficient money to buy a sweater for his sister. But where to find work? People don’t give little boys high paid works rather he can get a job in any tea stall or hotel where he has to work hard but will earn less. Still, he tried his luck there. He went from one shop to another for work but without any work, he strolled sadly towards the riverside at last.

And then he was excited! There they were! Numerous picnic parties, all along the riverbank, who have come to enjoy the weekend and the favourable climate. He then found that some of the elders from their shanty were bringing water for them while the party-goers were getting food items ready to eat as breakfast or cutting vegetables to start cooking. Their hired cooks were in busy mood. Raju advanced towards one such party. It was a group of twenty members. One of the children of the group saw him coming and said something to an elder about him. The elder asked him what he wanted. Raju asked for some work but they were not ready to appoint a child labourer. He went from one party to another and at last, could bag a work. He washed their cooking utensils and in end got food to eat. He took the food but didn’t eat a single bit. One of the picnic members asked “Why aren’t you eating my boy … mm..what’s your name?”

“I’m Raju. My sister is very ill and so I’m going to carry the food back home”

“What happened to her?”

“She is suffering from high fever from last night. The fever did not remit when I came” tears rolled down his eyes. A girl, of the picnic group, nearly of Raju’s age was listening to everything. Now she pulled the elder and said: “Daddy if you don’t mind can I give my sweater to him as a gift to his sister?”

Her daddy thought for a second then nodded his head and smiled. She got out a pink sweater from her backpack and handed it over to Raju. She said “Give this to your sister”

Raju eyes glistened in joy. He thanked them a lot and carried the sweater and the food back home as fast as possible. When he reached home he saw his mother working outside the hut. He screamed “Ma, how is Rani now?”

She smiled and answered “She is much better now dear. The temperature is quite down”

He ran inside the hut at once, sat beside her bed and said “See what I have brought for you today”

Rani saw the food and the sweater. She murmured “Whose sweater is it?”

His mother too entered the hut at the moment and asked the same question. He said how he got the sweater. A smile appeared on Rani’s face. She said “Did you really bring this for me? Thank you very much bhaiya” 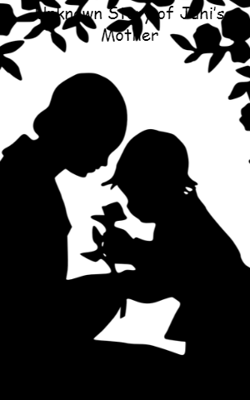