Do you know who came in my dreams last night? Though, until morning, I didn’t realize that I was dreaming actually. Last night Kittu, my cat Pussy’s, three month old son came to visit me. I was so happy to see him standing near my bedroom door. I advanced towards him and patted on his head. He purred out loudly and brushed his long bushy tail against my leg to express his happiness. I took him in my arms and said “Why did you go away? Are you aware how sad is your mother?”

Kittu purred out loud to express his love towards his mommy and grieved that he won’t be able to go back to his mommy again!

Ok before saying more about Kittu let me tell you about Pussy, the pet cat of our neighbourhood. Yes, Pussy isn’t my pet but she is the adorable pet of all the households in the neighbourhood. I don’t remember when she first came to our house in search of food but all of a sudden I saw her coming to our house regularly for her share of food. My mother used to give her biscuits pieces of parathas sometimes remains of fish bones after our lunch and dinner. And she became a regular visitor of our house. It also happened that if she didn’t come at lunchtime to have her share of fish bones my mother and I used to worry thinking why she didn’t came. She returned whenever she felt hungry!

But sometimes she disappeared for a long time and didn’t come to have her food. Then we noticed that after the disappearance of Pussy for about few weeks she used to return again for her share of food along with her new ones. I loved to see the cute kittens and discussed with my mother which one has similarity with Pussy. The kittens used to come behind their mother and after few days became familiar to every family of the neighbourhood. They went to different house to get their share of food but when they grew big some left the old place to find a new one. After few months Pussy again became mother of some new kittens.

I used to name the kittens but after they grew up and left the colony I used the same names to christen the new ones. Likewise two months before when Pussy came with her new child I saw him and named it Kittu. This time Pussy gave birth to one kitten so he was very adorable to his mother. Kittu was of very frisky nature and always played in the garden behind our house with his mother.

Yesterday a very sad incident happened. I woke up after overhearing my mother calling my father. She said – Please come immediately to the garden well. The kitten has fallen in it

We all ran to the garden and advanced towards the well. We looked inside and found my mother’s words to be true. A dead cat was floating in the water. Father downed the pail and pulled it out. After father laid down the dead cat on the grass Pussy came near and purred sadly as if she was trying to wake up her son. We felt very sad for Pussy and her son Kittu. Mother said – Pussy will not leave the garden for the whole day as she will try hard to bring back life in her son

Father said – We should bury the dead animal immediately

He dug a grave and laid Kittu there. We were very sad but knew Kittu would never return again. But he appeared in my dream and now is in my arms!

He purred loudly then said “I’m sorry for mommy but it wasn’t my fault. That evening mommy left me in the garden and went away in search of food. I was playing alone when my step dad came in the garden and meowed so loudly that I got frightened. I ran to a corner and tried to see what was happening. After a while I understood that a fight has broken between my daddy and another male cat from other neighbourhood. They had a serious fight and all of a sudden my mommy came from nowhere to stop them. My dad shouted at mommy to get out from between them as they won’t stop fighting. My mommy wasn’t interested in giving up and she continuously requested to stop the clash. I was so frightened at their war that I thought it would be better to pull mommy out of it to a safe distance. The moment I advanced towards mommy the second cat suddenly gave up the fight and chased me hard. I felt I won’t be able to survive and ran as fast as I could. At the end of the garden there was a big round wall. I felt if I hide behind it the chaser won’t be able to find me out. But the moment I jumped upon it to hide on the other side I fell in the water. I never knew it was a well. The moment I fell in the water I couldn’t breathe anymore and within a short while I could understand my limbs are getting heavier along with my body”

Kittu said “I have said to her that I will soon come back as her son again. I should leave now”

And I got up from deep slumber.

I am happy to see Pussy with her new kittens. This time she has got four kittens to look after and now maybe she has forgotten Kittu’s untimely death. But I remembered Kittu’s last words. I tried to recognise Kittu in these new kittens and I’m happy to discover him between them. Among the four siblings, one looked a carbon copy of Kittu. I named the new one with the same name and others with Molly, Polly and Julie. 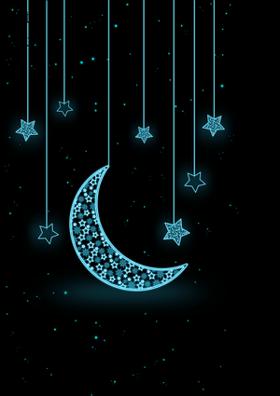 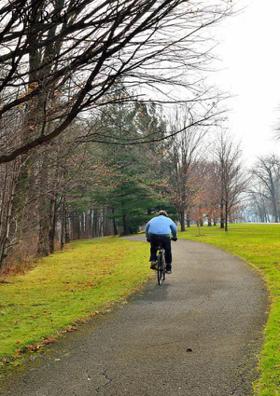