Secret Of The Lake

Secret Of The Lake

Renee and Kiku were upset about the condition of the lake. Kuki Di saw them sitting shoddily and sought the reason. The duo narrated the whole event. Kuki Di thought for a while and projected a thrilling plan. They involved their grandfather in it who reluctantly agreed.

The next day the trio along with grandfather proceeded towards the lake. The beauty of the surrounding was mesmerizing, though the lake was no less than a dumping ground dismayed them. They saw a man throwing garbage and acted on their plan. Kiku said loud enough for the man to hear, "grandpa, is this the lake where treasure chests are hidden by the Britishers?" Grandfather replied, "yes my dear, my father used to tell me that treasure chests were hidden inside the lake, I had found a silver coin while bathing as a kid, this is the prime reason nobody was allowed inside the lake and platforms were built for daily chores". Renee said," grandpa, then why didn't the Britishers take the treasure with them?" Grandfather replied, "they had to leave early unexpectedly when India got independence, further our elders who were aware of the hidden treasure wanted to save it for grievous afflictions, in such wise it was a well-kept secret". Kuki Di said, "grandpa let's dig it out and get rewarded by the government." Grandfather answered, "well I'm too old to dig, beside you all are kids". The man who was tuned in to their conversations approached and said, "apologies for having heard your discussions, is it really true that we have treasure chests hidden in our lake?" Grandfather responded, "of course! Our lake has hidden treasures, now is the time to unearth it and hand it to the government." The man shoots back, "okay I will gladly help to search along with my two brothers". Grandfather retorted, "I don't have much money to compensate you". The man responded laughingly, "don't worry, we have the required equipment and we will be getting a share in the treasure". Grandfather replied, "undoubtedly! Whoever helps in the hunt is worthy of getting a share in the reward".

Within hours the man and his two brothers entered the lake with shovels, spades and fishing nets; noticing them few passerby's enquired. The kids who were happily perched on the benches beneath the shady trees explained everything, as a consequence they too brought their equipment and joined in. They worked till evening using fishing nets to fish out garbage from the lake. The next morning as the secret of the lake spread in the village more people teamed up, within three days the whole lake was clean and people started digging for the treasure. The garbage was disposed by the village Panchayat and the mud was put near the roots of the trees as the rain had washed off the earth around them.

After Herculean effort when the people could not find the treasure they approached grandfather who was prepared to face them along with his friends. Grandfather confessed that the lake which was once the pride of the village had become a pile of rubbish due to negligence, it was the breeding ground for pests and diseases. Now as it is clean, the water could be used in summer and excess rainwater which flooded the village will get collected here. Looking at gloomy faces of people who were hoping for a grand reward the village chief declared rewards from the village fund.

The kids had overcome the challenge and the local newspaper published a story on 'The secret of the lake' along with the names of the villagers who helped in cleaning and of course the kids who were the propelling force behind it. 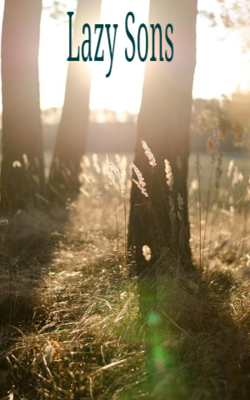 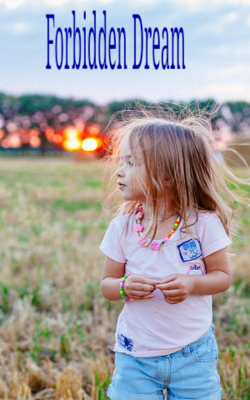