'Her pet name given by a Doctor'

Premalika, the youngest child of Sri KrishnaKant’s family, had been the centre of affection and attention of the entire family. She was being brought up under the guardianship of her maternal grandfather at Devnagar. All her maternal brothers and sisters including a maternal uncle and maternal aunt were deeply concerned with that a few weeks old baby-girl.

When Pushpanjali first time visited the Doctor for Premalika’s vaccination, she could not reply quickly to the Doctor when he asked her name. Watching her puzzled face for not deciding her name yet, the Doctor smiled and then himself named the child as ‘Baby’ on prescription. Since then her pet name ‘Baby’ continued by her close family members.

Sri KrishnaKant had been a religious person so his daughter was. He used to perform worship at home like chanting mantra, reciting hymns, doing yajna etc. by himself. As he did not believe so-called ‘Pundits’ (professional religious act performer) who get busy in money-making rather doing all religious acts rigorously. He used to do jap and sadhna by reciting prayers on beads sitting just outside the worship room, his particular sitting place at his home. His face looked so radiant and calm when he got engrossed in his jap that kept on during morning and evening hours.

Premalika sat into his lap for long without crying or creating any disturbance while he was doing his regular worship. Sri Krishnakant pleased and said to his daughter that Baby would be a religious girl and such people are close to God. Besides, he persuaded her daughter to observe all fasts for Baby which are usually kept in the name of a boy. To him, there is no difference between a boy and a girl. Particularly, Parents should always nourish a child without making any gender discrimination. Pushpanjali as an obedient daughter carried her father's philosophy of gender equality throughout her life. 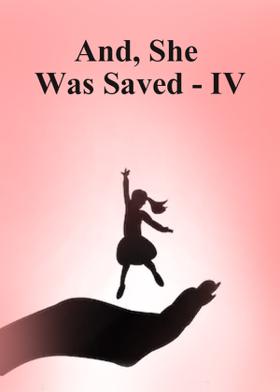