Our favourite thing was the ghost!

Our favourite thing was the ghost!

When my sister Alu and I were kids, our family lived for a while in a charming old farmhouse at Lonavala. We loved exploring its dusty corners and climbing the apple tree in the backyard. But our favorite thing was the ghost. We called her Mother, because she seemed so kind and nurturing. Some mornings Alu and I would wake up, and on each of our nightstands, we'd find a cup that hadn't been there the night before. Mother had left them there, worried that we'd get thirsty during the night.

She just wanted to take care of us. Among the house's original furnishings was an antique wooden chair, which we kept against the back wall of the living room. Whenever we were preoccupied, watching TV or playing a game, Mother would inch that chair forward, across the room, toward us. Sometimes she'd manage to move it all the way to the center of the room. We always felt sad putting it back against the wall. Mother just wanted to be near us.

Years later, long after we'd moved out, I found an old newspaper article about the farmhouse's original occupant, a widow. She'd murdered her two children by giving them each a cup of poisoned milk before bed. Then she'd hanged herself. The article included a photo of the farmhouse's living room, with a woman's body hanging from a beam. Beneath her, knocked over, was that old wooden chair, placed exactly in the center of the room. 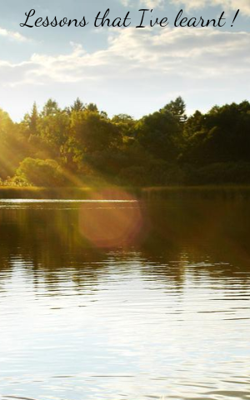