Today it was so sunny and bright!! In Brussels, there are wide avenues and small places to sit and eat and to relax, to enjoy the sun but with confinement, it is not possible anymore. Police are patrolling throughout the day to maintain social distancing.

It’s my 6th day of lock down and still I miss him. Though we rarely used to have a good conversation as he was shy and introvert in nature. He loves his work and hence I never annoyed him to talk to me or to meet me frequently until I felt depressed. When my flatmates used to have video chats with their friends or partners, I used to feel envious as we never had such transparent conversations.

I love to travel and I wanted to roam with him throughout the world and he too promised to do so. Life is so unpredictable. Now it seems that we were so mechanical to each other at that point of time. Everytime my broken heart tells me to ping him but finally it is my self esteem which is still restricting me to do so. Ah! It’s a terrible internal conflict. Let’s see who will win at the end.

I should continue to learn french. I left it when I went back to India to serve my notice period for my previous employer. As at that time, I was working as an expat here. You know, manytimes, I told him to teach his native language so that we can really understand each other’s culture. Earlier he told me that this year, we will start it. But it’s too late now.

Today I watched a biographical adventure movie ‘Poorna’ with my flatmates.  It’s a story of a 13-year-old girl who became a part of Operation Everest, she reaches the peak and becomes the youngest girl to scale Mount Everest. Really courage has no limits.

You know, the best thing I like about him, is his patriotism. He loves India. I know that he likes these kinds of movies. One day we both planned to return back to India and served our nation.

I wish that we could have done this together. Me and my flatmates had a delicious dinner. Off to bed now!! 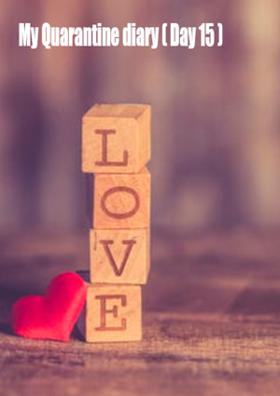