Mom, Will Dad Be Coming Today?

Mom, Will Dad Be Coming Today?

Parshuram looked at the clock on the wall, It was 3:30 am. He was in the PPE suit worn for Covid protection since morning. He was relieved to be in the changing room doffing it off, the mask was the last in the suit set to go, he closed his eyes and took a deep breath of fresh air. It still carried the stench of the hospital but at least he was not breathing his own breath back, he thought.

“Aho Kamble, Tumcha phone vaajtoy, silent var aahe ka” (Hey Kamble, your phone is ringing, is it on silent mode) Rokade asked looking at the vibrating phone kept on the table. He was a fellow wardboy like Parshuram, but many years senior to him.

“Ho Saaheb, mulga asel, zhopat nahi toh majha aawaj aiklya shivaay” (Yes Sir, would be my son calling, he doesn’t sleep until he talks to me)

“Nahi Saaheb, jaanar aahe yaa varshi” ( He wl begin his fifth std this year, Sir), Parshuram told him while dialing his wife’s no from his mobile.

“Papa, kadhi yenaar ghari tu, kiti divas houn gele” ( Papa, when will you come home, it's so many days now)

The phone was answered so fast by his son that Parshuram didn’t even hear the caller tune ringing. He knew he would have snatched it from his mother.

It was over two weeks, Parshuram had not visited home or seen his family. The number of Covid-19 patients had risen and everyone at the hospital was working round the clock.

“Ho yeto mee….tujha practise kasaa chalu aahe, yorker king vhyachya tula” ( Will come soon dear….How is your bowling practise going on, you have to be the yorker king one day) He tried to divert the talk towards cricket.

“Ho, malaa pan yete.. aai la de phone” ( Hmm, I too think of you often….give the phone to your mother) He thought its better he talks to his wife or he will burst out too.

“Kashi aahes, kaay kelees aaj?” ( How are you, what did you do today?) He asked his wife.

“Bari aahe, tumhi jevlaat kaa” ( I am fine, did you have food) His wife inquired without bothering to answer his question.

“Ho.. Joshi sister barobar aamhi sagle Jevlo aata ( yes, we had our food with Joshi Sister just a while back) He said and was waiting to hear an earful from her.

“Nurse Madam aahe mhanun bara aahe, naahi tar tumhi 24 taas ward sodli nasti ( I am happy there is Joshi sister over there, otherwise you would have worked 24 hours) She admonished him.

“Vinu, action chi practise kartoy kaa re, tyala Anand Siraancha coaching denaar aahe mee… mee kaay jhalo naahi, pan toh honaar…Vinod Parushuram Kamble – Fast Bowler INDIA…” ( Is Vinu practising, I want him to train under Anand Sir for bowling, I couldn’t become one but he will one day, Vinod Parashuram Kamble – Fast Bowler INDIA) He only talked about this dream of his to the wife whenever he called her.

“Kiti hi laagoo de, Joshi Sisterani teen patients che ghari maalish chi saangitlay….hey zara hovu de, duty nantar me tey karnaar aahe, training saathi paishe hotil pooresa ( I will do whatever it takes, let this Covid thing get over, Joshi Sister has arranged physiotherapy for 3 patients, I will do that after working hours, should make enough money for his training) Parshuram was always thrilled talking about his son.

“Tumhi pan jhala astaa naa, chaali madhe aaj pan tumchi bowling baddal lok boltaat… Baabaanchya daarut sagle gele ( You could have been one too, your fast bowling stories are still famous in the chawl, If it wasn’t for your alcoholic Dad you would have gone places in cricket) His wife recalled his famed playing years.

“Baba pan khup changle hotey ga, BMC chi kaamach tasaa hota, daru shivay hoth navhta” ( Dad was a good person, his work at the sanitation dept of BMC was difficult, couldn’t do it without being drunk) Parshuram had never complained about his now dead, doting dad.

“Ho, kaa, Tumcha Wasim Akram, hehe ( Is it...?..your Wasim Akram..) Parshuram used to tell his wife that the Doc looked like Wasim Akram, the fast bowler from Pakistan. He had an athletic build and was a fighter like him.

“Ho, radun radun zhopla..tumhi kaalji ghya...udya 14th April aahe, ya jamtay tar” ( Yes, he slept, was crying..you please take care of yourselves, tomorrow is 14th April, come home if you can) His wife was very tepid in asking him, knowing how sincere he is towards his work.

He finished the call and lied down on the mat spread on the floor. The creaking fan on the ceiling was not helping to ease the humidity in the cramped room. Rokade Saaheb was still awake.

The day hadn’t broken yet and Parshuram was not very far from his chawl, a settlement of small houses who share common toilets and a water tap among them. He was nearing the gate when he saw some boys standing in front of it and were looking at him. They were not from his chawl but a few knew him it seems and they were whispering to each other. He had to go past them to reach his chawl. He sensed trouble.

“Ho, kaay jhala…?” ( Yes, What happened) Parshuram replied to him in the same tone.

“Chaali madhe yaaycha nahi, ho baaher, tu saglyanaa deshil virus ( You can't get in the chawl, go back, you will infect us all)

Soon a scuffle of words began. Parshuram had a muscular physique but took care not to get physical with them. He was hurled abuses and the scene was getting bad to worse and suddenly he went all blank and fell on his back.

Someone from the unruly crowd had hit him on the head with an iron rod.

Vinu had woken up late in the morning and was heading to switch on the TV.

“Malaa IPL baghaycha aahe” ( I want to watch the IPL) Vinu switched on the TV.

“BREAKING NEWS coming, One more shocking case of a health care worker from the civil hospital was attacked this morning by people near his house and is critically injured. He was returning from work” blared an English News Channel as soon as the TV came to life.

“Aai, hey kaay English chalu zhala, remote kuthe thevlees tu” (Hey mom, what is this English Channel you have tuned to, where is the remote?) Oblivious of the news playing Vinu went searching for the remote.

“Aai, aaj yetil kaa re Papa” ( Mom, will dad be coming today?) Vinu asked his mom while changing the channel to Star Sports to watch the IPL rerun and see his Idol, Jasprit Bumrah bowling….!!!! 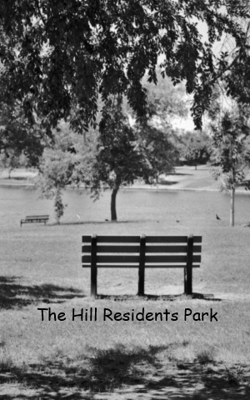