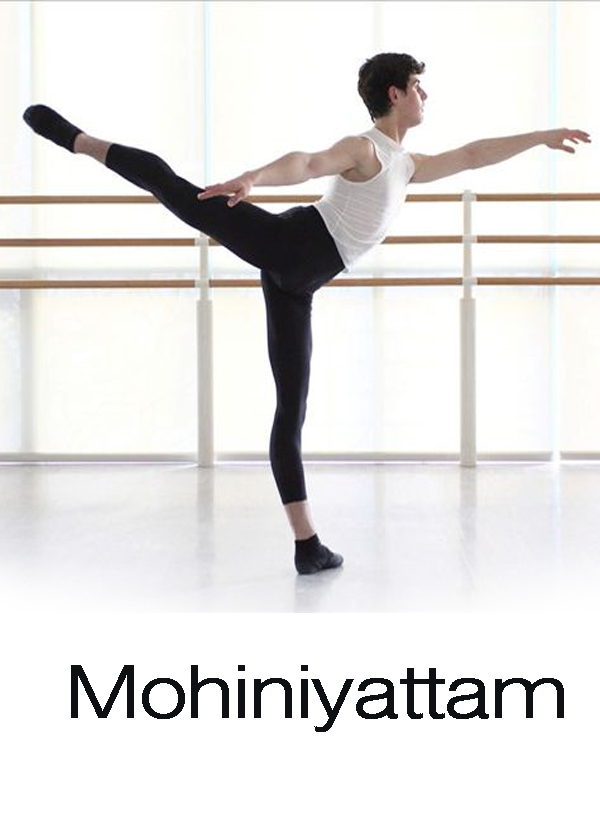 Janani walked into the room as Abhinit was trying out her eyeshadow and mascara. She did a double take at seeing her son using her cosmetics. Her brows furrowed at this abnormality. She noticed Abhinit’s hand shaking a little as he handed the mascara back to her. "I forgot to tell you...I am playing Draupadi in our college production... rehearsals start this evening."

Her thoughts went back to his toddler years, when he used to apply her cosmetics and showed a penchant for her ornaments. Was he now checking out her cosmetics for the Draupadi act or was there something else to it? A shadow of concern made her brows knit as she was reminded about stuff she kept reading about queer behaviors in youngsters. Abhinit’s fingers crept up her face to knead her brows to un-crease her frown. A childhood practice of his that instantly relaxed her. Inwardly he sighed with relief as the familiar gesture worked again to put her at ease.

Janani, though now seemingly relaxed, noticed his abrupt silence. She knew he had something on his mind that he wanted to tell her, but her frown had stopped him. She kicked herself for letting her emotions show on her face. Abhinit, her son, was like her. He was intuitive, and had a high emotional quotient. Now he sensed he had upset her in some way and was not going to continue the conversation, lest it upset her more.

Abhinit knew it was going to be a rough road ahead for him. He was clear now what he liked and wanted in life. It was now time to make his parents aware of his decision. Abhinit had thought his mother would be the easier one to convince, as she was a bit more progressive than his father. But now, he was not so sure. The mere act of wearing her lipstick and participating in a play had clouded her face. How will she react when it is time to eventually tell her about his decision? He was pretty much sure about his father Rishi though. In all likelihood, it would be an outright “no”. Of course, Rishi will have hardcore reasons for the refusal. Both his parents were quite pragmatic. Janani’s decision could be similar. But she will try to soften the blow of Rishi’s refusal with her different perspective of life. But will she take sides with his father and stall Abhinit or will she allow her son’s happiness to take an upper hand? Abhinit, also had identified a possible time, he will broach the subject to his parents. He planned to invite them for the college theatrical play that would be a perfect context setting to the conversation. But now he was not so sure.

Janani was thinking of a conversation she and her husband had during Abhinit’s childhood. When Abhinit was three, they had recently discovered his aptitude for dancing and were discussing about it. She wanted to check out Bharatanatyam classes for their son. Her husband had cautioned her then, “Men who know Bharatanatyam sometimes tend to have feminine mannerisms. Are you ok with our son having such traits?” She didn’t want their son to feel isolated or be a butt of jokes among his friends. With a sinking feeling, Janani wondered what her husband might say if he came to know that her son was about to use her lipstick. And a dread came over her as to how people may treat her son, if indeed, something was disturbingly feminine in him. At that point of time, Janani didn’t realize she was closer to truth than she thought she was.

Janani and her husband Rishi were winding up for the day. Abhinit had called earlier and informed that he was in rehearsals, will be late, will let himself in, and asked them not to wait up for him. That started off Janani’s rant.

“Rishi, I caught our son about to use my lipstick earlier in the day, today.”

Rishi watching cricket mumbled, “OK, I’ll get you a new one”.

“Rish….sh….iii! Are you really listening to what I am saying?”

“Huh Jaanu? You were saying something about Abhinit na?”

“Yes. Will you turn this side please? I was telling you that he was about to put on my lipstick.”

“He said it was for the college production”.

“So what are you nagging me about now?”

“Well, what if it’s something else? You remember when he was a four year old, he used to be fond of my cosmetics and my kundan jewelry?”

“How many times have you observed him doing this in the recent past?”

“Let’s not jump to conclusions Jaanu with just one incident. You observe him for some more time. If the incident repeats after the college day is over, then we will talk again about this.”

“You want data points for this, Rishi!!! Forget cricket for some time. Will you? This is about our son.”

“Jaanu, don’t over react. It’s not reasonable to panic over just one incident.”

Rishi was already deeply back into the game as India chased 19 runs from 9 balls.

A month later Janani and Rishi were seated in the college theater hall. On stage, Abhinit was portraying a coy Draupadi waiting to enter the home of Pandavas. If he had not mentioned Draupadi to her, Janani and Rishi would not have recognized him in that Mohiniyattam costume of Draupadi with Sringara rasa (emotion of romantic love) dipped expressions. Mohiniyattam, a classical dance from Kerala is usually performed by women. But Abhinit had decided to adopt that style for portraying Draupadi, despite being a man. Janani’s stomach flipped seeing her son so feminine in his costume. Sensing her mood, Rishi’s hand gripped her hand reassuringly.

As Kunti’s voice from behind screens ordered the Pandavas to share their new found wealth, Draupadi’s Sringara rasa turned to one of Raudra (anger). A hand went up in Tripathaka Hasta to say no to Kunti’s wish. The crowd gasped as the dance drama boldly deviated from the original mythology. From there on, Abhinit’s Draupadi transformed into a flame of anger. He underplayed the lasya flavor of Mohiniyattam and allowed the Raudra rasa to dominate the Sringara rasa. Abhinit’s Draupadi beautifully meshed Kalaripayattu (Kerala martial arts) movements with Mohiniyattam to free herself from Dushasana’s grip. The Krishna in this Robotic Yug Mahabharata, instead of draping Draupadi in sari rolls, handed her a series of weapons to help her in her fight with Dushasana. The crowd cheered.

In the ensuing Mahabharata war, Draupadi with a Katakamukha Hasta (Mohiniyattam hand gesture for warring) stood shoulder to shoulder with Arjuna on the chariot raining arrows at the Kaurava army, even as Krishna was egging on a hesitant Arjuna with the recital of the Bhagavad Gita. The audience shouted “Go Girl Go” at this turn of events.

In the last scene, as Dushasana fell, Abhinit’s Draupadi instead of bathing her hair with his blood, cut off her hair and walked off with a Mudrakya Hasta (to indicate a noble person) and Karuna (mercy/peace) rasa. The crowd expecting a peak Raudra performance fell silent at this unexpected charity act of Draupadi and the anticlimax. The silence was heavy. Rishi was frozen. Janani was openly crying. So were many other mothers and sisters and girlfriends in the crowd. The lights came on but the silence continued. It lasted for minutes, until the chief guest of the evening, a renowned dancer and actor herself stood up to start off a standing ovation that went on and on.

Janani swelled with pride. But the nagging inside her continued. Abhinit’s Mohiniyattam skills were a revelation. But that feminine dance form added to her concern. Now she could see Rishi mirroring her concern as well. They both knew he was into theater. But had no clue about his mastery of this form of dancing. Both of them were inwardly wondering what else they didn’t know about their son.

On stage, the danseuse was calling out the names of the dancers to personally applaud them. As she finished reading out all the names, she paused, seemingly in confusion. She whispered something to Abhinit’s college principal standing next to her, who whispered back. Sitting in the front row, Janani and Rishi could clearly see her eyebrows going up and surprise registering on her face.

She turned to the microphone and said, “As I was reading out the names of this troupe, I didn’t see names of any girls or woman. I was searching for the lady who had so excellently enacted Draupadi with such a versatile portrayal of the Sringara and the Raudra rasas. Sirji just told me that it was a guy called Abhinit. I also understand that he authored and choreographed this whole dance drama. Give him a special round of applause for stepping out of stereotypes – both in the drama as well as in his mastery of the Mohiniyattam art form.”

The student crowd went berserk, as the beautiful veteran dancer walked up to Abhinit and pulled him into a full embrace. For a second, Janani could see her son going beet red. Then his hands came up to return the chief guest’s hug and tightened around the beautiful woman. He playfully winked at his Dad and his friends in the front row. It was palpable he was overwhelmed by the celebrity’s gesture of appreciation. Even as he got off the stage, Janani saw a girl running from the audience to backstage. Seeing her, Abhinit opened his arms. The girl flew in and shared a quick passionate kiss with her son.

Janani heaved a sigh of relief at this confirmation that her son was a normal but talented guy and glowed at Rishi as he gave her shoulders a squeeze. Now devoid of any concerns about their son’s perceived feminism, they were just proud parents of a son who had the guts to break down the shackles of gender stereotype. Later on the way back home, when Abhinit announced his decision of pursuing dancing as a career, his parents just hugged him with approval.