One day, there lived a grandpa and a little girl named Annika in a little house.

They were just playing a friendly game of checkers and the young Annika won three times in a row.

As she had won, the grandpa let her arrange the checker coins any way she wanted. At first he did not notice what Annika was doing as he had dozed off for a second. But then he saw how angrily she put the black coins away from the red ones. This brought him childhood memories from when his mom was always there to stop the separation between him and his friends after playing the game to when his daughter works with everyone equally as a group.

He waits until his granddaughter has finished letting her anger out.

A few seconds passed and she calmed down.

Grandpa asked her “ What is wrong? Why are the black coins all the way to the kitchen door and the red coins staying one inch near you?”

Annika gave a slight chuckle as she thought it was silly for grandpa to mention the kitchen door in his question but then gave a sigh.

“I want my coins to be colorful, not like the dull black coins.” said Annika, getting bored of the questions.

“What if you were all the way to the Great Victoria Desert and all of your friends were in a group at Lake Michigan.” said grandpa who was now picking up the black coins and with his eyes convincing her to arrange again.

“Why should I care?” said Annika who was trying to make a point against her own grandpa.

“Because it will happen to you one day in your life!” explained the stern and a little angry grandpa.

She took the black coins and arranged them so that they all were spread equally with the red coins.

Annika could not believe that her grandpa had taught her to appreciate all the little details in life.

It's the little details that are vital. 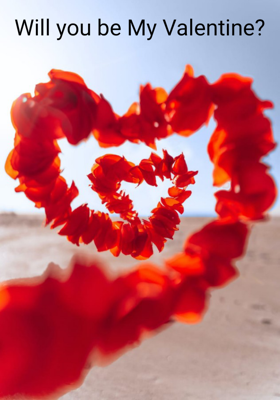