Trisha had just moved in with her old college roommate, after leaving her home and her job. She had started to feel that she wanted a fresh start. So, Anwesha had requested Trisha to stay with her in Pune.

Trisha used to stay back at the apartment while Anwesha was at work. Two months went by and Anwesha became a little worried about her since for the past 2 months, all Trisha did was sit by the window, looking outside. She did not speak to anyone nor did she go out. Sleeping and eating was negligible. That is when Anwesha contacted IPH and asked if Trisha could join a support group for Mental Health. Next day, early morning, Anwesha convinced Trisha and took her to the support group meeting. Anwesha dropped her off at the gate and left. Looking here and there, Trisha identified her group room and went in. She was a little late so others had already begun discussions. There was an empty chair layed out for her. She sheepishly walks across the hall and reaches for the seat. The room is huge but empty, with wide windows kept open. Outside the room, stands a huge banyan tree whose shadow takes away most of the heat. Trisha looks with shy eyes at some of the participants. The facilitator, Varun asks Trisha, "What is your name, dear? Could you please introduce yourself to everyone?" The room goes silent. All eyes on her. She is nervous, uncomfortable and she keeps looking down in hope that the attention will fade away.

Varun understands and requests Ramen to introduce himself and share his story. Everyone but her has shared theirs. Some are rape survivors. Some have escaped fire but lost their family. Sujata, lost her son in one Pulwama encounter with terrorists. She had kept herself away for 3 months before she found this little group to share her anxieties and pain.

The next day, same thing happens. No one was able to bring one word out of Trisha. Several days passed, so Varun contacts Anwesha and informs her about the situation. He requests Anwesha to join them this Saturday with Trisha.

Anwesha quickly blends with the group while Trisha is still quiet.

Today Varun asks Anwesha to share Trisha's story in order to help her. Anwesha looks at Trisha, puts her arms around her and narrates.

Trisha used to be an independent, carefree lass. She was a bright student and people loved her craziness. She always tried to make others smile with her silly acts. She felt, people should smile often in this perished world. She got a wonderful job 6 years ago and started living her life. Rented an apartment and travelled whenever she could. Her biggest strength, her family, never stopped her from living her life. But, one day she fell in love with this person and suddenly everything changed.

After a couple of years together they both decided to get married and hence started talking to their parents about it. The boy since was from a different community, Trisha's parents opposed this alliance. They tried convincing her about this being a wrong choice. But she was torn between the two. Both sides asked her to believe them when all she wanted was for them to be on a single side. She tried to convince them however she could but her family was undeterred. And one day when she decided to inform her parents her final decision, they told her how they felt.

They felt Trisha no longer respected them. They thought she had completely left her family to be on their own and decided to leave. They said the society would think that because they sent their daughter away from home, she chose someone outside the caste and has lost face.

She broke that day. Because she understood, that is not what the society thinks. That was what HER family thinks. They felt, Trisha was of bad character. That, because of her they would have to bore the bash of others' hurtful behavior. Trisha had never cared about anyone but her family and what they thought of her. She had always tried to be the son they never had. But, she had lost her battle that day. The pride with which she lead her life ended. She was no longer the strong woman she aspired to be. Her shine had reduced to ashes. Because her own family thought she was lowlife.

Come to think, societies are made up of families. Each family is a society under one roof. What if each of them started understanding and supporting their keens? What if they started being there for them? What if they never judged their own children? Do you think any other from society would ever dare to comment? If our family can think ill of us, why will others stop?

Trisha could not hold it in and rushes out of the room. Anwesha quickly follows her. The room is silent. Everyone in that room realised that day how they have been judged and left alone by their family, at some point in their lives.

Trisha did not show up any day later. It was almost as if she wanted her story to be heard but couldn't share herself.

She took her own life a few days later. She had passed away. Another soul was forgotten. 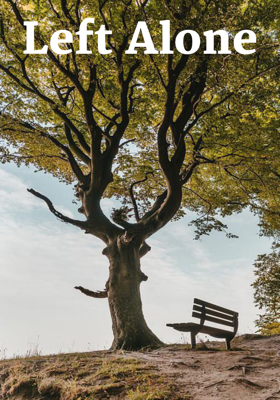