In all these years even Madhu had forgotten the real name of her Nani, her maternal grandmother. To her, she was only Amma.
Everyone called her Amma with love, be it a child of three years or someone older than her. With her toothless grin, wrinkled face and flowing cotton saree, she completed the picture of a fairytale ‘naani’. Even her scolding had a love stored in it and thus children, loved to poke her or pull pranks on her.
Every year she waited eagerly for her three daughters and five grandchildren to visit during their summer vacations. And to celebrate their homecoming, she would organize ladies sangeet. All this was a treat to her city-bred grandkids who looked so much forward to these occasions and enjoyed every moment as they were the center of attraction of everyone. The party would run till midnight, where women will sing the folksongs and dance to the beats of dholak. Afterwards Amma would distribute sweets and refreshments and ask the guests to bless her grandchildren with a long and prosperous life. But all of them, Madhu and her cousins, like little monkeys, would turn everything upside down in minutes. And Amma would then run after them with a stick in her hand, scolding them; and neighbors would stop their chores and watch gleefully all this drama.
The house was certainly like a treasure hunt for the children, an adventure world in comparison to their timetabled city-life. In every corner of the thatched roof, earthen pots, choir beds or stacks of wheat, children would search for any curious looking object. Later Amma would complain to her daughters, but before they raise their voice, she would scold them back and then take out a pot of white butter hooked on a high nail or a bottle of homemade mango pickle as a treat to the kids.
One day the kids climbed the Neem tree in the courtyard and Amma ran after them, panting and shouting. She took hold of a long stick and started beating the tree. To escape that, children started climbing higher and higher but Madhu, who was a poor climber, got stuck on the lower branches and received maximum of the beatings. Later Amma gave her the largest share of the pennies to buy candies from the shop, to make up for the injustice to her.

Even at the age of seventy Amma was a sturdy woman. Before the break of dawn, she would wake up and prepare fodder for the cattle, by that time jaggery tea would come to boil in an earthen pot. With half open eyes, children would settle down around her with a cup of milky tea in their hands and while shoving more woods in chulha, the earthen stove, for breakfast, she would update them with all the gossips or tales from her past. Their favorite was the one when she got attacked by a hyena in the fields and to save herself, she jumped in a Well, which was fortunately dry. She spent the whole night in the dark Well and in morning, somebody finally heard her calls for help. Another tale was of the dacoits, who one night jumped into the house after scaling the wall. But Amma gave them such an ugly beating with her stick that they promised never ever to trouble anyone again and even cooked a hearty meal for her as a part of the punishment. Amma was a fine story-teller, that is why kids loved listening to the same stories again and again. But each time she would add some more spice and more effects to it. And however bizarre the stories may sound, children never doubted their plausibility. Because to them, Amma was an ageless superhero, who was living all alone on her own in this village, surrounded with all kinds of dangerous creatures like Hyena and dacoits.
Toughest part of this jolly time was leaving her at the end of the vacations; it was always a teary farewell. On the last day she would wake up early as usual. And she would get someone to arrange a bullock-cart, which would take them to the neighboring town from where they will catch the bus to their city. She would start loading the luggage in the cart with misty eyes and then hug her daughters and children. With tears streaming down her face, she would shove money into their hands. Weeping and wishing them safe journey, she would then tuck jars of pickle, butter, grains in their luggage and walk along with the cart for a distance, waving a hand and time to time wiping her eyes.
Nana had died long back, forcing her to grow self-reliant and raise her daughters on her own. After her daughters were married off, Amma  was left all alone. Though daughters forced her time-to-time to come and stay with them, but she always refused. She had spent more than half of her life in that house, it was difficult for her to leave it now, she reasoned with them. Was she apprehensive about living in a daughter’s house against the social norms, Madhu often wondered. Or maybe she was afraid to leave that small world of hers because she knew her identity will collapse outside it.
But one day she crossed her world and came to stay with one of her daughters. She was very sick and needed treatment at the city hospital. But she was like a sapling in the wrong soil and wrong air. Everything was alien to her in the city. People talked less, smiled less; even the simplest of the thing was so complicated, like asking someone how were they when they looked upset.
House was empty after elders left for office and children for school. It was not safe to leave the doors open or go for a friendly chat with neighbors, everyone was busy or unfriendly. Streets were noisy, markets overflowing. And language which people spoke, lacked emotions. Even food was tasteless. In village, a simple chapatti with half-an-onion and a glass of buttermilk was enough to keep one energised for whole day. But here, vegetables looked green but did not taste green; milk was white but had no cream. No tinkle of the cowbells, no rustle of the leaves; only noise was of the honking motors, doorbells or clatter on the idiot-box.
Doctor advised her treatment therapy for three months. But Amma was too restless to stay even a day more in the city. If she had to die then, she will die under the shadow of the Neem tree in the cowdung-plastered courtyard, where her cows will listen patiently to her babble. No amount of persuasion, tears, her grandkids’ gimmicks could change her mind, and finally her daughters took her back to the village.
Madhu came back from the school and found her mother crying. Amma died that morning, exactly two weeks after she had left. May be she had known that her time had come and doctors could not have saved her. That is why she wanted to go back to “her” part of the world so that she could die as herself. And with her, died the toothless grins, the love hiding in scolding and the musty smell of her lap. With her died their carefree childhood and simple ways of living.With her was gone the world they had occasionally glimpsed and lived in. It was nothing but a fantasy to them now. All they were left now was a fairy tale of her memories. 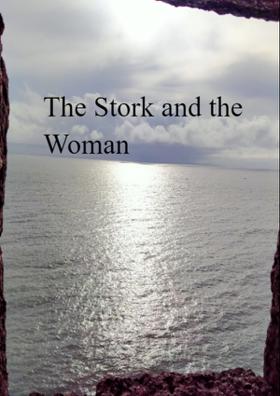