Down The Memory Lane….

Down The Memory Lane….

That day it was my birthday.

I was in the office when my Husband called me up, "Hey wifie...Sorry han, I would be a little late home. Suddenly a meeting is scheduled but don't worry I would try to reach as early as possible. Just do one thing, while returning from the office, take home the cake that we ordered for the evening."

"Its ok dear, I would collect it. Come soon, will be waiting."

"I'll be there on time sweetheart, don't worry."

I finished all the leftover tasks for the day and as soon as the clock struck 5, I plunged out.

For me, birthdays were still special. I remembered all the previous birthdays spent, I counted all the happy memories and some of them brought tears to my glittering eyes. I closed my eyes...Life...I was happy with it. My husband was the best ever husband in the world. I had two wonderful kids who were the twinkle of my eyes. I had achieved the job I was running after and accomplished all of my dreams, but still, I don't know why, I know not what for, but there was still a pang, a longing, a hollow in my heart. Some memories won't just let me sleep. I had been fulfilling all my responsibilities, I was contented with what I had but still, everything seemed like a compromise. I loved my husband, I cherished my children but some tears won't just dry up. My reverie broke with the brakes applied by the driver, "Madam, we are here."

I got out of the car. In front was the famous bakery shop in the town "Hot n Cool.”

I went to the counter, "I had ordered a cake with the name Ayesha Junaid.”

I was waiting, when it arrived.

I checked for the flavour and the name. The payment had been already made. I was about to leave when a young female voice caught me.

"One plain vanilla cake, ordered day before yesterday. Here is the receipt."

I turned around. A pretty young girl was standing in front of me in a white tee-shirt and airtight trousers. She had her earphones plugged in her ear and was rotating her chewing gum left to right. She was so carefree to notice someone looking at her.

I felt myself a fool at looking at her like this but the flavour "Plain Vanilla" caught my attention. It was my favourite flavour, but it has turned obsolete by now. I thought I was the only one who ordered the flavour but a young advanced girl ordering it was way odd for me.

Anyway, I picked up my cake and wallet from the counter and was finally about to leave when she exclaimed, "Hey is it your birthday also aunty?"

"Same to you aunty."

She then turned to the shopkeeper, "You see we both have the same birthday."

He spoke reluctantly as if it wasn't any exciting news for him, "Lots of people have their birthdays on the same day, what is new in that!"

And she made a face giving him a sharp look. It was now unable for me to contain my laughter, but still, I had to. Age makes you sound mature, though you are still a kid inside. I looked at her and remembered my days of craziness for a moment and then shook my head discarding those silly thoughts.

Meanwhile, she kept talking, "Aunty is there a party at your place? Forget it. You must not be having a big birthday party na now. But you know what, there is a huge party at my house today. Mumma and Dadda love me a lot na. I'm their only daughter na."

She kept on speaking, "Lots and lots of friends will be at my home this evening. Bhaiya jaldi le aiye na. Han to aunty I was saying ki I just turned 19 this year. The last year of my teenage. It's going to be a blast. What say?"

"Sure sweetheart. Enjoy yourself!"

And though I wanted to leave, I had to listen to her. Every now and then I would glance at my old titan to check the time, but she wouldn't stop.

Suddenly her cake arrived. I heaved a sigh of relief.

It was the same cake as was mine the only difference was the size. Mine was small and her's was big for the party.

On the cake was written, “Happy Birthday Darling."

"Your name isn’t written on the cake, are you named Darling?"

She laughed and she kept laughing for a minute. I found it weird and thought this act was her parting teenage tantrum. In my mind I even abused her.

She finally did stop.

"What really happened to you?"

She started laughing again, but thankfully she spoke amidst her crazy laughter, “Nothing aunty. I was sure you would be asking this. Every birthday I have to answer a question like this or of the flavour of the cake. Actually, it's all because of my Dadda. He has announced, no no actually he has passed a verdict or a kind of law or something that my birthday cake would be of no other flavour except the old Vanilla and would bear Darling, instead of my name. He loves me a lot na."

Now my mind was busy cursing both, the father and the daughter. It seemed both of them were mad, or if it's a genetic disorder.

I passed her a feeble smile, "Ok nice dear. I have to leave. Bye han"

And I advanced towards the exit when again I was annoyed as she shouted, "Listen, Aunty."

I turned to her when she came walking towards me, handing me a rose," Happy Birthday Aunty!"

I was pleased. I melted like butter all of a sudden. I was no more irritated by now. I hugged her back but I had to leave. It was already late.

I bid her a final goodbye and wished her once more.

I came out and was looking for my car in the parking when suddenly I, I stood where I was. There stood a worn and weeded out white Activa numbered ER 7229 at a distance of few more vehicles in my car's vicinity.

The number plate got blurred before my eyes. I stood stunned for a minute or two. In an impulse, I ran to the vehicle. I touched the number plate. I kissed the seat and the handles. My tears fell over the vehicle all over.

Soon I looked here and there. People were looking at me weirdly. Inside I was annoyed by the weirdness of a teenager and here I was in my 40s, acting like a kid. I composed myself and I realised I should leave, I had to though. I wanted to spend my whole life with that scooty but I had to leave before the owner turns up. I can't face him, no I can't.

I stood up, wiped my tears and turned around.

The same girl, I had encountered was standing behind me and was gazing at me in bewilderment. What was she doing here? Is she following me? Has she seen me crying and going crazy?

I kept my eyes lowered.

She didn't speak anything, she just passed me a smile. Oh, means she hasn't seen anything.

But what was that? She was operating the scooter, the white scooter, his...his scooter, our scooter. How I used to be on cloud 9 sitting on that very scooter with him! But why? Who was she?

Immediately I ran to her, "This...This is your scooter?"

She lifted her helmet up, "Yes aunty...what happened, any problem? Shall I drop you home?"

"Oh...It's so old na...Oh ya, these older people, they wouldn't buy anything new. My Dadda just doesn't sell this scooty. I don't know what he gets with it. He had promised me to bring me a new one but still hasn't. And he, instead of having a car, and another bike would drive this old khatara scooter. Do you believe it?"

And Yes...I was not able to believe what I had just witnessed. I was speechless, I wouldn't move. I stared at her in bewilderment.

She started the vehicle and began to move. I shouted, "What's your name?"

She turned around, behind her helmet she exclaimed, "Mihika."

After his marriage, we got separated but coz of common friends I got to know his whereabouts. I still remember when I got the news on my birthday that he is blessed with a baby girl the same morning.

Though not biological, she was indeed my daughter too, symbolically, being born on the same day. Religion and society kept us apart, but destiny connected the threads miraculously.

And how he had indirectly asked me to name her (of course through those same common friends) and I had searched for Modern Hindu names and came up with 'Mihika', never sure he would be actually naming her this, but today…!

Lost somewhere, decades ago, somehow I managed to sit in my car. I leaned my head against the backseat of the car and ordered the driver, "Play the usual track."

He showed his courtesy, “Sure mam."

The ambience of the car was filled with the song, "Meri Kismat me tu nahi shayad..."

And a few tears fell down my eyes and my lips murmured kissing the watch over my wrist, "I...I love you too" 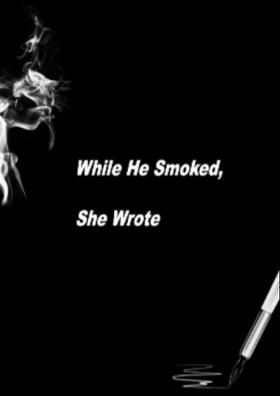 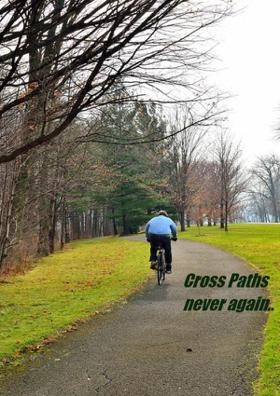 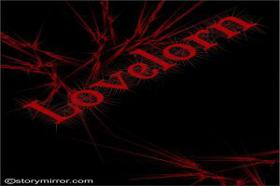 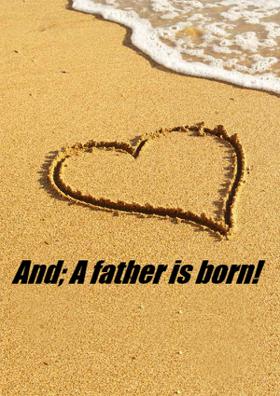 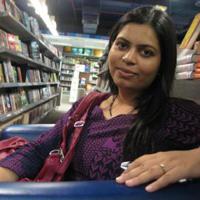