My eyes went towards the watch and it was 8 passed 20 of Friday evening which I assume is the best evening to get back home after work, but still, I was busy working. I didn't even realise it. This is what happens when you get the desired job, or you love the job you do. I became quite workaholic than before.

But my home was far from the office. I had to travel about 20 KM's in heavy traffic. These days traffic was on its best due to metro construction. They made roads like streets. Usually, I go by bus, but that evening I booked the shared cab.

I was fortunate enough to find the cab within such a short time and was also happy with the pickup time which just showed 9 minutes which is so rare with me. Message in the app showed "Pickup starting within 9 mins". One of my colleagues was pointing to the list of co-passengers in the cab booking app and looking towards me and trying to tease me. "Shruti huh?" - He uttered.

I passed the fake smile and just ignored it. I packed up my bag quickly and was waiting for the lift to come to my floor quickly.

I reached outside the office and was waiting for the cab. 5 mins of waiting, a cab stopped next to me. I cross-checked the vehicle number but that wasn't the cab I booked. After a couple of more minutes finally, my cab arrived. I went to the cab and I saw inside the backseat a girl was sitting, so I went to the seat beside the driver, but it was already occupied by a guy. So, I came back to the backseat and opened the door.

I saw the girl wearing a black dress and black shorts and I couldn't see her properly because the lights of the cab were off. She slid a bit only to give some space to sit. She was sitting a bit closer to me. The driver asked my OTP and I shared the OTP to him, and he said looking to me

I checked my pockets and bag and I didn't find a change of 30 rupees.

I said trying to speak in his accent, "Change nahi hai so, mere Kane ", (I don't have change)

He was quite cool and politely he said,

I was quite impressed, I said slowly, "Digital India, very good."

He didn't react anything.

I opened the Google Pay app, but a beautiful pop up came and asking me to update the app and I rejected it. I asked him, "Phone pay hain kya",

I looked to the girl who was sitting beside me, I asked her, "Do you have 50 rupees change.",

She looked to me and said, " Sorry, No I don't have ". What a beautiful voice it was. The way she said sorry with her beautiful voice it seemed like she was so polite that the change (Rs 30) she couldn't offer also felt like I already received it. The driver and the fellow passenger started staring at me.

The driver checked his wallet he found the change and he gave it to me. I looked outside the window only to find out that the shops looked over decorative, the lights were shining too much, the streets light were too sharp, the air I breathed felt fresh than ever, everything looked more beautiful than before and was enjoying it. Not sure if only I felt these changes all of a sudden.

A few minutes later, I heard the voice of the girl, "I have 20 rupees". - she said looking at me.

I looked at her and passed the smile and she smiled back.

Internally I was laughing at her innocence, she knew that I got the change back and she asked for it now which was a bit too late. Oh God! how innocent she was. I was wondering about her level of innocence.

Suddenly the cab stopped when I looked outside the traffic light had turned red. Thanks to the lights on roadsides which allowed me to see her face for the first time. I could see a glimpse of light on her face, blonde long hair with beautiful eyes round face with a sharp nose and a bit of more lipstick on her lips. I could not see any makeup on her face apart from overdosed lipstick, but she looked perfect to me. The amount of lipstick applied on her lips made me laugh internally which I controlled hard to keep it in. I was wondering how innocent she was.

I asked her, "Where is your drop?"

She said looking into my eyes, "Yes",

I thought to myself what kind of place this is, is it a place?"

I asked again, "No, where is your drop?" and I laughed.

She laughed too and said, "Garuda Mall."

After taking a bit of time, she replied, " ummmm, Ashoka Nagar" and passed another smile. Again, silent zone started, I thought of taking the conversation further, but I was running out of topics.

So, I opened my laptop and started with the task which I stopped in the office, and in my mind, I was thinking of some topics to talk to her further. I thought let's take some time, I will talk to her a bit later. Right when I was ready with some other topic to talk with her, she asked the driver to stop the cab, I heard her talking for the first time with anyone else in the cab other than me "Bhaiya idhar hi side me rok do".

I heard it and this left me with so much grief and regret that I could not speak anything more with her. It was hard to believe that she had reached her destination. It was around 20 minutes we were sitting together, and it just felt like not even 2 minutes. My heartfelt heavy. I was surprised and unable to believe something like this was happening to me. It never really happened to me before, although I have travelled enough in shared cabs with unknown girls travelling in it but never felt like even starting any conversation with them.

The cab driver stopped to the car on the side of the road, but she was sitting right side seat, vehicles were passing in speed, she was waiting to get road empty so that she can get down. she was looking kind of afraid. I noticed her situation and I told her, "Aap yahan se utar jao, Mai utar jata hu," and put my laptop inside my bag quickly and I opened the door like a gentleman.

I told her, "Come". The cab driver told her thanks.

She came out and she said, "Thank You".

We both were outside the cab, she was very close to me.

I said, "Happy weekend", and I smiled, and she smiled back. I got into the cab again. Now the road was full of vehicles. The traffic signal turned red. I went back to the backseat. She didn't look back at all instead she came back not much close to the cab but where we can see each other. I turned my head by 60 degrees towards left I mean towards her. I noticed she was looking at me.

I thought of waving my hand, but the driver and another fellow passenger were staring me as if I am committing any crime. Even some people who were standing on the footpath were noticing us. I was afraid, what if she won't wave back?

"Jo Hoga dekhenge, let's do it", by saying to myself I calmed down myself and finally I waved. She waved back and we exchanged the last smile. Now signal became green and cab started moving. I was blushing like hell. After a long time, a bright smile came back.

Boring shops outside the window started looking beautiful. My mind which was haunted by the past was replaced by her peaceful short time memory. That girl just made my evening though we didn't talk much.

Smiles we exchanged were damn beautiful and her innocence gestures I will miss it.

After thinking a bit, I remembered what my colleague said inside the office when I booked the cab.

"Shruti, at least I know her name ", So I can miss her. I will miss this unknown girl.

Some people come into your life even for a short time to realize your worth and to increase the level of confidence. No matter how horrible past you have. There are many Shruti out there for you to make you feel your worth. All we need to do is just patiently wait for the right time to come. Never give up. Be yourself, don't let your past ruin your present and future. Live and enjoy each moment of your life. Life is all about ups and downs. Be prepared for it. 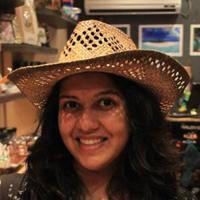 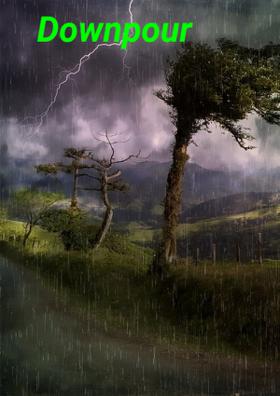 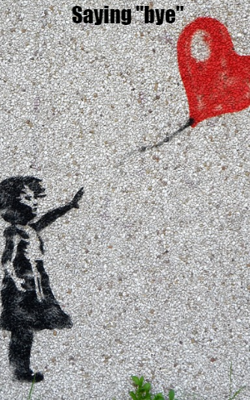 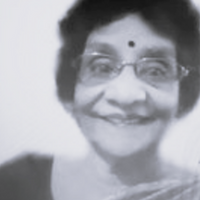 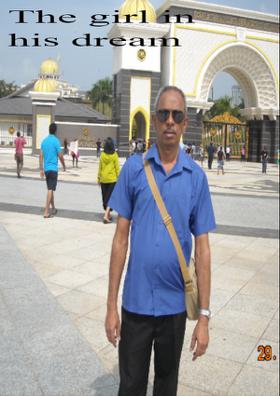